Not another whine in The Tablet? 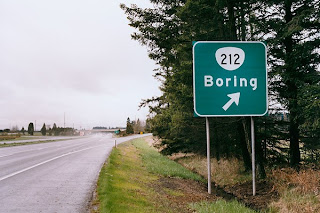 In the April 28th issue of The Tablet, which should not be sold in any Catholic parish, but is, as I have just discovered today, Phyllis Zagano writes on the disciplining of the LCWR, which has been in the news and on the blog, among many others. She writes, that "The general public--Catholic and non-Catholic alike--will view this latest foray as an attempt by a hierarchy whose influence is waning to silence women and to bar them from the halls of power more permanently. That the halls of power have moved from social media seems both the cause and the promise of the Vatican's actions. Overall, popular opinion clearly favours the women Religious whose ministry is better known and more widely accepted than the pronouncements of a hierarchy apparently blind to the moral shortcomings of too many of its own." Ummm, public opinion probably does not care a hoot about this issue, no offense.

This woman has just accused the hierarchy of both vanishing and not being in a moral position to correct anti-life, pro-abortion,pro-homosexual women who have scandalized the Church for too long in America and other nations. She also claims that the tension between the Vatican and the LCWR, which of course, has to do with obedience to the teachings of Christ and the Catholic Church, (get this),  "reflects the the distinctions between the ways in which men and women perform ministries in the Catholic Church" This is crazy gender-related pseudo-theology. In addition, Zagano states that  "The women are chided in the document as too devoted to social service and not devoted to matters of interest to the CDF--specifically questions regarding women priest, homosexuality and abortion."

Well, being that the CDF is concerned about defending the Faith and the LCWR is concerned with immoral activities and blatant disobedience to the sisters and nuns own vows, I would assume there is a clash of interests. So the liberal disagreement between pastoral theology and doctrinal theology rears its ugly head. The divisions in the Church are there and persons like Zagano do not help the situation.