On the fear of death among Catholics 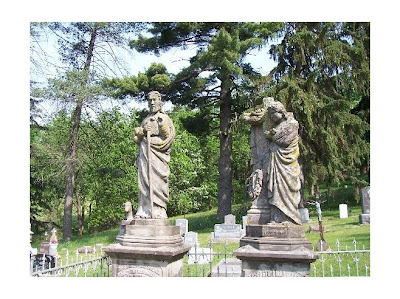 The photos are all from the first place to which some of my paternal ancestors came from Luxembourg, St. Donatus, Iowa. The last photo shows the tombstone of one member of that side of the family.


Catholics are increasingly afraid to talk about death. When I grew up, my dad and mom took me to funeral and funeral homes. People are afraid of death. That Catholics fear death is a sad development, as it means they have removed themselves from both reality and the Faith. Parents who shield their children from the reality of death are lying about a fact we all must face, the result of Original Sin. I was not traumatized by going to the wake of my Aunt Rose, when I was 12 or so, and I, of course, went to the funeral home when my sister died when I was seven. I was in a Gregorian Chant choir as a child which sang at funerals and memorial Masses. It all seemed natural.

Catholics seem to be doing a run around the goal by not talking about the four last things nor teaching their children that we must prepare for our particular judgment. Many Catholics do not know what the particular judgement is and are afraid to think of the sufferings leading up to death. 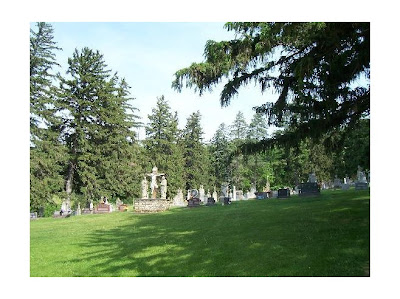 We have been brainwashed by the world to fear and loath suffering.

Now, I am not a masochist, who goes out of my way to find suffering. I may fast and do some penances as required by the Church, but God sends suffering for us to endure and transcend. I do not know one person who has not suffered something.

The fear of death feeds the retirement industries of playing until you die, instead of doing things which will help your salvation and that day of facing God. The retirement industry insists on allowing older adults to go on endless holidays, spend their pensions having a good time, and keeping the elderly from thinking. 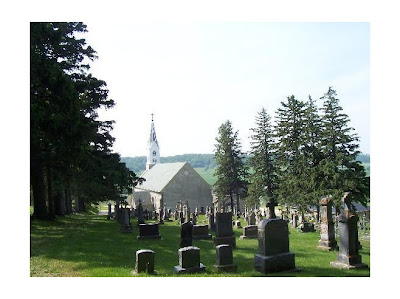 One must be still to think.

The pharmaceutical industry may or may not help us face death and New Age health stores which push Asian cures for every known ailment trap people into believing that they can cheat death and avoid suffering.

This avoidance of death is not new, but we should know better in 2012.

Euthanasia is a fear of suffering and a fear of death. It is the ultimate cry of despair from a world which no longer believes in salvific suffering and the value of facing one's natural death. Euthanasia makes believe, causes a pretense that you are in charge of your life and your death.

We are not in charge of either. And, Catholics of all people could know the truth of God being in control if only they stopped, listened and thought a bit more.

The fear of death feeds the health food and vitamin industry.

The fear of death feeds the industries which sell "youth" to those who are no longer young--Viagra and botox are part of this fear of aging and death.

It is natural to die

We must face death and be ready for that day when God calls us to stand in front of Him in Mercy and Justice. I pray that Catholics renew their awareness that the goal of this life is Eternal Life, and that we must pass through the agonies and sorrows of death to get there.

Christ has gone before us and He shows us the way. He is Life. 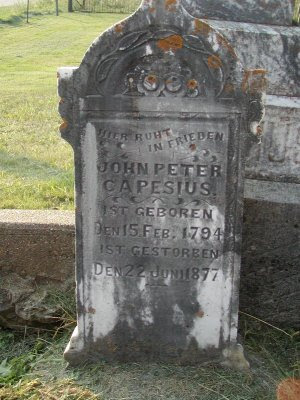 “Remember thy last end, and thou shalt never sin.”

I shall also write on the Four Last Things.