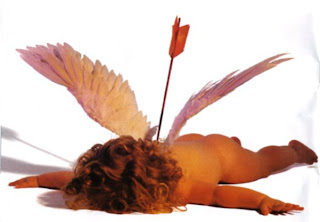 If one is a careful reader, I did state that some people have had to live single lives and can be holy in those circumstances. However, as a "call", this is a new post-Vatican II category which I reiterate, comes from a lie, the destruction of the family, and all the other reasons in that post.

Let me try and address some of the comments and e-mails.

Firstly, as to the call to be a hermit, this is actually a status in the Church and one must be under the authority of a bishop to be a real hermit. One is usually only a hermit after being in the religious life for many years, such as a monk in a monastery or a nun in a monastery, and taking vows in an order. Then, if a nun, priest or monk feels called to be a hermit, he or she petitions the bishop.

We have been led astray by modern terminologies which do not exist in the Catholic Church. One cannot merely "choose" to be a hermit outside the hierarchical structure of the Church, just as one cannot be a Consecrated Virgin without going through a bishop.

A layperson cannot be a true, Catholic hermit with standing in the Church, without special permission from a bishop. I have checked this out with a priest hermit, who explained the process to me. Lay people may call themselves hermits, but they really are not. If one is called to live a solitary life, that is an exception, and one must have a spiritual director who is orthodox. This is not a natural state for a human being. But, one should not call one's self a "hermit" as that means something more than just a solitary life. I refer to Catholics. What Protestants call themselves is another story.

As to Opus Dei having single Numeraries, that is fine, as they are part of a community, an order, which is Opus Dei. But, again, that would be a vocation which is not usual. They are not isolated and have the support of a group. These people are also a very small sampling in the much larger Catholic society. That they are lay, I do not dispute, but they are still not unattached in a sense of belonging to a group. These single people have made a COMMITMENT to something more than themselves.

I have met several self-proclaimed, "lay hermits" in Europe and they have all been heretics, and without spiritual directors. That sometimes people go to see them for advice is just plain dangerous and stupid.

Secondly, when I referred to dating in a particular class structure, I meant that in the older days, one was in a stratified social structure which facilitated good marriages. That people were meeting those with similar backgrounds, tastes, interests, even orthodoxy, was a blessing and helped couples get over differences or not even have such, which create disharmony in marriages. Now the dating game is hit or miss and oddly, the total responsibility of a woman to discern. In the old days, the family and community helped a woman discern. A similar thing happens with those who attend Thomas Aquinas College, or Christendom and others, for example. They meet like people, and many good marriage, as well as religious and priestly vocations, come out of those colleges. In 2012, most women are merely thrown out into the world to figure out who are the protectors, predators or peter pans, as in my earlier post.

Thirdly, I am not going to get into multi-cultural arguments over staying at home. I write for Westerners. I usually write for the Americans and the English, and Anglo-Saxons prize independence, which is a good thing. I think cultures which hinder adulthood by letting men and women stay in a state of adolescence by living at home (I am not talking about poverty, or Asia or Africa, which is out of my area of knowledge), have fallen away from Christianity, and are part of the culture of death. Putting off child-bearing is killing Europe. In a study a few years ago, it was revealed that one-third of the households in England were headed by single persons. THIS is not normal.

There is an optimum time for getting married, choosing a religious vocation (most orders have cut-off ages because of formation issues, which is excellent), having babies, having careers, supporting society and the culture. By not deciding on a vocation, one is avoiding responsibility. A man who is living at home in his thirties is not a man, sorry, at least by American and English standards. Part of being a man is taking responsibility for one's own life and not relying on others. We all have been brainwashed to think differently in this individual, selfish world of the West. I am not commenting on the East, and will not.

One may not understand American independence, but it is a sign of adulthood. And, I come from prairie stock. My ancestors left Europe at very young ages, one a young woman at 18, and I have nothing but the greatest admiration for what they accomplished in the Catholic Church as laity, as well as some missionary priests, some monks.

By the way, I am harder on men, as they are the ones who have to ask the lady to get married. That there are so many traditional, good Catholic women not married is not natural. That they may become saints by living alone is without a doubt, when I think of their excellent spiritual lives. But, this was not God's Perfect Will for them. The long list of unmarried women and men is a sign of our dysfunctional society. The lack of religious and priestly vocations is a sign of dysfunction as well. In certain, small communities, this may be changing, but not for most social groupings in the West.