From Leon Bloy, the apostle of suffering 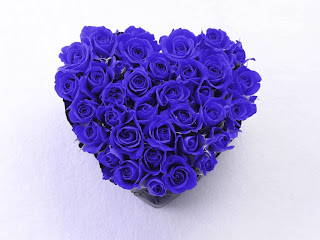 Jacques Maritain was an agnostic and his lovely bride, Raissa, was Jewish. They made a suicide pact that if they did not find truth in one year, they would die together. Then, they discovered Leon Bloy. He converted them and, as we say, the rest is history.

I discovered Bloy through my philosophical studies of Maritain. Bloy's books were in the library at Notre Dame, which houses the famous Jacques Maritain Center. I also had for thirty years the diary of Raissa, which I would like to find again. I gave it to a tutor of my son's. Raissa is definetly a mystic.

Bloy is hard to read if one is inclined to be rational. His message is ageless and truthful, but he is bombastic and emotional. Here is a sample, on suffering.

Love is recognized by this sign, and when this sign is lacking, love is but a prostitution of strength or of beauty. I say that someone loves me when that someone consents to suffer through or for me.

Well, we are — what, Lord God? — yes, we are the MEMBERS of Jesus Christ! His very members! Our unutterable wretchedness comes from our continually taking for figures or inanimate symbols the clearest and most living assertions of the Scriptures. We believe, but not substantially. Ah! the words of the Holy Ghost should enter and flow through our souls as did molten lead in the mouth of a parricide or a blasphemer. We do not understand that we are the members of the Man of Sorrows, of the Man who is supreme Joy, Love, Truth, Beauty, Light and Life solely because

He is the Lover eternally stricken with the supreme Suffering, the Pilgrim of the last torment, who, to endure it, rushed up through infinity, from the far deep of eternity, and on whose head have been heaped in an appallingly tragic unity of time, place and person, all the elements of torture, collected from every human act performed during each second, over the whole surface of the earth, for the length of sixty centuries!

from Pilgrim of the Absolute by the Maritains.