Simplicity of Life Is Not Enough

There is a fallacy among Americans, at least, that simplifying a lifestyle is enough for happiness.


It is a start, but the search for Zen-like gardens and minimalist furnishings in a house, which has been so popular for the past twenty years or so. is a mere deception.

Simplicity of life means nothing if the goal is not holiness. If we merely want to avoid tremendous responsibilities and clutter, simplicity is a temporary not eternal solution.

In and of itself, there is nothing salvific about a simple life.


I have known two wealthy people seek out the simple life. One went to live in the mountains of upper state New York. He lived in a small château at the edge of the mountains. He learned hunting and shooting and read Japanese and New Age spirituality on the simple life.

Yet, he lived without repenting of some serious sins. He was not a happy man. He was trying to simplify his life in order to find meaning. The meaning was not in the simplicity but in his facing the need to become a new man in Christ. I hope he found Christ. 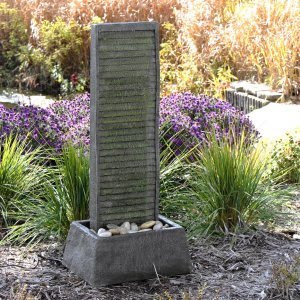 One thing which can cause us to lose simplicity is too much activity. We do not have to do everything we think we must do. Busyness can be a sign of a lack of inner simplicity. Part of real simplicity is seeing what is around you, paying attention to details and then moving into the peace which only God can give in giving up those details. That is part of contemplation-letting God purify the imagination and our hearts.


The second person, a millionaire, did something similar. This very good person simplified his life and dropped membership in the country club and pulled back from what he saw as the empty pursuit of California social life at the very top echelons  He did simplify, but could not believe in Christ. He tried to deal with the reality of the Incarnation and live a moral, generous life, but he never became a Christian. Simplification did not lead him to Christ. It lead him to a new level of clarity of thinking, but not to the step of accepting Christ as his Saviour and God.

Simplicity is a beginning, but never an end in itself. This is true of so many things we choose to do, but if the goal is not oneness with Christ, we shall never find true meaning.

Part of the mystery here is that Faith is a gift. Some people strive and strive, and never take that step in admitting that Christ is True God and True Man. 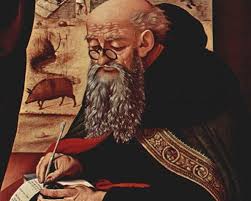 The desert fathers lived extremely simple lives, but not for the sake of simplicity. They lived day to day in poverty for one reason.They were in love with God.

If we seek the means to become holy, we must fall in love with God. Then, simplicity becomes an act of worship and a sharing in the mystery of love.

Simplicity then becomes a means to concentrate on Christ, the Beloved more and more without distractions. Suffering pares away the excess.


One of the saddest days of my life was when I was in Mississippi helping out after Katrina. If one did not see the horror of that storm, the damage and disruption, one cannot understand what people experienced. The sad thing I saw was not the devastation, but a person I met who immediately built a bigger and better, more extravagant house than he had before the storm. He was very wealthy, but had learned nothing by losing all his belongings. To make the point more pathetic, he established his new house in an area of destruction in the style of a Roman villa. with Zen influences. It was as if a survivor of the Fall of the Roman Empire just moved to another area and built another pagan temple to the same gods who had not protected him-those gods who cannot see and cannot speak. The entire project seemed so futile and empty to me. Had this person learned nothing from his huge loss except to build something bigger and more outrageously elegant? Yet, he did it in a Zen style, as if to say that he had learned simplicity. A hut would have been more appropriate. Everyone else at the party was praising his project. I felt sick and saddened that he was still in the dark,  but was covering his grief with a panacea which would not cure his inner emptiness.

There were so many stones in the house, I was afraid to turn around and start an avalanche.


Only love changes us. If we can reach through the suffering and loss and find God Who waits for us in the ruin, we have learned the lesson of dying to self.  Then we find love.

If I love someone, do I not want to be in his presence and just be there?

Simplicity allows us space to love God, not merely space.

The Eucharist is our example of extreme simplicity. So is the Babe in the manger. We can approach the God Who gave up all in order to be like us. Therefore, we can give up all to be like Him.