In The Tablet, and read the comments from those who call themselves Catholic 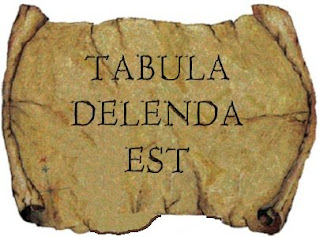 I do not understand this type of fudging on clear and pastorally sensitive Church teaching.

Methinks he doth protest too much.....and, when the super-sensitivity about the courageous priests who signed the Telegraph letter? http://m.thetablet.co.uk/blogs/445/17 vs. http://supertradmum-etheldredasplace.blogspot.co.uk/2013/01/bravo-brave-priests-and-bishops.html

In addition, his underlining philosophy regarding society's role in all of this smacks of socialism and not Catholicism.

Gay marriage debate: aggressive posturing by Church serves no one
Fr Martin Boland, Dean of Brentwood Cathedral18 January 2013, 9:00
Although I am opposed to the coalition Government's plan to recognise same-sex marriage in law, I have, nevertheless, been left feeling uneasy about some aspects of the debate surrounding this subject, and in particular by the manner and terms in which the problem has been discussed.
It is true that respectful and thoughtful debate has taken place. I am grateful to those teachers in the Church who have tried 'to speak the truth in love'. They have sought to present the Catholic position in a way that is reasonable and theologically compassionate while recognising the lived experience of those involved. On the Feast of the Holy Family, I read Archbishop Vincent Nichols' pastoral letter on this subject to the people of my parish. It was a model of moderation, pastoral sensitivity and clear reasoning.
However, there have been those within the Church who have chosen to employ intellectually blunt and confrontational arguments when discussing this matter. As the temperature of the debate rises, so there is a danger that their voices will become more strident. I wonder how helpful this is?
Although the polemical sound bite may capture the attention of the media, I wonder if it helps us address the complexity of the issues raised in a mature and informed way? Is an adversarial approach to those who disagree with us, the correct way to appeal to the reason and consciences of men and women? Whether this Government finally succeeds in introducing this legislation, what many people both within and outside the Church will remember is the language and demeanour which was used to present our arguments.
These questions are also of more general concern and are particularly pertinent to those who hold any teaching position or claim any theological competence within the Church. Responding to the issues of our age with a militant defensiveness, or a prescriptiveness that oversimplifies issues will not serve us well. The frustration the Church might feel in the face of liberal modernity should not be used as an excuse for a kind of latent ecclesiastical aggression. Sabre-rattling may make us feel manly, but it also deafens us both to the truth of people's lives and God's will for us. If those who teach in the Church choose to communicate in an idiom which alienates significant numbers of people then the liberating message of Christ risks being either treated with suspicion, received selectively or completely rejected. Seeking to patronise or infantilise the laity in this area can only serve to weaken the teaching authority of the Church.
Good teaching depends on a profound humility. None of us possesses a complete, final knowledge of all things. For example, our understanding, as many commentators have made clear, of the nature and meaning of the homosexual orientation is, at this point in time, incomplete. We may have a greater understanding of this sexual orientation than a century ago, but there is still more for us to know, to question and to understand. We should therefore hesitate to offer lapidary judgements about those who possess this orientation and humbly recognise that simplistic readings of natural law in this regard may not be entirely helpful.
People may have a very clear idea of what the Church's teachers do not find acceptable. But can those same teachers articulate any viable and life-giving ways by which people might live? For example, what, if any, social, legal or moral respect should those with a homosexual orientation be afforded?
On Saturday a letter was published in The Telegraph. It was signed by over 1,000 priests. I was not one of those because I knew nothing about this letter. Our ecclesial unity and sacerdotal identity are jeopardised if responses to important issues are managed in such a way that they do not involve the whole presbyterate. We should resist the creation of a two-tier presbyterate - those with a voice, who appear to have influence and those who feel they have neither voice nor influence. Priests need to be sure that well-meaning groups who feel strongly about certain issues have the considered approval of our bishops. In all our arguments and campaigns, preserving our unity in faith must take priority. If that does not happen, then it may be that we do not only lose the argument of the day but we lose our very reason for being.
Fr Martin Boland is Dean of Brentwood Cathedral and parish priest of Holy Cross and All Saints', Warley