Many of my readers have followed the long perfection series and some have been following the series on home schooling.

Now, a happy combination of thoughts allow me to write on both more succinctly. Do you remember in the perfection series when I wrote about Garrigou-Lagrange pointing out that we must deal with our predominant fault? Here are some of those posts.


Etheldredasplace: Perfection Series Again-Pride
21 Jul 2012
In Chapter 22, the great Dominican writes of "The Predominant Fault".The holy priest lists most of the obvious sins, but I want to highlight one, but in a different manner. We know that Pride is most likely the worst of all sins and ...
http://supertradmum-etheldredasplace.blogspot.com/

22 Jul 2012
Garrigou-Lagrange states that "it is of primary importance that we recognize our predominant fault and have no illusions about it. This is is so much the more necessary as our adversary, the enemy of our soul, knows it quite ...
http://supertradmum-etheldredasplace.blogspot.com/
Perfection Series continued-the predominant fault--four
24 Jul 2012
Perfection Series continued-the predominant fault--four. Posted by Supertradmum. St. Augustine tells us, using Garrigou-Lagrange, that God never asks us to do the impossible. If God desires us to be one with Him and He ...
http://supertradmum-etheldredasplace.blogspot.com/
Etheldredasplace: Predominant Fault Three-perfection series
22 Jul 2012
Our wills must respond to God like a damsel fly in the air, turning directions quickly and deftly. Promptness of will means two things. That we are listening and in sanctifying grace. Garrigou-Lagrange writes, referring to a ...
http://supertradmum-etheldredasplace.blogspot.com/
Etheldredasplace: Thank you, Jesus Christ and Michael Voris for ...
30 Jan 2013
More than fear as a great evil, the state of living in a hidden sin, allowing one to keep on sinning and not dealing with the predominant fault, keeps people from the Truth, Now, here is the really COOL THING. Dr. Montessori in her book on the child in the Church, has a chapter on The Spiritual Training of the Teacher. What is so wonderful is that Dr. Montessori has a Thomistic background. I have another book which is out of print (in a box in Illinois) which are notes of a Thomistic Conference discussing Montessori in terms of Aquinas.

But, this chapter, to which I am referring reveals her deep understanding of the necessity of a teacher, and in this case, a parent, to deal with the predominant fault.

Rightly so, the author points out two of the greatest sins in those who raise and form children.

Pride and anger. Now, one must find out what one's predominant fault is, but I want to emphasize a few points from this chapter.

One, pride is allied, as the good doctor states, to anger, and one reacts to authority in anger when one is proud. For example, and this is my example, some married couples become angry when faced with the Church's teaching against contraception. They make excuses and fall into lies. They believe that NFP is a way of life, instead of a temporary solution to exterior pressures on the family and so on. Such parents are not open to orthodoxy.

Two, Montessori states that we cover up our main fault in two ways. By disguising our fault "under the pretext of noble and necessary duties"and by surrounding ourselves with people who act like we do. Again, in my example, those who do not see that the use of condoms, or the continual use of NFP are sinful acts, surround themselves with like-minded people, including priests whose consciences have been badly formed.

The same is true, Montessori points out, with all the seven deadly sins.  People avoid facing this predominant fault.

Now, to be able to teach and form children, one must deal with both anger and pride. Daily, it becomes more difficult, writes Montessori, in agreement with Garrigou-Lagrange, (it would be interesting to know if she had read him), and one becomes defensive about one's main fault.

Montessori points out that a child, that children, feel the effects of these two main faults, pride and anger. And, in order to deal with these in the teacher, and in my extrapolation, with the parent, the child becomes defensive-fear, deceit, timidity, caprice, and many other signs of unhappiness in the young child can be a result of such.

Let me remind parents of what they know and what Montessori emphasizes. To the young child, an adult in authority represents God Himself. And ,it is only, as she notes, when the child begins to grow up, that the adolescent or adult child realizes the tyranny he may have been under. Old faults or sins in the adult can be traced many times to childhood patterns of dealing with highly imperfect parents.

Anger and pride in a parent seriously effect the home schooling environment. I wish I had been much more aware of the predominant fault when I was raising my son. But, God is good and helps us and our children.

For those who teach, especially parents, the work of perfection is more, then, than one's personal relationship with God. Love, as St. John of the Cross notes, is the goal of perfection. Montessori repeats this by noting St. Paul.

But, as a teacher there is an added dimension. And, here is the key, which must be understood in a special way for Catholics. Charity is absolutely needed in teachers, in parents. 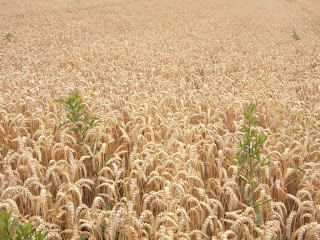 Most teachers in our day and age see two things in children-they either see only the bad for correction or they do not see the goodness which is a result of grace and nature. They see a false interpretation of goodness, denying Original Sin, as many Catholics do, now believing in universal salvation, which creates a false impression of innocence or goodness in the child.

Pay attention to the distinctions here. Maria Montessori warns against confusing real love and seeing goodness with the "vague forms of optimism".  One does not call evil good, but one finds the good which is there always in the person.

Too many parents do not discipline because of their own predominant fault. They do not want anyone telling them what to do in their spiritual lives and therefore, they do not see how this effects their children.

Montessori writes, "The kind of goodness to which everything seems good and evil non-existent is, therefore, something totally different from the charity which is necessary to become good teachers to the young."

She uses an extensive modern comparison in the growing of wheat and corn. The kernel of the truth here, to make a little pun, is that all seeds need nourishment, weak ones and hardy ones. As she states, "Good conquers evil or evil conquers good....The fact is, therefore, that if good things are not nourish, we suffer not only from the lack of them, but also from presence of worse things."

One must cultivate the good in children and that demands real love from the parents Real love, not sentimentality.

I shall continue on this theme in the next post.