Bears Repeating; from My Post in February on The Guild Blog

Posted by Supertradmum
A Time-Machine Back to 1581: the Death of an Enlightenment Democratic Monarchy In this day and age of relativism, camps of opinion arise like midges on a hike in Alaska.
One brushes away one set of  "arguments", only to find dozens flying into one's face.
The media frenzy over the events of the past three weeks is not going to subside.
On the contrary, we Catholics are entering into a new era of Church-bashing which will not go away.

I watched two days of the Parliament hearings of witnesses regarding the civil union or
rather same-sex-marriage act. I usually do not watch television, but I was visiting a friend
who wanted to watch this swarm of opinions based on sola fide, sola scriptura;
each man and woman on the panel proved to be his or her own pope.

The Church of England witnesses, as they were called, had eloquent and keen questions and answers.
So did Archbishop Peter Smith and his legal team. I was impressed by the firm and clear positions given by
these two groups.

What did astound me was the out and out rudeness of some of the questioners, all of them MPs,
not to be named here. One can look at my blog for names. I merely want to point out the lack of respect towards those representatives of organized religion. At several places in the presentation of answers by
Archbishop Peter Smith, some members laughed out loud in derision for the Catholic position on marriage,
pre-marital sex, and our anti-contraception, anti-abortion positions.

What came to my mind was that I could have been in a time-machine, taken back to the
interrogations of Edmund Campion, Ralph Sherwin, or Robert Southwell et al.

The entire meeting of this Parliament panel on both days was a sham. The smug hypocritical statements
of the members of Parliament shone out like words of old transcripts in a history of Recusant trials.

Parliament in 2013 mirrors Parliament in 1581, or 1585 or 1681, this last the year of the martyrdom
of St. Oliver Plunkett. I have seen his head in St. Peter's Church, Drogheda. His face is peaceful, but reveals pain.

We honour martyrs in the Catholic Church almost daily. We of this Guild honour Titus Brandsma,
who was martyred and is a Blessed. But, do we really want martyrs in 2013?
Do we feel uncomfortable watching Peter Smith being derided? Do we want our leaders to stand firm
on the ancient teachings of the One, Holy, Catholic and Apostolic Church? 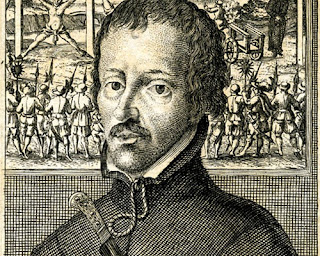 I hope we stand with our real Catholic leaders.

I hope we can see clearly that the actions of Parliament will lead to the type of society created under
Henry VIII and Elizabeth I, where those who kept the Faith were fined, suffered financial loss, ruin,
disgrace, if not martyrdom. Catholics will not be able to be registrars or superintendents of registrars.
Catholics may not be able to be teachers in some schools. The Catholic priests may be in a position of
disobedience to certain laws after judicial decisions.

Parliament acts just as it has since the Protestant Revolt. Parliament was given powers over the
private consciences of the people of Britain and it will take those powers and use those again and
again and again. Five hundred years of practice makes this pattern of oppression all too easy. There are precedences.

I hope those who belong to the Guild of the martyr Titus Brandsma know how to stand firm
in the storms that will blow across Great Britain. We have an excellent example.
Brandsma upheld the bishops' decisions and the clarity of teaching that Catholicism and Nazism clashed.
Catholicism will always clash with falsehood.