The Next Levels of Prayer-After the Dark Night

Posted by Supertradmum
People ask me is God can skip steps. God can, but people cannot. We are made up of body and soul, and our nature is such that we grow in steps spiritually as well as physically. The timing of the steps can vary, of course, with great young saints, such as St. Gemma Galgani reaching great heights through grace quickly. 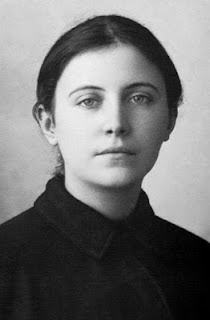 God decides our time-table, but, we must cooperate. Too often, we choose not to cooperate, as it is too hard to face the purgation which must happen in the Dark Night. Now, some people, especially young saints, do not have much purgation. Obviously, the more sinful we are and the older we are having lived, perhaps, unreflective lives, the more intense, and, therefore, perhaps, the longer the Dark Night. We cannot imagine so wonderful a soul as Blessed Mother Teresa as being in the Dark Night for such a long time, but that was God's Will for her.

After the Dark Night, the infused prayer of the passive recollection occurs, which is the beginning of contemplation. This is a prayer of quiet and these stages are part of Mystical Prayer.

St. Teresa describes initial infused prayer, that of supernatural or passive recollection, which precedes the prayer of quiet, as follows, with Garrigou-Lagrange's comments towards the end:

This is a kind of recollection which, I believe, is supernatural (like the prayer of quiet). There is no occasion to retire nor to shut the eyes, nor does it depend on anything exterior; involuntarily the eyes suddenly close and solitude is found. Without any labor of one's own, the temple of which I spoke is reared for the soul in which to pray; the senses and exterior surroundings appear to lose their hold, while the spirit gradually regains its lost sovereignty. . . . 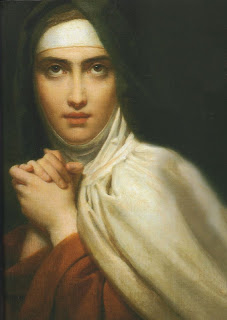 But do not fancy you can gain it [this recollection] by thinking of God dwelling within you, or by imagining Him as present in your soul. . . . By the divine assistance everyone can practice it, but what I mean is quite a different thing. Sometimes, before they have begun to think of God, . . . the soul is keenly conscious of a delicious sense of recollection. . . . Here it is not in our power to retire into ourselves, unless God gives us the grace. In my opinion, His Majesty only bestows this favor on those who have renounced the world. . . . He thus specially calls them to devote themselves to spiritual things; if they allow Him power to act freely, He will bestow still greater graces on those whom He thus begins calling to a higher life.(30)

The saint adds: "Unless His Majesty has begun to suspend our faculties, I cannot understand how we are to stop thinking, without doing ourselves more harm than good," (31) for then we would remain in idleness or the somnolence of the quietists.

"The supernatural recollection" which St. Teresa describes in the preceding passages is clearly a mystical prayer, the beginning of infused contemplation, for which simplified affective meditation prepares the soul.(32)
Now, I have written on quietism on this blog before-it can be a dangerous trap. The real infused recollection, leading into infused contemplation and the prayer of quiet are the fifth and sixth states of prayer found only in the Illuminative State. This can happen according to some writers after the complete purification of the senses and before the complete purification of the soul, while some authors state that the purification of the senses and that of the soul happen together before the Illuminative State.
In other words, the Dark Night would, in either case, completely finished before the Unitive State, and before the levels of prayer in that state, the subject of the next two posts on this subject.
To be continued.....
Get The Ways of Mental Prayer which Fr. Ripperger recommends. I have not read this myself, but would love to do so.