Pope Francis Absolutely Correct On This

I wrote a lot about the first genocide in the past. Thank God, truth has more and more emerged on this suppressed information. I am sure Turkey will not be the first to remove their ambassadors once the real lines of division become more clear about so-called "revisionist" history some nations and some peoples insist upon writing and teaching.

Check out some of my past posts using the tags. 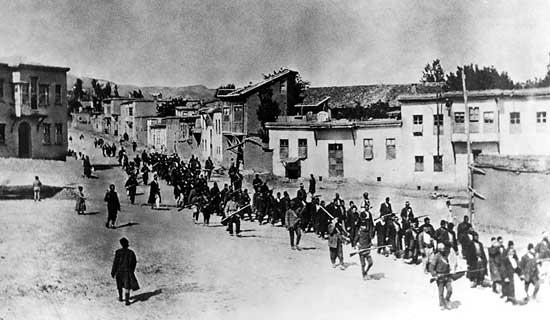 Francis, who has close ties to the Armenian community from his days in Argentina, defended his pronouncement by saying it was his duty to honor the memory of the innocent men, women and children who were "senselessly" murdered by Ottoman Turks.
"Concealing or denying evil is like allowing a wound to keep bleeding without bandaging it," he said at the start of a Mass in the Armenian Catholic rite honoring the centenary.

Francis is not the first pope to call the massacre a genocide. In his remarks, Francis cited a 2001 declaration signed by St. John Paul II and the Armenian church leader, Karenkin II, which said the deaths were considered "the first genocide of the 20th century."

More false historical attempts to make a certain revision of history...sad, as one cannot understand one's self out of context.