The Virtue of Compassion

Posted by Supertradmum
Compassion must be the most misunderstood virtue in today's world.  It is increasingly obvious that few people in America have true compassion. The train wreck out East a few months ago created chaos, and witnesses noted that some passengers were walking over those who were injured. A lack of compassion....Lately, we saw a minority woman pleading with violent demonstrators not to wreck her business, as she was a single mom who had worked for years creating a decent lifestyle for her children...the business was torched anyway...a lack of compassion. 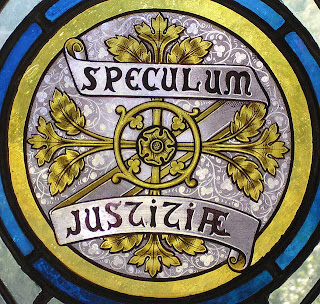 Narcissism stops the growth of personal virtue. Narcissistic societies reward narcissist and not the compassionate. One of my great-grandmothers, who came from Bohemia, lived in St. Louis. During the depression, my mother, who is 87, but was then a little girl, remembers her grandmother feeding tramps on the back porch, tea and sandwiches, without being able to speak with them as they only spoke English and she only spoke Czech---compassion.

Justice and mercy must grow out of compassion. We call Mary the "Mirror of Justice" as she gave us the Saviour, and as her humility reflects the clarity of justice and mercy of God. She is, as we say in the litany, prudent, faithful, merciful, just, wise....She, as the Model of Humility, reflects compassion.

But, over the past three generations of the passing on in families of gross individualism, the lack of virtue training in children, the ideal of getting rich, staying single, and having fun, the lack of teaching the needed moral framework of sacrifice and the Ten Commandments, has led to an increase in narcissism to the point where it is no longer considered either a psychological or an illness. Even the word sacrifice is considered offensive and nasty.  A good friend of mine once said that he never considered sacrificing or doing penance, or mortification, as he saw that as unnecessary for humans. We talked about it for awhile and then I realized that he had chosen his single lifestyle in order not to engage with anyone or their problems. He had created a little bubble of narcissistic comfort and no one would pop this bubble, if he could help it...not even God. lad


Actually, the virtue of compassion comes after one has been stripped of one's own sins in the Dark Night, when one has come to the patience of humility, when one sees that one is part of the stream of the love of God flowing out into the world. Pride stops compassion. Arrogance nails it to the Cross. Gross selfishness mocks it.

Compassion makes one vulnerable, open, at the disposal of others, be it one's husband, baby, children or the larger community. Without compassion, there can be no community, no real family life, no holy marriages.

Purgation first, then one finds out the truth of one's self, that one is a sinner just like everyone else--this is the first step. 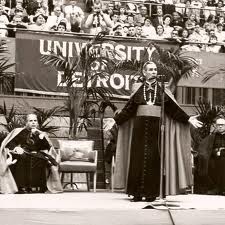 Then, the acquiring of humility through this purgation, which allows one to love God, because one is grateful for salvation and for the constant love of God.

Then, compassion for others, the result of loving them in God and with God.

We do not have the ability to be freely compassionate without the love of God flowing through us into the world.

But, compassion is not gooey love, but tough love. Real compassion cares not only for
bodies but for souls. I remind readers of my many posts on the  corporal and spiritual works of mercy. There was a man who spoke with compassion and with tough love. This man was Fulton J. Sheen. He captured the imagination of a generation with his unfailing honesty,  and his ability to speak the truth to millions in an attractive, intellectual, yet compassionate manner.

He was not liked by many of his fellow bishops, who wanted a comfortable life, and who chose faux-compassion by supporting abortion and birth-control, as well as the cozy false American dream.

Many people will go to hell because they refuse to pop their bubble of complacency and comfort. They chose a false heaven on earth and forfeit the real deal of everlasting joy with those to whom they could have shown compassion.

and here is a repost on narcissim, which kills or prevents the growth of compassion In psychology, there is a part of the underdeveloped person who falls into the category of being narcissistic labelled "narcissistic awe".  Narcissistic awe may be described as the judgment of the narcissist who sees the parent or adult as either completely good and wonderful or completely bad. The person is incapable of seeing someone as a good person with faults and flaws.This type of view is found among those with a narcissitic personality disorder. That person cannot see adults in authority as anything but in black and white terms.A healthy child grows up realizing that his parents are good people but imperfect. He will not either demonize nor idolize the adult.Now, I have been watching many people in the traditional camp of Catholicism turn against this present pope. They have demonized him to the point of denying any good in this man. Some of their judgment is based on faulty media reports, but some is based on the problem of  "narcissistic awe".Those who blame this pope for the evils of other priests and for the evils of the Church are exhibiting the downside of the "cult of personality", which, imo, grows out of  "narcissistic awe." In other words, these people adore one pope unrealistically and hate another one unrealistically.Popes, and, indeed, the Church of the past are idealized, into persons and institution which never really existed. I have written on the false romanticizing of the past concerning the Church before, but now I am writing about the root cause-narcissistic awe.Very often, people who seem religious fall into this cult of personality growing out the inability to look at the adults in their lives realistically. One young person I know was abused as a child, but instead of demonizing the parent, she has fallen into deceitful idolization of that parent. She could not face her own pain, and her adult life reflected deceit in other relationships.This may seem both impossible and amazing, but her own narcissism will not allow her to see the emotional truth of the situation.So, too, with the pope blasters, who cannot see him as an imperfect man, chosen by the College of Cardinals, to be the pope. That he deserves the respect of office seems obvious.Because of the decay of the healthy family, there seems to be more narcissists about than in the past. And, many of those in the Church are into papal blasting on a daily basis.Time to look at narcissistic awe as the root of this cult of personality gone wild and on the negative side at this time in history.to be continued....and see these postshttp://supertradmum-etheldredasplace.blogspot.com/2014/03/the-forgotten-past-has-been-romanticized.htmlhttp://supertradmum-etheldredasplace.blogspot.com/2014/05/memoricide-and-memory-continued.html