Posted by Supertradmum
From the notebook of an attendee of the Evangelium Conference: 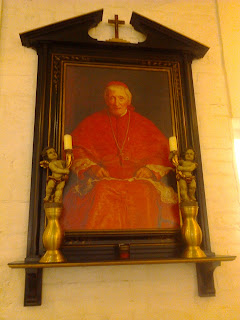 Evangelium Conference is held in The Oratory School, Nr Reading, England which over looks the Thames Valley.  A beautiful setting to the school which was founded by Blessed John Henry Cardinal Newman in the 19th century.  This year for the first time it was full.  Its for young Catholics between the ages of 18 to 30. 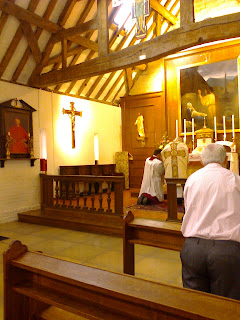 Subjects covered were Marriage and the Spousal Mystery of the Church, Islam and Evangelisation, Liturgy as a School of Virtue, Abortion, Feminism and the Status of Women and a talk given by one of the organisers Fr Marcus Holden on The English Pilgrimage Tradition. Fr Marcus is the rector of the Pugin Shrine of St Augustine, Ramsgate, Kent. 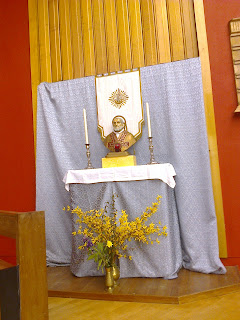 The final talk was given by Dame Joanna Bogle on The Theology of the Body and our Future. 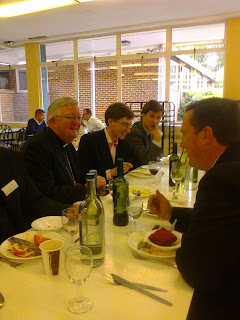 TLM was celebrated early each morning and Novis Ordo later in the morning.  Each facing the east.  Adoration of the Blessed Sacrament till midnight ending with Benediction on Saturday.  Music played a big part in the Liturgy with the singing of the Anima Christi, Psalms, Alleluias and a lovely piece called Ecce Sacerdos Magnus. 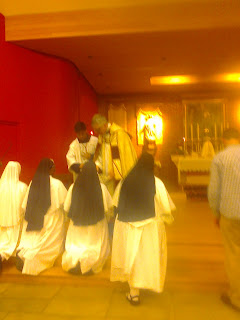