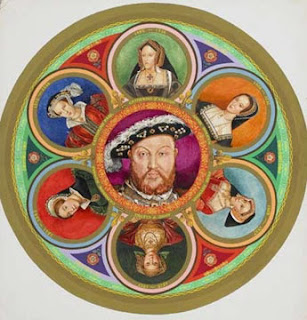 This is the sin we understand. The ones we do on purpose are the most evil. Here is the great Dominican on this type of sin. Malice becomes obvious when one has sinned. Malice aforethought is the definition of murder.


THE SIN OF MALICE
In contradistinction to the sin of ignorance and that of frailty, the sin of malice is that by which one chooses evil knowingly. In Latin it is called a sin de industria, that is, a sin committed with deliberate calculation, design, and express intention, free from ignorance and even from antecedent passion. The sin of malice is often premeditated. This is not equivalent to saying that evil is willed for the sake of evil; since the adequate object of the will is the good, it can will evil only under the aspect of an apparent good.
Now he who sins through malice, acting with full knowledge of the case and through evil will, knowingly wills a spiritual evil (for example, the loss of charity or divine friendship) in order to possess a temporal good. It is clear that this sin thus defined differs in the degree of gravity from the sin of ignorance and that of frailty. But we must not conclude from this that every sin of malice is a sin against the Holy Ghost. This last sin is one of the gravest of the sins of malice. It is produced when a man rejects through contempt the very thing that would save him or deliver him from evil: for example, when he combats recognized religious truth, or when by reason of jealousy, he deliberately grows sad over the graces and spiritual progress of his neighbor.
The sin of malice often proceeds from a vice engendered by multiple faults; but it can exist even in the absence of this vice. It is thus that the first sin of the devil was a sin of malice, not of habitual malice but of actual malice, of evil will, of an intoxication of pride.
It is clear that the sin of malice is graver than the sins of ignorance and frailty, although these last are sometimes mortal. This explains why human laws inflict greater punishment for premeditated murder than for that committed through passion.


Adam and Eve knew what they were doing. The Angels did as well. This type of sin is so serious it is mortal. The other sins can be mortal as well, as noted above.


I would like to continue with a few more definitions. There are connected serious sins in the list this past week which flow from pride. These are seen here in his book:

According to St. Gregory and St. Thomas,(12) pride or arrogance is more than a capital sin; it is the root from which proceed especially four capital sins: vanity or vainglory, spiritual sloth or wicked sadness which embitters, envy, and anger. Vanity is the inordinate love of praise and honors. Spiritual sloth saddens the soul at the thought of the labor involved in sanctification, and at the thought of the spiritual good of good works because of the effort and abnegation they require. Envy inclines us to grow sad over another's good, in so far as it appears to oppose our own excellence. Anger, when it is not just indignation but a sin, is an inordinate movement of the soul which inclines us to repulse violently what displeases us; from it arise quarrels, insults, and abusive words. These capital vices, especially spiritual sloth, envy, and anger, engender a wicked sadness that weighs down the soul; they are quite the opposite of spiritual peace and joy, which are the fruits of charity


Many good Catholics think they are just fine exhibiting these sins. They are self-deceived. We need to pray and do penance. Sometimes accepting the crosses of our lives is penance for these sins.