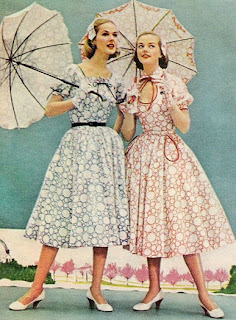 My mother use to sew and sometimes we had matching, but not quite, dresses. I was learning to to her. This was a good thing. 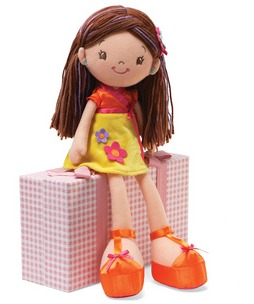 The other day, I saw a little girl about five out with her mum shopping. The little girl (British children are so cute) had two dolls with her, not one, but two. They were well-loved and "rag dolls", not high-end specialty, collector dolls. It was charming to see how she cared for them in her little travels on the street of shops and restaurants. Obviously, she was not going to keep them at home.

I have not seen girls with dolls as much as I did 20 years ago. I remember the time, when we were living in Dorset, when the little girls had miniature "push-chairs" and pushed their dollies and teddies around the town where we were living. Role modeling is part of learning gender based roles.

However, as reported here last week, the EU states that gender is a man-made construct. What? We are so far removed from nature and natural law that if we allow our female-children to play with dolls, they will become enslaved by the old ideas of motherhood and stay-at-home moms.

I am not sure we can change the monster of depravity regarding sex and gender around at this time.
By the way, communists leaders years ago pushed for an androgynous society. It serves the state better and omits nasty things, like Protectors; that is males who would fit for their women.

To state that gender is a human construct is to deny the Creator. Men and women are different and God made us that way. I am happy in my femininity. I do not want nor need to be a man.

God bless the three or four men in Aurora, Colorado for giving their lives for their girlfriends. How fortunate for those women that they experienced, although sadly in the death of their men, Protectors. At least three who died were either in the military or had been and were in the process of re-enlisting. 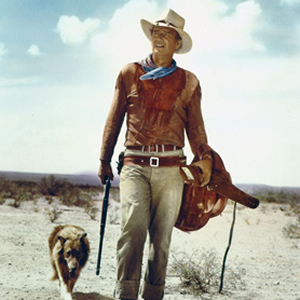 May God raise up a new generation of Protectors before it is too late for Western civilization.