Posted by Supertradmum
The Great Spencer has an article on his site concerning the desecration of war graves in Libya. Why can't we realize that this is a clash of cultures bigger than what is seen in the media? That those who hate Christ hate us must be a given....


Headstones at the Benghazi War Cemetery have been torn down and crucifixes smashed with hammers by a mob of extremists, some carrying guns and dressed in combat fatigues. [...]

Graves of RAF pilots were among those shattered by the thugs. It was their job to fly bombing raids – just as the RAF did last year – to assist Lieutenant General Montgomery’s Eighth Army and support commandos clearing routes for tanks.....
As they discover a Jewish grave bearing the Star of David, one of the men says: ‘Look at what it says on it. There is even Israeli writing . . . in Hebrew.’
And in one of the most disturbing sequences, one protester attaches a ladder to the Cross of Remembrance next to the cemetery. He climbs up it and begins hacking at the memorial with a hammer. Then he shouts: ‘Watch out young people. It’s going to fall.’ The cross is then smashed off...

Posted by Supertradmum
You would not believe this unless it came from the horses' mouth, as it were. The Beeb admitted that to mock Jesus is fair-game, but to mock Mohammed, a man, is not. Check this out. Here is a quotation from the Christian Institute site.

Mr Thompson says the BBC would never have broadcast Jerry Springer The Opera – a controversial musical that mocked Jesus – if its target had been Mohammed.
He made the remarks in an interview for a research project at the University of Oxford. 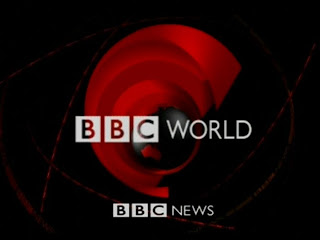 Mr Thompson said: “The point is that for a Muslim, a depiction, particularly a comic or demeaning depiction, of the Prophet Mohammed might have the emotional force of a piece of grotesque child pornography.