Posted by Supertradmum
I shall start the Benedictine method of prayer for the laity tomorrow.

Sorry, but things have been crazy here today. 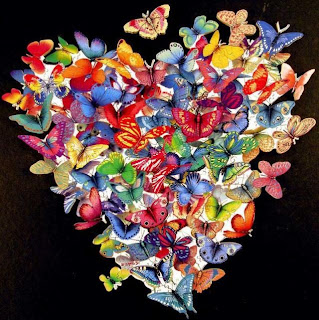 These photos are amazing

A Nod to Yesterday

Posted by Supertradmum
I celebrated the Feast of Our Lady of Mount Carmel yesterday, but not on the blog.

So, today, to make up for the oversight, here is a lovely picture of Mary and a prayer.

A Prayer to Our Lady of Mount Carmel

Posted by Supertradmum
There are two thoughts concerning imperfections and sin in a good Catholic. The prevailing idea of Garrigou-Lagrange and some of the saints, including St. John of the Cross, is that one can move away from venial sin, overcome imperfections, and even transcend concupiscence, with the help of God's grace.

Some priests today believe that it is possible to stop sinning venially and even move from being tempted by certain things through purification of the mind, memory, understanding and imagination, so that one is practically free of concupiscence.

However, some saints, in particular, St. Teresa of Avila, believe that one sins venially until death.

Some saints believe temptation is a trial of greatly virtuous people.

Why the difference in perspective has concerned me until recently, when a very simple thought came to mind.

No two people are alike in their spiritual journey and, although the saints give us guidelines and provide examples from their own lives, no two saints are the same. All persons have a unique way in coming to holiness.

The key thought is this--and I put it in the form of a question. How does one learn humility and stay humble?

Three saints give us examples of how differently God works in the soul.

These are the three Teresas.

It is a well-known fact, shared by a priest who was close to her, that Mother Teresa was in the Dark Night of the Soul for fifty years.

For fifty years, this saint lived on Faith and not consolation, not moving out of purgation and the long days of the Hidden God until almost immediately before her death, when she came into Illumination and Union, exhibiting a great peace.

Fifty years of purgation and the lack of the consolation of seeing things with the Eyes of God, not transcending her predominant fault until right before death, shows that this way was for her, a life of humility, but a humility of waiting on God and grace.

The length of time does not necessarily mean that Mother Teresa was a greater sinner than the other two Teresas, but that this is how God wanted her to become holy--through the suffering of self and the lack of consolation.

In other words, her life was one of sheer faith in God.

St. Therese of Lisieux is the second Teresa, but one who experienced, in a short life, Purgation, Illumination and Union, but also a time of intense suffering of temptations right before she died.

That she was tempted severely in the last months of her life has been shown by her request that the pain killers left in her room be removed at night so that she would not be tempted to suicide.

Her long days of pain were devoid of consolation from God. She could not even receive the Eucharist for many months before her death because of her physical condition.

But, one perceives no sin, only deep suffering, possibly for the intercession for sinners, rather than a suffering for purgation. Few are holy enough to offer themselves to God for love and suffer for others after Illumination and Union. But, this seems to have been her way--her "unfelt joy" but with complete confidence in God's Love.

St. Therese is one of those "meteor saints", young ones given tremendous graces of all three stages of the spiritual life as young people, only to suffer for others at the end, in a union with the Crucified Christ, in a pure state of sharing the Passion of Christ after great, graces of insight, illumined soul and oneness with God. Elizabeth of the Trinity would be another example of this type of holy life. Both these young Carmelites were called to sinless lives but still suffered for others, not for their own sins, but moving beyond purification to sheer intercessory union with Christ the Bridegroom in the mysterious union of the Cross in purity and sinlessness. St. Therese's profound humility allowed her to live in this role of intercessor in a most Christ-like fashion of purity and suffering.

St.Teresa of Avila provides us with another example of great suffering at the end of her life, but again, writing of being in the last great stage of holiness while on earth, the Unitive State, experiencing ecstasy, while claiming that it was possible to sin even venially after such dramatic and intense graces of oneness with God.

It seems to me that her way of staying humble was to have weaknesses even after unity. St. Teresa does not state that she, indeed, sinned venially after this life of the highest prayer one can experience on earth, but she states it is possible to do so. If God allows someone at this level of holiness to sin venially, it is for the greater good of revealing one to one's self in humility, the humility of weaknesses.

One should never compare one's self with others in the life of grace. Looking at the "cloud of witnesses" which make up the Church Triumphant, one sees the variety of graces played out in the lives of the saints.

But, God allows one to sin, not that He causes sin, but that He allows it for His greater glory, remains a mystery of both suffering and purgation.

The Pope Emeritus said one time that  “Holiness does not consist in never having erred or sinned. Holiness increases the capacity for conversion, for repentance, for willingness to start again, and, especially, for reconciliation and forgiveness. . . Consequently, it is not the fact that we have never erred but our capacity for reconciliation and forgiveness which makes us saints."

This idea makes us realize two things: one, that one must be willing to start over again and seek out God's mercy and never despair; and, two that some saints live in such an awareness of their sinfulness that they never sin again. Once reconciliation with God and the deep awareness of one's need for Christ's Sacrifice in order for one to be saved, the acceptance of the Passion in each individual soul, some saints live in such constant love and humility as to never sin again. Some are brought back to their nothingness by venial sin, or even the inability to move away from their predominant fault until just before death.

In other words, once one realizes the depth and breadth of one's sins, once one actually lives a humble life completely, one relies only on God's grace and not on one's own gifts or strength, being totally dependent on God for all things. Repentance is a daily task, conversion of heart, mind, soul, a daily job, and there can be no rest from the fight against the flesh, the devil and the world until death.

And, this brings me to one more point. Temptation comes from these three sources--the demons, the world, and self-love.

One can fall into venial sin, entertain temptations of the mind through each of these three sources of evil.

The first, the flesh, is one's own weakness. Not to commit venial sins and to overcome even concupiscence reveals that one has overcome one's self-love and is living a life of purity. John of the Cross must be one of the main examples of this grace.

The second, the devil, including his cohorts, will always be a possible source of sin until death, which is why all Christians should pray for the grace of final perseverance. The fight for the soul even at death can only be overcome with God's help. This is a lesson learned from the Little Flower, St. Therese.

We cannot judge a level of holiness or even a level of humility in persons. We cannot even judge suffering, as suffering is not quantifiable. What is great suffering for one person may not be so for another, and so on. The stigmatists, perhaps the most obvious of saints who suffer horrible pain, also experienced joy in being in union with Christ in His Passion. One cannot say, for example, that St. Padre Pio suffered more than Blessed Teresa of Calcutta, or that St. Therese of Lisieux suffered more than St. Teresa of Avila. These types of comparisons are based on judgments not in keeping with understanding the spiritual life, but a materialistic sort of approach to holiness, which is not only unhelpful, but inappropriate.

Each person created by God has a different way to holiness. One saint may struggle with sin all his life, while another may live in a unity of love and peace. The temperament of an individual, a personality or character created and formed by God's graces determines how that person becomes holy. God's grace and Providence determines the way to holiness for each individual.

Allowing sin in a person's life may be one way God brings a person to the depths of humility and self-knowledge. St. Paul's words haunt us on this concept of suffering through failings after prayer, and great grace.

He is teaching us never to give up, always to rely on God, and to fight evil within ourselves,as well as outside of ourselves.

I am reminded of the growing evil in this world and the growing activity of demonic influences. The absolute necessity for all Christians must be complete dependence on God. Once a person has come to rely on Divine Providence completely, all movement from sin becomes possible. God needs saints, but holiness begins with self-knowledge and true humility.

Posted by Supertradmum
I have a bisy backson morning....will write on the Benedictine type of prayer a lay person may adapt later.