Hello to Readers in Luxembourg

I would love to visit there someday, as half of my ancestors are from this beautiful country.

Moving Farther Away from Christ

Posted by Supertradmum
Yesterday, I had a talk with a friend of mine about our protestant friends. One thing we noticed was the strong Calvinist streak which is absolutely moving protestants farther and farther from the Gospel. Coupled with this is the opposite tendency, the tendency to be uber-liberal.

Protestants we know cannot get past contraception as a serious sin. They cannot work out that this sin of stopping conception, God's plan, is evil.

They cannot get, at least in America, beyond the confusion of gross nationalism, (my country right or wrong), and religion. They see Catholics are less American, which we are, because we place the laws and customs of Rome above those of America. As members of the one, true, holy, apostolic and Catholic Church, our loyalties are first with her.

Protestants judge people constantly here in the States. If one is poor, one has sinned, which is odd, as we have all sinned, as St. Paul notes, and fallen short of the glory of God. But, here, charity is not real, is not from the heart, but something one does. Sadly, our protestant brethren are becoming less charitable and more judgmental, seeing the poor among them as suspicious, less worthy of care, and non-persons.

How did these changes in attitude happen? Partly, the false idea of "once saved, always saved" creates a clique, a group which identifies only with that one-time grace and forgets about sin.

Sin is not in the vocabulary of most protestants I meet. Their goal has been reached. They are going to heaven according to their false presumption, and, therefore, they do not have to examine their lives.

It is ironic that the strict Calvinists hold hands with the uber-liberals at Sunday worship. Although they refuse to judge themselves, they lack the discernment to see that holding positions on divorce and remarriage, abortion, contraception, hyper-captitalism, nationalism, ssm, and prejudice against Catholics are serious sins.

To protest is to lack an obedient spirit. Pray, as the protestants in America are becoming so secular that they cannot see their own apostasy from even basic Christianity. Disobedience in one area leads to another.

And, they do not accept the concept of the sacraments, which are the ways to sanctifying grace, so most would be in mortal sin.

I am afraid most protestants have moved beyond even their own original ideals taken from the Gospel. One man said to me yesterday, that he wondered if Martin Luther could have foreseen how far away from the Gospel his Lutherans would have fallen, would he have insisted on splitting from Rome?

The Catholic Church is our safety net. Again, apologies for spacing, which is because I cannot change errors easily now.

This past week, I have been concentrating on mortal sin and how deadly it really is.

Now, for the next few days, I shall concentrate on venial sins.

If one is not working on venial sins, one is not on the road to perfection. Remember, only the perfect go to heaven when they die, and purgatory purges both venial sin and imperfections. Such imperfections as anxiety need to purged, as this and other weaknesses lead to sin.

Let me start with St. Francis de Sales, from his Introduction to The Devout Life. My comments are in blue.

All in all, the choice serves to reflect of one of Francis' key emphases over his 18-month pontificate: that of a church geared toward the "periphery" as opposed to being locked in its "sacristies." Put another way, Cupich's experience before landing in the nation's third-largest diocese speak to another of the Pope's lead threads – a premium on missionary pastors for a missionary church.

Posted by Supertradmum
Later today, I shall add more posts, but I am afraid I am coming down with something and am too tired to fight the Net. 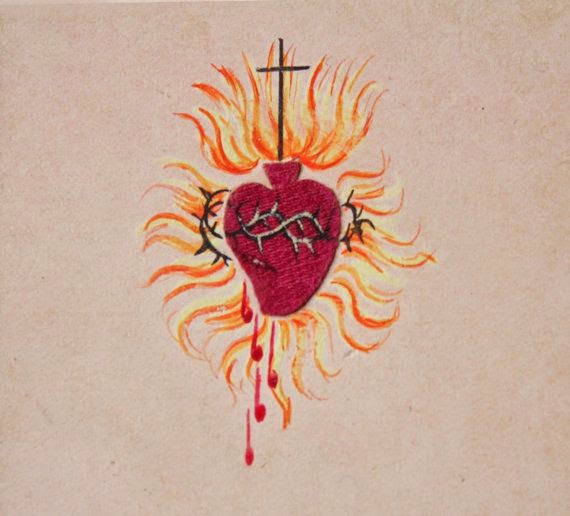 Email ThisBlogThis!Share to TwitterShare to FacebookShare to Pinterest
Labels: intro to the devout life

If you have not watched this, please do.

Posted by Supertradmum
Hope you use some of my recipes....

Use the motto of the one army unit for your fast and your road to perfection. "Climb to Glory".

I cannot watch videos now, but I can read..read this...

Now for something completely different

The Mink River Estuary and other areas around it have to be some of the most beautiful nature reserves in America. Wisconsin is a great state.

The Green-Eyed or Emerald Dragonfly lives in this area and has made a bit of a "comeback".

However, this post is not merely to point out some gorgeous creations of God, but to share an insight into obedience.

When I was in my twenties, living in Minnesota and camping in Wisconsin now and then, I was praying one day and saw a dragonfly in my imagination. One of the times I heard God had to do with the dragonfly. It is an insect, if you do not know, which can move up and down and sideways, as well as forward quickly. Imagine a natural helicopter.

One day I heard the voice of God saying quietly, "I love you because you are like the dragonfly. You change directions and move quickly when I tell you to do something. You respond."

Now, as you know, I have written on obedience ad nauseam for some, on this blog. Obedience is a key virtue in times of chaos, in times of the destruction of civilizations.

One cannot hem and haw about inspirations.

I told this story to some of you who know me. I had an old friend, who is now dead, who escaped from Czechoslovakia just before the Nazi army took over her village in 1939. The armies invaded and had set up camps near their village. She and her sister, both in their teens at the time, were quickly taken aside by their old father. He told them to get on bicycles and ride to Austria, and then to Switzerland. Quite a bike ride.

He said their lives were in danger and he could not escape.

Frantiska laughed and said she intended to bicycle over to the German army camp and see some of the soldiers.

Marketa listened carefully and went into the house immediately. She packed a small rucksack with food and some other things, kissed her father and left.

Frantiska got on her bike and waved, saying she was going to have a good time. No one ever saw her again.

Marketa made it to Switzerland with some help. She ended up in England, where she met her future husband. Eventually, the two immigrated to Canada, where they raised a family and are now both buried.

Marketa responded quickly. War changes situations daily. War causes one place to be safe one day and dangerous the next.

Learn to listen to God and be like the dragonfly, able to switch directions in an instant.

Be a Marketa, not a Frantiska, who was lost to history.

Here is St. Francis de Sales, from his Introduction to the Devout Life, on inspirations.