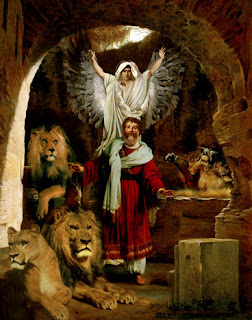 Email ThisBlogThis!Share to TwitterShare to FacebookShare to Pinterest
Labels: decline of the West, persecution

Posted by Supertradmum
Does that phrase in quotations sound familiar? No, it is not POTUS, but the title of the conference of women priests in Sweden in 2010. The official Church of Sweden policy for ordaining women is now over 60 years old. There has been a huge influx of women into the priesthood, with the statistics in 2009 being about 33% of the entire ordained ministers being women. The Church of Sweden also has seen women bishops and the approval of same-sex marriages in that church. Hmmm.

My point is this. With the allowance of women priests, the ministry has become "feminized" to the point where the number of women priests may outstrip those of men in that country. (That is the same country which hates families and has outlawed home schooling, as seen below in another post.) May I make an extrapolation. With the permitting of altar girls in the Catholic Church, we have seen a drop in the number of altar boys, except in the Tridentine Mass community.

Sorry, but there is a connection to the lack of vocations to the priesthood and the allowance of altar girls. Watch the Church of Sweden. One of its slogans is "one world, one church". Why does this church remind me of the Obama Administration? Hmmm. Spot the similarities in the photos.

Silence is a Necessity, not a Luxury

Posted by Supertradmum
Some people around the table this morning were discussing what they were going to give up for Lent. Chocolate and coffee were favorites. I have a suggestion. What if Catholics gave up NOISE? To be able to reflect or to pray, to have an examination of conscience, or listen to the small, still voice of God, one must pray, must be in silence.

I envy my ancestors, both in Europe and in America, who did not have cell phones, televisions, radios or other sources of noise. To live in silence is a gift not to be taken for granted. Silence makes us face ourselves, our sins and failings, our lack of charity. On the positive side, silence enables us to have a relationship with God. Relationships take time and attention. We cannot pay attention to God without silence. I suggest that if we truly love someone, we can sit in the same room with that person for hours and be at peace, in silence. Truly, to be present to someone, we must be silent and attentive. We must wait for God. And, if we fill our minds and hearts with noise, He will pass us by.

Only in silence does God come to the soul for refreshment and peace. I see and sometimes feel the stress of so many people around me who cannot live in silence. They must be doing and moving constantly. In silence and stillness, we present ourselves before God. As Mother Teresa said once, when asked what she does in prayer, "I look at God." The interviewers asked what God did. "He looks at me."


Looking means being still. I can see the wood pigeons in the lot next door because I am still, looking out my window. I stood and looked at the glorious night sky last night, marveling at Orion, the Pleiades, the Milky Way, Venus, Jupiter, Sirius. One must stop to look. One must stop to listen. Even lay people must live in some silence in order to reflect, to wait on God. I suggest giving up noise for Lent. Turn off the radio, get rid of the television, turn off the computer and cell phone unless necessary. Create a quiet corner in your room, in your house, in your soul. Wait for God to come in the silence of your being.