Great site and thanks to a reader for heads up

Nice...on the Syllabus of Errors

Posted by Supertradmum
A key truth about why we must cooperate with grace to become perfect could not be more easy to understand. Three stages demand simplicity of soul. One is the Dark Night of the spirit, which is the time of humility. The second stage which needs simplicity is the Illuminative Stage. The gifts and graces of energy, zeal and virtues need a basis of simplicity. The third stage, that of unity, must be based on simplicity.

Why? Because God is Simple, we must meet Him in simplicity. The same is true for the virtue of unity, which is integrity. One must have unity is self, soul, mind, heart, intellect in order to become one with Unity, Who is God.

Because of the intellect being purified, these geniuses have pierced the mind of God to a certain extent.

But, Raissa had to suffer, she had to pray in contemplative prayer in order to get to this point of simplicity.

Here is the rub. Most of the leaders of the Church are NOT seeking simplicity and unity. That is why some cardinals are pushing gradualism, which is a heresy, period.

Here is an old article which may shock you. Gradualism cannot keep the integrity of a person, which means that a person moves completely away from sin-unity must be sought if one wants to meet God.

Today, Schonborn again pushed gradualism. Do not be confused. DO NOT BE CONFUSED.

Those who support this position do not understand Christ's call to metanoia, about which I have written in the past month.

Gradualism denies that God wants us to be one with Him.

This is Raissa's great insight--that we must be simple and unified in ourselves in order to meet God in simplicity and unity.

Several friends and I were discussing "normal families". By our agreed definition, we meant a mom and a dad married in the Church with the number of children God desired to give the parents.

Now, because I home schooled my son, I knew and still know many "normal families", but one of the shocking things which came out of the discussion were the number of people under 47, who had not been raised in a community of normal families. The vast majority of young people either had known mostly divorced parents, single parents, one sibling, or maybe two siblings.

I came away from the discussion realizing that normal families, as intended by God, are an endangered species. Society and its pressures have contributed to the break-down of the family, but the biggest reason, which came out of the discussion, was one reason-money.

That many parents felt they had to give their children everything meant that they decided to only have two. That some parents no longer valued a Christian wedding of any denomination resulted in civil unions only. They felt they could not afford to get married. Standards for comfort came before the reality of marriage and children.

One can decry the death of the family, which, of course, means the death of a civilization, but one must be realistic as to how far this endangered species has gone into disappearing. Like the grizzly bear, which now has max a population of 1,700 in the States, the family as created by God has been the prey of those who no longer care whether such a species exists. To redefine the idea of family does not hide the fact that such families have been cornered into small groups.

Sadly, I hear a priest recently encourage the redefinition of family. He was wrong to speak so from the pulpit, pandering to both the ideals of non-Christian religions, and sin, by going as far in his sermon to say that we must acknowledge polygamy.

Imagine hearing this from the pulpit sixty years ago.  The reason this priest wants to redefine the family is that he cannot bring himself to preach God's vision of normalcy. To include in God's definition the idea that a culture can exists allowing multiple wives shows a mindset which does not think like the Church.

One person said to me, that the Church talks to much about the family. My response is the same I would answer to someone who complains that environmentalists talk about the grizzly bear. When grizzlies dotted the western landscape of America, no one needed to talk about these magnificent creatures. It is only when they are about to disappear from the face of the earth, that these bears are now being discussed. We only talk about things when we begin to notice that something is wrong, changing, disappearing.

The Church cannot talk too much about the family. Without families, there would be, obviously, no parishes, no schools, no churches.

That is what is happening in some areas. The shrinkage of Catholicism in some places of Europe and America is not merely due to members leaving the Church, but the lack of families bringing babies into the world or raising children as Catholics.

Just as we may witness an America without grizzly bears, we may witness a western culture without
Christian families. To have a priest fall into the politically correct trap of wanting to solve the emergency by changing the definition of family actually causes more confusion.

God's ways are always best.  50,000 grizzlies lived in North America when Lewis and Clark made their journey. Now, there are as few as, perhaps, 1,400. Who will be around to write about the disappearance of the family?

Posted by Supertradmum
There was a technical error in the other video, so here is a new one. I wanted to post this for awhile, anyway. At one time, I was close the E. Michael Jones' family when I was in grad school. Great expert on this subject.

Time to thank Michael Voris and crew, and all laity, especially tweeters and bloggers for their hard work. I have said, over and over, that this is the Age of the Laity. And, this lay person agrees that Medjugorje will never be approved. It will be ignored, perhaps, but not approved.

Back to Raissa Tomorrow

From The Times of India

Posted by Supertradmum
For all graduate students taking exams, who read this blog.

For all seminarians in retreat, who read this blog.

For all young men and women considering vocations ,who read this blog.

For all those who have cancer, or have loved ones with cancer, who read this blog.

For all married couples who always need prayers in order to be superb parents, who read this blog.

For all those good people who have sent me books, who read this blog.

For all good priests, who read this blog, who are daily under attack from the evil one.

For STM, who is mighty cold today...that I do not become ill. I have had hypothermia several times in my life...

Umm, what do you think, Readers?

I have weaned myself from my cell phone for over two months and do not miss it a bit.

What if a person does not want a cell phone?

Are we all going to have to have one?

News from a different front

This morning, plans to meet a friend were cancelled for his reasons. However, I am not venturing out until later. Where I am has experienced a storm of high winds, heavy rain, lightning and thunder for over fourteen hours.

I assume much of the island had the same weather, but the weather patterns in this small place vary.

Even now, at this hour of the morning, the winds are so high one can hardly stand up.

The storms here could be seen in light of the storms between good and evil which surround us here.

More and more Maltese are discussing the influx of non-Christians. A man discussed this with me on Saturday. He is a good man and noted that if this immigration continues, churches will close and society will change. He said to me, as he travels back and forth to England for business, that England is "lost". He explained to me that the Faith is gone there and London seems no longer "British". Those in denial are those who are benefiting financially from these new relationships. As he said, it is all about money.

Why Christian countries lose their Christian identities is a simple question to answer. When individuals lose personal faith in Christ and His Church, choose selfishness, money, greed, contraception, pleasure and so on over natural law and the laws of God revealed through the Church, Catholicism is set aside.

As we all know, until Europe rediscovers the Catholic Faith, which created Europe, it will continue to die. I wrote about this since the beginning of my blog in 2007.

We need more missionaries here, but, of course, the EU is keeping some out.

In 2003, in my religion classes, I predicted, because of common sense, that Europe would fall to the Muslims, and that America would fall to the Chinese and Russians. Ironically, Russia is likewise nervous about Islam, and has been. America is asleep.

Greed is the name of the game, and the relativism and subjectivism of too many Catholic clergy, who have left their flocks to the wolves, has created soft brains and mushy souls.

Email ThisBlogThis!Share to TwitterShare to FacebookShare to Pinterest
Labels: Britain and the EU, malta 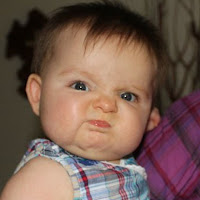 I find it fascinating that Muslims, militant homosexuals, feminists, radical Protestants, and atheists read my blog. I am truly glad they do.

However, what I do not understand is why they feel they must leave nasty anonymous comments.

Read away...but, at least try to be rational and not merely make knee-jerk emotional comments. If you are rational, commentators, we can discuss issues, like God, natural law and religion.

I pray for my readers and even light candles, which is Malta, as in Rome, are mostly electric. One puts money in a side slot, pushes a lever, and up comes the electric bulb candle.

So, those disgruntled ones who leave uncharitable comments get prayers.

If I had enough money, I would have Masses said for them.

Perhaps, some of my readers who know the Truth and have been set free from anger, hatred, and violence could have some Masses said for those above who have written to me. Of course, they never leave names, except one rabid Protestant.