The Catholic Church Cannot Be on the Defensive--Never! 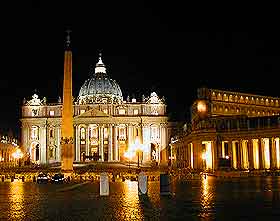 I have been listening to leading Churchmen, such as Cardinal Pell and Cardinal Dolan and I think the inadequacies of some of their statements, as good as these men are, reflect a lack of understanding of the place of the Church in the world today. This may sound like a simple statement, but let me quote Gramsci on this point, in his reference to Catholic Action in Notebook 1 of 1929-1930
C.A. (Catholic Action) marks the beginning of a new epoch in the history of the Catholic religion: it ceases to be a totalitarian world view and becomes only one part and must have a party. The various religious orders represent the reaction of the Church (community of the faith or clerical community), from the bottom or from the top,against the disintegration of the world view (heresies, schism, etc.).: C.A. represents the reaction of the apostasy of entire masses, that is, the reaction against the abandonment of the religious world view by the masses. It is no longer the Church that defines the terrain and the means of struggles, it must accept the terrain imposed upon it from the outside, and use arms stolen from the arsenal of its adversaries (the organization of the masses). The church is on the defensive; I other words, it has lost the autonomy of movement and initiative, it is no longer an ideological world power but only a subaltern force.
Now, obviously, the man underestimates the power of the Church as he can only see it in terms of facism and totalitarian power, and not in a spiritual light. However, his point must be seriously understood by those in power in the Church in America, and in Europe, who cannot understand the type of ideological view expressed here. What I mean is that Gramsci clearly understands the falling away of the people and that the political power of the Church is weakened because of that apostasy.
This is more clear in Europe than in the States. So-called Catholics are more socialist than Catholic and even more communist than Catholic in their world view, defining all, even the individual, in terms of economic struggle and materialism. This is a loss of the Catholic world view. Catholics no longer think like Catholics and Gramsci can claim that the Church has lost Her ability to create Europe and even the States into a spiritual realm, wherein God is King. Now, the fact that Cardinals respond to questions on television in debates or in interviews and do not refer to this larger issue of the lack of power over creating the “terrain” is highly significant. Once the Church is merely one more institution among many, once the Church only appeals to a certain group of people, such as the poor and not the rich, once the Church is on the defensive, She has lost ground.
The thing which Gramsci does not understand is that one does not and cannot define the Church purely as a material hierarchy, without reference to the City of God. We do not see the Church as on the defensive, that is, merely responding to crises, but on the offensive, in the New Evangelism and in the command of Christ to preach, teach and convert all nations.
However, in some situations, the Cardinals respond as if the Church is on the defensive by either pandering to one political party or another, or by ignoring the universality of the Gospel message. Americanism as a heresy has taken its toll on the attitudes, albeit unknown even by those who hold these attitudes, of many priests and bishops. In other words, Gramsci's prediction that the Church has to use the arsenal of its adversaries, that is, the appeal to the masses, sadly seems the case in much of the discussions about religious freedom in the States. The social justice issues become little gods instead of part of the larger teaching based on the Catholic definition of the individual, and not on socialism.
The Church in the States and, indeed, in Europe, including England, must not be on the defensive, but on the offensive. This is not hard, if one truly believes in the Gospel and in the City of God, the Kingdom of God. Either we believe or we do not. Too many so-called Catholics are socialists or Marxists, and therefore, not Catholics.
Now, Gramsci may not have been thinking is such deep terms, as he denies the spiritual reality of the Church and sees the world in material terms. Much socialism and communism is short-sighted, that is, without the long view of history, although Gramsci tries.
The Catholic Church, as the institution created by Christ, God-Man Himself, has the long view, to put it succinctly. The Church brings eternity down to earth, through Her teachings and Her sacramental life.
Christ is present now. That is what is missing in both Gramsci's criticism and those views of the churchmen who do not refer to the Revelation and Tradition of the Church in their presentations. The Church is independent of any national or political ideology. The Church needs to re-create cultural and national identity by Her definitions, as given by God, and not men.

Where Can We Get Strength for the New Evangelization? Infused Love Part One.... 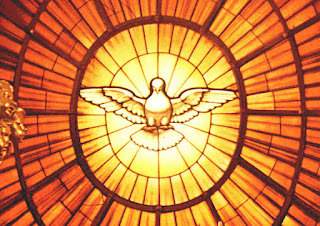 St. John of the Cross makes an interesting point that it is only after the Dark Night of the Soul that a Catholic moves from meditation to infused contemplation. Father Gabriel, whose book I have been quoting on this blog, states that St. John is clear concerning the strength and courage one gets when one has experienced the "secret, peaceful and loving inflowing of God." One point is important here--that of Garrigou-Lagrange's emphasis and that of Father Gabriel as well--that any person who has a life of recollection is called to this life of infused grace and knowledge of God. However, as all the saints warn us, activity interrupts and ruins this life of the Spirit. Agitation, stress, being concerned about many things as Martha was, instead of sitting at the feet of Jesus and loving Him, stop the natural flow which comes and brings us into this life of infused contemplation. Sometimes we cannot help events which cause us stress. But a good spiritual adviser, which is like finding cold water in a desert these days, can help.

Another huge problem for the modern pilgrim are the temptations to New Age heresies and Eastern Religions, which take us away from the Truth of the Interior Life, although seeming to do the opposite.

The true signs of this level of infused contemplation may astound some. These are a simple faith and a focus on loving God.

The infusion of Divine Light comes when the soul is ready and open. I warn some who think this type of union with God can occur outside of prayer. The answer is no. Work and study do not take the place of prayer and people who say, "My prayer is my work" are just plain wrong. Time must be set aside. Energy and listening for God must be a focus. The moments when infused prayer becomes infused love cannot be missed. St. John laments those who miss the opportunity because of bad advice.

Simplicity demands discipline and guidance. Would that we all had a good and experienced director.

Prayer for Seminarians and Those Discerning a Vocation; Also, Pray for Those Older Men Who May Be Called


Please pray for seminarians everywhere. Also, pray for those men who feel or even discern they have a vocation, are older, and may not know what to do. I know several single, prayerful older men who thought of the priesthood years ago but never pursued the vocation. Pray for them.  Pray for women to see the beauty of the traditional orders.

Prayer of Blessed John Paul II for Vocations to the Priesthood and Nuns, for All Dioceses and Orders
Lord Jesus, as You once called the first disciples to make them fishers of men, let your sweet invitation continue to resound: Come follow Me!
Give young men and women the grace of responding quickly to your voice. Support our bishops, priests and consecrated people in their apostolic labor.
Grant perseverance to our seminarians and to all those who are carrying out the ideal of a life totally consecrated to your service.
Awaken in our community a missionary eagerness. Lord, SEND WORKERS TO YOUR HARVEST and do not allow humanity to be lost for the lack of pastors, missionaries and people dedicated to the cause of the Gospel.
Mary, Mother of the Church, the model of every vocation, help us to say “yes” to the Lord who calls us to cooperate in the divine plan of salvation.
Amen
The Church is in dire need of workers for the harvest. Pray ye therefore the Lord of the harvest, that he send forth labourers into his harvest. Matthew 9:38 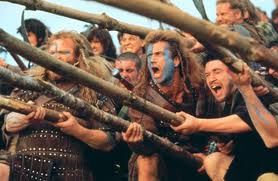 Yet another controversy involving Mel Gibson has stalled or possibly stopped the filming of his Maccabees movie. Read this article here. You can figure out the politics of the cinema world.