A new meaning of égalité...

From the Guardian online...and for how many unnecessary government jobs will this silly tax provide?
The French government is considering extending the television licence fee to include computer screen owners to boost revenues for public-sector broadcasting operations, the culture minister said on Saturday.
President François Hollande's Socialist government aims to raise an extra €7.5bn (£6bn) this year through tax rises included in an amended budget bill to be unveiled next week.
"Is it necessary to extend the fee to [computer] screens when you do not have a television? It is a question we're asking ourselves, but obviously it would be a fee per household and you would not have to pay an [additional] fee if you have a computer and a television," Aurélie Filippetti said on RTL radio.
She said the government would study the new measure in 2013.
The licence fee – €125 in mainland France and €80 in its overseas territories – is used to finance public television and radio.
According to a Global TV survey in March, more than 11 million French people watch television programmes on computer screens, tablets or smart phones, a rise of 41% on 2011. 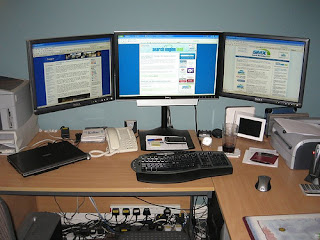 Several of my friends who work on multiple screens would not like this tax, although it seems to be a per household tax. I do not trust it staying that way. Somehow, I do not think Sarkozy would have pushed this...The French get what they deserve, as they voted for radical socialism.

Posted by Supertradmum
I hope I can keep up this week with postings. I have scheduled some for tomorrow. At any rate, the important event I shall be following is the Anglican Church Synod, which is voting on women bishops this week, at the end of the week. Here is part of a report for the BBC today. The situation is messy.

Many Anglicans worry about the damage being done to the image of the Church of England, which only hits the headlines with rows over gay marriage or women bishops.
At Holy Trinity and St Mary's in Guildford, their female curate is about to be ordained and the local congregation were passionate about the need to move forward.
"It is absolutely ridiculous," one churchgoer told me. "It looks like we are stuck in the 1740s."
"My daughter loves this Church because of our attitude towards women but says she is not going to come back to the Church of England 'til they actually get this sorted out."
The Church had got itself in "a stupid situation", another told me.
After years of discussion about women bishops, draft legislation now allows for women as bishops, but says that a parish could request a male bishop if it wanted.
"The dioceses accepted it almost unanimously - 42 out of the 44," says April Alexander. She has campaigned for women bishops and is a member of the synod, so will be voting on the issue when it meets next week.
I lived in England in 1992 when the women priest issue was settled and it was a break with tradition and Scripture. I listened to the synod proceedings on the radio, and at that time, the anti-women priest side had much better arguments, but the liberals won the day.
This denomination will split over this issue.