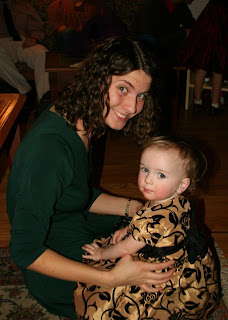 This beautiful, good, holy, Catholic young woman, Rosie, just found out today that the tumor in her neck is cancerous. She is in her mid-twenties and a friend of my son. Please pray for her, her family, and her friends. Pray for a miraculous healing and for successful treatment.

We will rejoice and be glad in it...

Posted by Supertradmum
Tobias and Sarah's Prayer on their Wedding Night"Blessed are you, O God of our fathers; praised be your name forever and ever. Let the heavens and all your creation praise you forever. You made Adam and you gave him his wife Eve to be his help and support; and from these two the human race descended. You said, 'It is not good for the man to be alone; let us make him a partner like himself.' Now, Lord, you know that I take this wife of mine not because of lust, but for a noble purpose. Call down your mercy on me and on her, and allow us to live together to a happy old age." -Tobit 8:5-7


I was walking in a lovely street coming back from a dinner where Catholic ideas, theology and philosophy were happily discussed and the young man who was escorting me home in the dark, told me about the girls his friends were dating. Now, this young man is going into a traditional Tridentine order to be a priest, but he was concerned about his friend's taste in young women. All are of marriageable age.

The young man, who I shall call Ben, decried the fact that the ladies in question were not strong Catholics, and that it was the duty of the woman in a relationship to bring the man to the Church and to be the strong Catholic in the couple. I could not believe a twenty year old was so lacking in machismo, but Ben and I disagreed. My point was and is that the man is the leader in the family and in the relationship of husband and wife. Unlike the old view that the woman brings the man to holiness, I suggested that the man was the "domestic priest" of the family, strong in holiness and leading his wife and children to holiness.

The idea that the man can be, like I saw when in Rome, standing in the back of the Church, or outside, having a cigar and talking business while his wife and children attend Sunday Mass, appalls me. That the man should cleave to his wife is Biblical, and both should lead each other to holiness, purity of love, and God Himself. But to excuse the man, which Ben was doing, shows an ethnic bias which I honestly thought was gone in the modern Church.

However, the more I thought about it, I realized that many men enter marriage with the idea that the wife will read the Bible, pray the rosary, and when the children come, take over their religious education. This is not the paradigm I was raised to expect.  The husband is the head of the wife and the family. He is the physical and spiritual head. The woman defers to him, if necessary, but they should agree or come to agreement, especially on things spiritual.

Ben had never in his young years heard the idea that the man is the spiritual head. Once we talked about the order of God's plan for marriage, he began to see the logic and need for such. To blame a woman for a man's laxity towards God and the Church in marriage is, bluntly, wrong. For young men to be dating women who they think will bear the burden of the holiness of the family and themselves, is also wrong. Men must take the responsibility for leadership in things spiritual. Family prayer, praying the rosary together, catechizing children, all belong to the man and woman together, with the male taking the lead. This is the supernatural order of marriage. Ladies, marry a strong and holy Catholic man and you will have a Catholic home.

Please look at this video of Michael Voris today. Do what you can. One must weep, especially at the end. Click on this link, as for some reason, I could not put the video in the blog.