Pray for our brothers, sisters, priests in Cairo 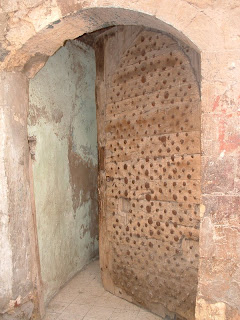 Sometimes, we hear about persecuted Catholics in the Middle East, and now in Egypt more and more, and because these dear people do not have a "face", we do not think to pray or help them monetarily. Look, think, pray, help.


Notice in this Church of the Sacred Heart, in Sakakini, near Cairo, a copy of the famous Batoni painting is there which is in the Gesu in Rome, in the Church of the Circumcision in Valletta, in the Maryvale Chapel in England, and on my blog. We are all in the Heart of Jesus. We are connected. We are One is Christ, through Mary, Our Mother.

There are no coincidences in God. 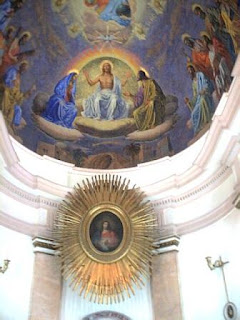 The Comboni Missionaries, who help out in a parish in London where I sometimes go to Mass, have two parishes in Cairo, as well as others in Egypt, Asia, Latin America. These are dangerous times, and the priests who learn Arabic, as it is a missionary order with young men from Mexico and other places around the world, work there knowing the power of the Holy Spirit in their lives.

I met one such young priest, Father Alberto Sanchez recently. He is from Mexico, but works in a parish in Cairo. The  parishes in that city run by the Comboni Missionaries are St. Joseph Zamalek Catholic Church, (originally founded when the Mahdi took over the Sudan and Christians had to leave--remember the movie "Khartoum"--St. Daniel Comboni was there) and Sacred Heart in Sakakini-photo above and below. The bottom photo is the Comboni Church in Aswan. 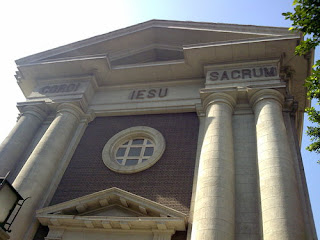 I asked Father Alberto for a blessing and I felt like I was being blessed by a future martyr. The list of Comboni Missionaries murdered for the Faith may be found at this link.

The order was started by St. Daniel Comboni, and his biography is here.


I think if we see people and places, we connect. Please pray for Father Alberto Sanchez, his parish, his family. He is very young, dynamic, peaceful. 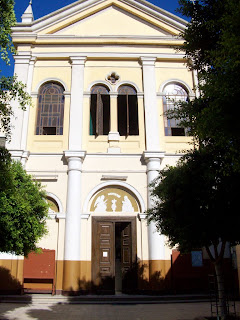 Happy 4th, You All Back Home! 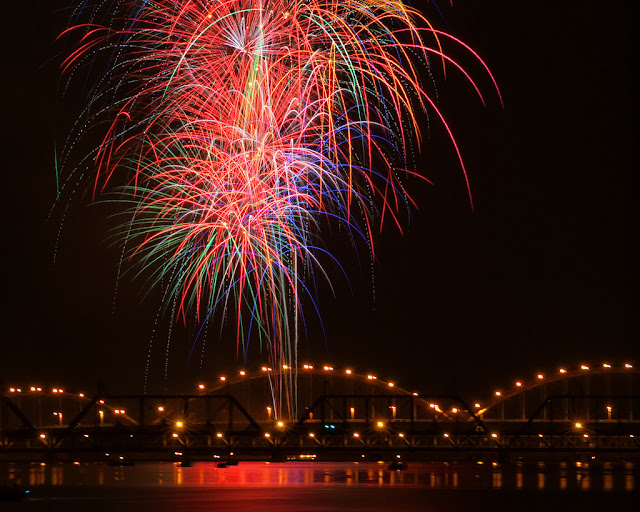 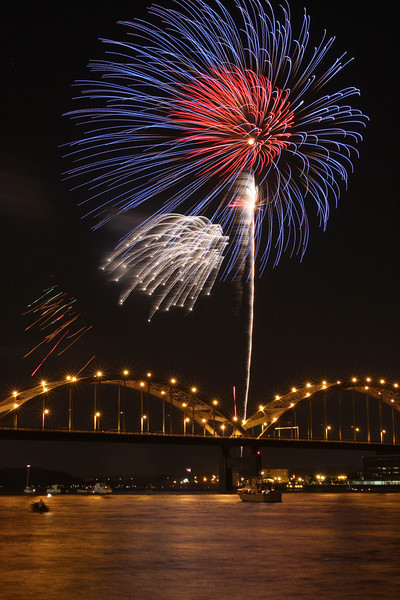 All the firework photos here on this post are from my hometown, Davenport, Iowa.

Thomas Sowell wrote this piece in italics below last year for July 4th. I reprint part of it here-short, smart, simple..
I am saddened that the last line is being undermined by our own Bloated Government. Pray for the USA, please.

I am putting in a plug for Clear Lake, Iowa, which has a great July 4th festival, if you are feeling very patriotic. I am a bit homesick today for bands, paddle wheel boats, fireworks, bbq, baseball, and especially bratwurst and beer. And, there is nothing like fireworks shot off a barge, as they do in my hometown on the Mississippi River. But, boy, this year it is HOT! The high tomorrow for Clear Lake will be 100 Fahrenheit, with a low of 70. Davenport will see 96 and 68 correspondingly. 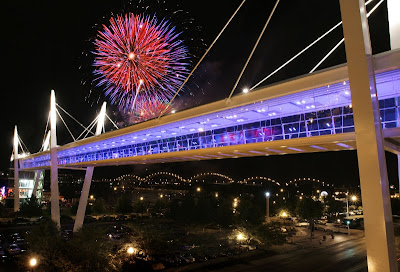 If you want to see more photos of my hometown fireworks, which are spectacular, go here

Happy Independence Day for all my fellow Americans. 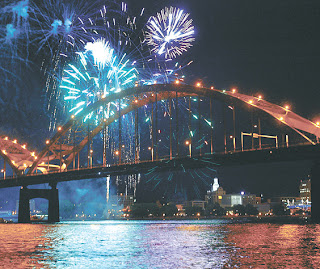 The American Revolution was not simply a rebellion against the King of England, it was a rebellion against being ruled by kings in general. That is why the opening salvo of the American Revolution was called "the shot heard round the world."
Autocratic rulers and their subjects heard that shot -- and things that had not been questioned for millennia were now open to challenge. As the generations went by, more and more autocratic governments around the world proved unable to meet that challenge.
Some clever people today ask whether the United States has really been "exceptional." You couldn't be more exceptional in the 18th century than to create your fundamental document -- the Constitution of the United States -- by opening with the momentous words, "We the people..." 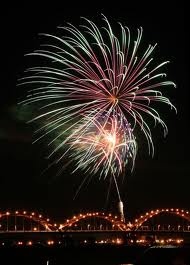 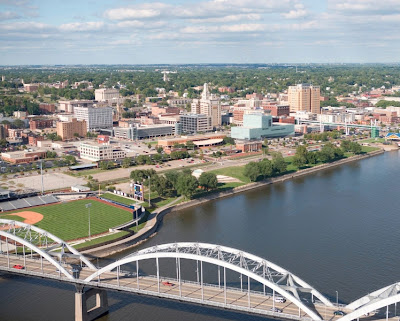 Those three words were a slap in the face to those who thought themselves entitled to rule, and who regarded the people as if they were simply human livestock, destined to be herded and shepherded by their betters. Indeed, to this very day, elites who think that way -- and that includes many among the intelligentsia, as well as political messiahs -- find the Constitution of the United States a real pain because it stands in the way of their imposing their will and their presumptions on the rest of us.

(Places where I used to work and live are on the photo, barely, as well as the steeple of the Cathedral and the art gallery as well as the baseball park are obvious.)