Homeland Security and You and Me

See the above link to Drudge Report and an article from The Atlantic Wire.


Not only is this a waste of taxpayers' money, but an invasion of privacy never seen before on this scale. Isn't one of the symptoms of Narcissism paranoia?

Oh No, More Confusion Rippling Out from Chicago-the Fog and Murkiness of Political Correctness

Journals online and newspapers have been following Cardinal George's apology and the follow-up statement which is not only confusing, but wrong.

On the above link from LaSaletteJourney, the editor posted an excellent refutation, using Blessed John Paul II's own words, to clarity the horrible confusion which is following the Cardinal's backtracking. Even using the term, "gay liberation" is against the Pope's rational point that the homosexual agenda is not liberating. 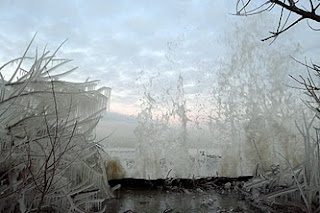 Not only was the apology an error, which I noted earlier on this blog, but it has caused a murkiness in Catholic circles and has not appeased those who were "offended". This news is from catholicculture , check it out.


Of course, people are offended by the Truth. Jesus Christ, Our Lord was crucified because some in the Sanhedrin were offended. Instead of taking offense, one should be humble and listen to the plea for conversion. If we are afraid to offend, the Gospel will never be preached. Paul writes in Romans1:16:

For I am not ashamed of the gospel. For it is the power of God unto salvation to every one that believeth, to the Jew first, and to the Greek.


As a Midwesterner, I have been following the Archdiocese of Chicago, as my hometown diocese sometimes sends young men there for seminary. I had hopes that what I had seen from the Archdiocese was improving. These attitudes and teachings have fallen into the miasma of political correctness, yet again.