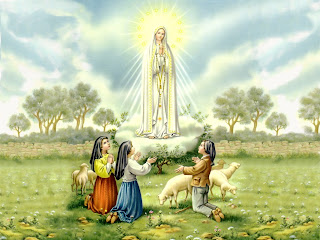 There is a London Marxist Festival which this weekend. Read this article here. Check out this link.  Tariq Ali and Tony Benn are among the speakers. Oh dear, Catholics need to pray harder. George Calloway, an MP from Bradford will speak

Come on, Westerners, wake up. The call at the conference is for radical economics, cultural revolution and a new world order.There is at least one talk on literature and art a la revolution. I think I am building up to yet another Gramsci post...And, some of you did not believe me when I said there were Marxist roots in the IRA and the Republican movement in Eire. Check out this note from the website above.


Freedom fighters
It is an old adage that “one man’s
terrorist is another man’s freedom
fighter”. And Marxism 2012 is very
proud to play host to some incredible
freedom fighters. Leila Khaled is a member of the
Popular Front for the Liberation of
Palestine and has dedicated her life to
Palestinian freedom. Most famously
she hijacked two planes in the ‘60s and
‘70s. Banned from the UK, Leila joins
us via Skype Sun, 3.45pm.
Tommy McKearney, author of The
Provisional IRA from Insurrection to
Parliament, remembers his participation
in the IRA hunger strikes 30 years ago
Sat, 3.45pm.
Ronnie Kasrils was head of the
African National Congress military
underground. He is speaking twice at
Marxism this year, asking what makes
for revolutionary courage Sat, 11.45am
and outlining the case for sanctions
against Israel Sun, 2pm.
Robert H King, a Black Panther
and one of the Angola 3, was held in
solitary confinement for 29 years. Since
his release he has campaigned tirelessly
for justice for his two comrades.
He introduces the film of their struggle
In the Land of the Free


Mary, Our Lady of Fatima, pray for us and London today.

KUDOS to a Reader

Posted by Supertradmum
I am humbled by my readers. One, New Sister, is receiving a great honor on July 27th; the French National Order of Merit. How COOL is that! Congratulations and may God bless your vocation one-hundred-fold.

Here is the explanation of the honor from Wiki and again, congratulations to a great woman. I do not know the particulars, but maybe she would share. And, later, photos, please....

The National Order of Merit is a French order which was established on 3  December 1963 by General de Gaulle and it recognizes distinguished merit...in military or civilian (actions) to the French Nation
The decree creating the National Order of Merit h.as the distinction of bearing the signatures of three presidents of the French Republic. It is signed by President Charles de Gaulle, Georges Pompidou, then prime minister and Valery Giscard d'Estaing, Minister of Finance and Economy of the time .
Its creation allows to upgrade the National Order of the Legion of Honor created by Napoleon Bonaparte on May 20 1802 to reward outstanding merit .
It also includes three ranks: knight, officer and commander, and two honors: Grand Officer and Grand Cross .
The appointment of the National Order of Merit can be done by ministerial proposal and by the procedure of citizens' initiative

Private Revelations and the Protestant Mind-Set 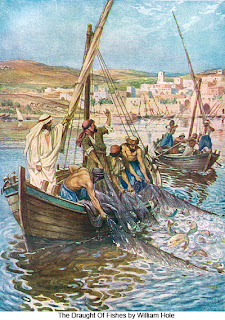 The mind-set of the Protestant is one of, simply, "protest". When a question arises to the Protestant mind as to accepting a decision or doctrine of the Church, and if this item conflicts with that person's own interpretation, he chooses his own wisdom over that of the Church. This is the way of the arch-liberals in the Church, but it is also a mind-set found among some so-called trad Catholics. And, the mind-set is causing great separations in communities and families. The problem is the proliferation and popularity of private revelations, which we do not need. Most of the appeal is emotional, even sentimental and many times the seers or visionaries pull a person away from the Church rather than into union with the Church.

One of the problems with following seers and visionaries is that the followers create division in parishes and communities. Obedience creates an atmosphere of unity and humility. Fanatic following of these visionaries seems to create a blindness and unwillingness to learn what the Church is really stating on a subject.

I have written between 11-12 posts on private revelations, which I believe are separating the Church in much the same way as the proliferation of Protestant denominations did in the 15th and 16th centuries. That people who follow these refuse to submit to the CDF or other levels of hierarchy shows that Satan, who is the Father of Deceit, is having a hay-day. In every parish I have attended in Europe, such followers of those persons, seers, or visionaries-- already either seriously warned against or condemned-- reveal a rebellious attitude no different than that of the arch-liberals. Disobedience is disobedience. Christ Himself warned us that if we cannot be trusted in small things, how can we be trusted in great?

The CDF has made three definitive statements on Vassula Ryden. Some of the criticisms deal with doctrine. I shall put the links here, as I did in a previous post, but also quote from the documents. These cannot be ignored.

First, in 1995, the Vatican stated thus:
Among other things, ambiguous language is used in speaking of the Persons of the Holy Trinity, to the point of confusing the specific names and functions of the Divine Persons. These alleged revelations predict an imminent period when the Antichrist will prevail in the Church. In millenarian style, it is prophesied that God is going to make a final glorious intervention which will initiate on earth, even before Christ's definitive coming, an era of peace and universal prosperity. Furthermore, the proximate arrival is foretold of a Church which would be a kind of pan-Christian community, contrary to Catholic doctrine.

In addition, the document added that: The fact that the aforementioned errors no longer appear in Ryden's later writings is a sign that the alleged "heavenly messages" are merely the result of private meditations.

Moreover, by habitually sharing in the sacraments of the Catholic Church even though she is Greek Orthodox, Mrs. Ryden is causing considerable surprise in various circles of the Catholic Church. She appears to be putting herself above all ecclesiastical jurisdiction and every canonical norm, and in effect, is creating an ecumenical disorder that irritates many authorities, ministers and faithful of her own Church, as she puts herself outside the ecclesiastical discipline of the latter.
Given the negative effect of Vassula Ryden's activities, despite some positive aspects, this Congregation requests the intervention of the Bishops so that their faithful may be suitably informed and that no opportunity may be provided in their Dioceses for the dissemination of her ideas. Lastly, the Congregation invites all the faithful not to regard Mrs. Vassula Ryden's writings and speeches as supernatural and to preserve the purity of the faith that the Lord has entrusted to the Church.
The link for that is here. A second warning in general  came out in 1996.


The interpretation given by some individuals to a Decision approved by Paul VI on 14 October 1966 and promulgated on 15 November of that year, in virtue of which writings and messages resulting from alleged revelations could be freely circulated in the Church, is absolutely groundless. This decision actually referred to the "Abolition of the Index of Forbidden Books", and determined that -after the relevant censures were lifted-the moral obligation still remained of not circulating or reading those writings which endanger faith and morals.
2) It should be recalled however that with regard to the circulation of texts of alleged private revelations, canon 823 §1 of the current Code remains in force: "the Pastors of the Church have the ... right to demand that writings to be published by the Christian faithful which touch upon faith or morals be submitted to their judgement".
3) Alleged supernatural revelations and writings concerning them are submitted in first instance to the judgement of the diocesan Bishop, and, in particular cases, to the judgement of the Episcopal Conference and the Congregation for the Doctrine of the Faith.
Another warning against Mrs. Ryden came out in 2007. Here is the link, and a quotation regarding:


her messages, which do not present themselves as divine revelations but, rather as personal meditations (cf. attachment 2: Letter of April 4th 2002 published in the True Life in God vol. 10). From the normative point of view, then, after the above mentioned clarifications, it is advisable to make a prudent evaluation, case by case, taking into account the concrete possibilities for the faithful in reading these writings within the framework of such clarifications.
3) Finally, it is reminded that the participation of Catholics in prayer groups organized by Mrs Vassula Ryden is not advisable. In the cases of ecumenical encounters, the faithful should comply with the provisions given by the Ecumenical Directory, the Code of Canon Law (can. 215; 223 §2, 383 §3) and the diocesan Ordinaries. A huge problem with this seer is her misunderstanding of ecumenism. False ecumenism glosses over differences, which is the heresy of "eirenism".  If one continues to go to her groups prayer meetings, one is disobeying the guidelines above. Why would any good  and sensible Catholic choose private revelation over the Teaching Magisterium of the Church? I do not know. I do not have a Protestant mind-set. I have also written on The Warning on this blog, and one can use the find link on the side-bar by typing in Private Revelations. I find that people who follow these have not read the CCC or the encyclicals of Blessed John Paul II or Benedict XVI or even the Bible. If a lay person wants to improve their daily meditations, use the Breviary and the daily Mass readings, as well as the Bible and the lives of the saints.

8th Day for the Novena for the SSPX

Posted by Supertradmum
Time for some to re-read this document from the Vatican. Just to keep things simple.....