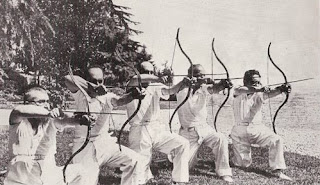 Posted by Supertradmum
We have a generation of Americans and possibly British and even Irish youth who may not ever volunteer to fight a war. Why I mention this is that the Catholic Church has held a competent theory of  "just war" throughout the ages, which clarifies the use of violence for certain reasons. Before going into some of those reasons, I would like to note that the neo-pacifists are not merely against a particular war, such as that in Afghanistan, but are against all wars. This has never been the Catholic position on war; that is, that all wars must be prohibited and only pacifism allow to the Christian.

Why some youth would never fight is that they have lost any type of good or holy allegiance to anything. If one has no fidelity either to the Catholic religion, or to a particular nation, or people, one would not defend either a populace or land.

What is lacking is the strong commitment  which forms a person's soul into wanting to defend righteousness. If a young man, especially a single man, has no alliance to any person or place, he is most likely not to be patriotic either. I suggest that a socialist and communist political philosophies undermines healthy patriotism, which is a minor virtue in Catholic teaching.

However, the Catholic Church, and to Aquinas, there are certain rules for war which are legitimate. There are rules for engagement. One can check the Catechism for these points: 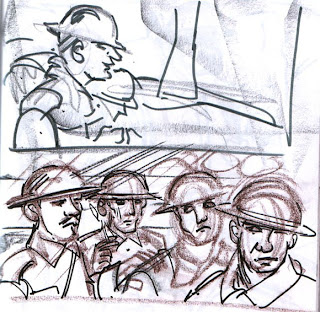 It is important for students, even in home schooling, to learn these guidelines and the more complicated issues from Aquinas. The main reasons for this teaching, which some had a long time ago, basically comes down to a few succinct points. The first point is that there has to be a just cause, that is, like someone invading one's country. Defense is a reason which would be a just cause. The second point is that there must be a proper authority. Why this is important is that only nations which are sovereign can represent the people. Groups within a country cannot represent a people, such as in Palestine, for example, which is not a nation, but a geographical area of several groups of people. Third, the intention must be just, again such as defense. A pre-emptive war is never just, such as the recent wars in the Middle East. Such differentiation in making important distinctions in deciding when a war is actually just may seem foolish or like casuistry to some, but the rule of law demands such clarity. In a country which is ruled by law, such decisions should be made in retrospect, rationally, and not be mere reactions to something. Four, there must be some reason for absolute surety of success. This means that a war should not be started if it cannot be finished, or done with the possibility of a new and reasonable governance. Proportionality is the next point, number five. This means that the amount of resources and violence used must be in proportion to what is necessary and not overly so. For example, in the Battles of Vienna and Lepanto, many soldiers and sailors were necessary to stop the take-over of Europe by the Muslims. The entire continent was praying and fasting as well. The last point, six, is last resort, which means that all diplomatic resources have failed.
In addition to the above, Christ, as both St. Augustine and St. Thomas Aquinas state, never condemned either war or the role of the soldier. In fact, he told soldiers how to behave fairly and not complain about their pay. In addition, when Christ returns in the Second Coming, He is pictured with a sword in Revelation, and with an army. 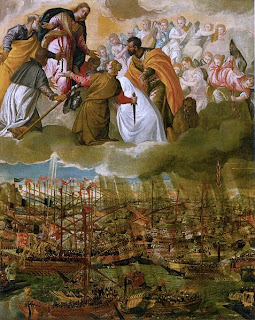 There is a modern tendency for the sin of presumption; that is, that God will take care of one if one merely trusts in Him, and that there will be no future trials, wars, or even martyrdom. This is nonsense and irrational interpretations of Scriptures. It is the modern tendencies towards pacifism and quietism which deny that war is ever a necessity or even a possibility for Christians. However, it is. Nations must be concerned about justice and the rule of law, which sadly are both ignored. There can even be a case made for war in order to preserve religious freedoms and rights. To be continued...