On a famous apostate....

In order to become a Muslim, one must denounce Jesus Christ as God. This is serious if one has been raised and lived as a Catholic.

Liam Neeson is thinking about this seriously. Pray for him.

The Catholic Church was directly established by Jesus Christ, the Second Person of the Blessed Trinity.

The Incarnate God died for our sins. We are redeemed from everlasting death by His Passion and Death on the Cross. The Resurrection is the assurance of our own resurrection from the dead.

Christ, the Mediator, Priest, Victim and Sacrifice for us may be denied by an actor who still may be in mourning for his wife who died so tragically.

Islam is a man-made religion. Why would one give up the religion of God's establishment for that of a man?

Pray for him and others. Without Christ, we are not saved. Without the sacraments of the Church, we have no access to sanctifying grace.

The heresies of relativism and eirenism tells us that there is no difference in religions-that they are all equally good and that differences should be overlooked for the sake of unity. Not so.

Our duty as baptised Catholics is to evangelize the world and bring the good news of freedom from sin and death to humankind.

I heard a fantastic sermon today on the Cross

Posted by Supertradmum
It was not given by my PP. A little, almost tiny Benedictine portress told me today that the Cross is always with us. She did a little "street drama" in the receiving room of the monastery. She told me that if we look left, the Cross is there, and she turned to the left. "And, if the Cross is here," she said facing the right, "the Cross is there as well." She put her hands out as well each time. Her face was lit up with the love of Christ.

She continued, "As long as we are with Christ, nothing matters."

One of the best sermons I have ever heard on the Cross in our lives...

God chooses our Cross for us. We cannot escape it, but therein is His Love. 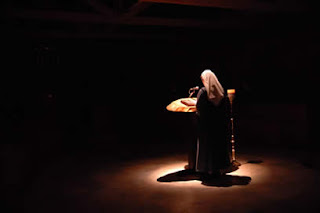 A pot of basil

Posted by Supertradmum
Father Z reminded us to get basil blessed today and go to his blog for a great history of that custom. I got the communal pot of basil blessed this morning.  In the meantime, I share here one of my favourite paintings of William Holman Hunt, Isabella and the Pot of Basil, which is connected to a poem of John Keat's and an ancient story from Boccaccio's The Decameron, (IV, 5), which is you have not read either, you should. 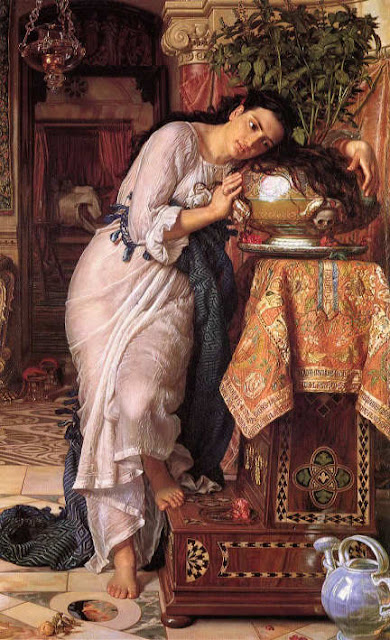 A Relic of the True Cross 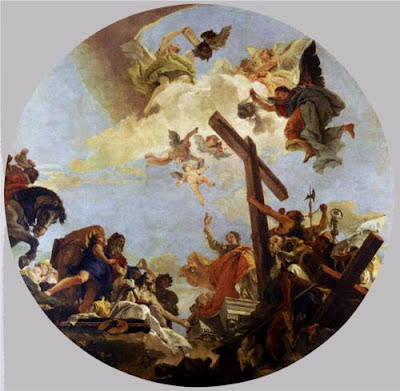 As I mentioned below, this day is special to me. At Notre Dame University, in the Basilica, there is a relic of the True Cross which we would honour today on the patronal feast of the order.

Today, I was pleasantly surprised to find out that the Church where I attended Mass has a relic of the True Cross. The congregation honoured this after Mass by going up and kissing the fantastically beautiful reliquary.

I did not get a very detailed look at the three relics which are in the smallish hand-held reliquary, but three different pieces of something are there. Only one has a label and that was the small piece of the Cross. The other two relics, beneath one another in the gold and silver cross which is about twelve inches long and maybe eight across, did not have label that I could see, but one was not wood.

I wish I could have examined it longer.

The sacristan told me the Oblates of St. Charles, who built the Church and were the order of secular priests, (which included Cardinal Vaughan and earlier, one of the founders, Cardinal Manning), given the relics.

The original donor of the church, an English woman, first had the small chapel on the right hand side built as a chapel to St. Helena. That little chapel is beautiful, with symbols of the Crucifixion, carved angels, and two windows, one of St. Mary Magdalene and one of St. Helena. The donor, I was told, wanted the entire church to be dedicated to St. Helena, but it was dedicated to St. Mary of the Angels instead. The little chapel is a mishmash of foci, which is disconcerting to one with an aesthetic eye. There are two non-matching statues which are life-size of St. Joan of Arc and St. Therese of Lisieux and a large cheap poster of the Divine Mercy. On the side in a large niche, is a little statue of The Infant of Prague. The entire thing needs to be re-done.

The donor is buried in the church in the Lady Chapel in the left aisle. I have not seen the archives, but some parishioners talked to me about the history.

How wonderful that such things are in England, the Dowry of Mary. May Mary bring this country back to the one, true religion, through the Cross of Christ, to Rome.

Why is Sibelius so special?

A member of my family had to abide by the Hatch Act all his life and did.

This exemption does not make sense. It is purely politcal.

One of my favourite David Jones' Works and a Great Hymn 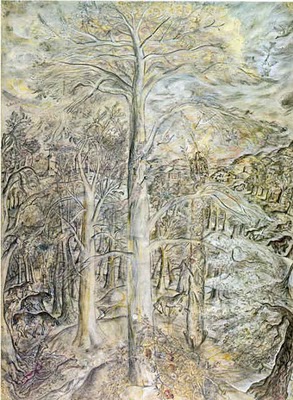 The Feast of the Triumph of the Holy Cross

Posted by Supertradmum
This feast day is very personal to me for several reasons. One, I was taught for eight years by excellent Holy Cross Nuns. I spent six years of my life or so at Notre Dame, and this is the patronal feast of the Order.

I love this feast, also called the Exaltation of the Cross, commemorating the day that St. Helena found the true Cross of Christ. The feast day dates at least to the 7th century and in this week, when so many things are happening, let us pray for more veneration and love of the Cross of Christ.

We adore Thee, O Christ and we bless Thee,
Because by Thy Holy Cross, Thou has redeemed the world.