Do the British and Americans Care about the Coptic Christians? 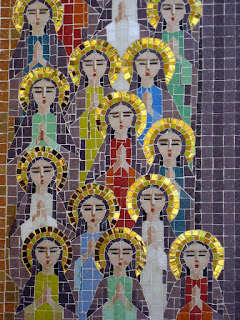 In Egypt, Christian icon and booksellers are being threatened

(article from JihadWatch online)
Youm-7, one of Egypt’s popular secular media that was recently attacked by Muslim Brotherhood supporters, reports that at least seventeen Christian bookstores in Shubra, one of Cairo’s largest districts, are under threat for selling Christian icons and statues. The storeowners, who are “in panic,” say they received threat letters by mail demanding that they stop selling their “idolatry.”
Among other things, the letters, copies of which were presented to Youm-7, say “We warn you Nassara [Koran’s derogatory term for Christians] to cease your foul trade, whereby you sell filthy idols.”
Accordingly, the bookshop owners rushed to the police stations to file reports in the hopes that the identities of those sending such letters be revealed. The report concludes by saying not much has been done to secure the stores and that only one security agent has been sent to patrol, and only during morning hours.

Feast of St. Rose of Lima 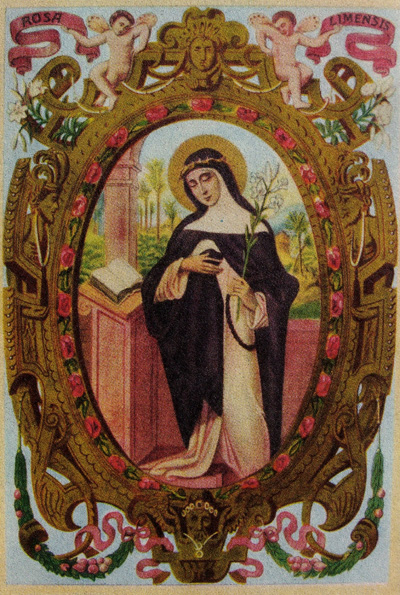 Today is the Feast of St. Rose of Lima. She is one of those rare saints who was canonized within the living memory of many who knew her. She died in 1617 and was canonized in 1671.

Today is special to me as Rose of Lima is my Confirmation name and she is one of my personal patrons.

This week in August marks one of my favourite times of the year. I love St Bernard of Clairvaux, and of course, St. Pius X. Today is Rose's day and yesterday, we honoured Our Lady as Queen. Within the week, we celebrate SS. Monica and Augustine. We shall also see the feasts of the Beheading of John the Baptist,  SS. Margaret Clitherow, Anne Line and Margaret Ward by the end of next week celebrated.

And, there are more. August is a month of great saints. Let us rejoice and be glad.

What does it mean to be a good citizen as a Catholic? 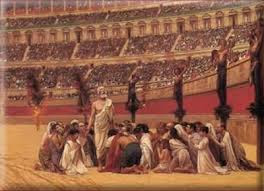 During the persecutions of the Catholics in Rome in the First Century, the followers of Christ were seen as threats to the civil authorities and civic order.

Catholics were not considered good citizens by the very fact that they were Catholics. Why? Because Christians acknowledged and still do, an authority greater than the government.

As the emperors and the People and Senate of Rome looked on a group which had loyalty to a different god, not the gods of the Roman Empire, these leaders considered Catholics as dangerous.

We are dangerous. Any state which does not follow the laws of God, such as the Ten Commandments, must fear us. We have allegiance to a Divinity, the Trinity, and the Truth which has been handed down through the centuries in the Catholic Church. We do not conform to state deviancy from natural law or from revealed law.

We have a clarity of vision which may not be the same as a state, or any group which claims authority over us.

Recently, in Canada, the problem of the government pushing lgtb curriculum in the schools has meant that the bishops had to take a stand against this blatant agenda to change children's view on sex and identity.

Catholic schools which comply will most likely no longer be called "Catholic", as these will have departed from the teachings of the Catholic Church. Some people want to be good citizens and obey the law. Some want to choose compliance and conformity to the State-the Government of Canada-over God's Laws.

Catholics will always be counter-cultural, and perhaps, counter-state. The martyrs lost their lives for believing in Christ, the Second Person of the Blessed Trinity AND for living contrary to the mores of the time in that belief.

We are all being called upon now to choose between the state and the Church.

As Christ's Church is His Own Bride, we know what the choice is. Do we have the guts to follow Him?

On a Catholic Vocabulary

Yesterday was a great and happy day for many reasons. I got a lot of work done, had a great chat with my son, ate some fantastic chocolate-hazelnut cream rolls, and had dinner with three delightfully intelligent Catholics. We had good wine, including one from Sardinia, which I had never tried before. There seemed to me to be a taste of rosemary in the wine. However, the after-dinner conversation was marred by a disagreement which really was the result of unshared vocabulary. I had forgotten that there are generational differences in the perception of language and certain words. I forgot that individuals become upset because they cannot objectify ideas.

Good conversation is becoming a lost art for many reasons.  One which I had never thought of before has to do with the lack of the teaching of college vocabulary in secondary schools. When did the love of language die? One sign of a great nation is the love of the mother-tongue. Being partly Czech, I can state that the Czechs have been passionate about preserving and using the language.

This love of language use to be a prevalent attitude in Great Britain, but no more. Part of the problem is that London is so multi-cultural that the levels of expertise in the English language varies, even among academics. Jargon for a particular area is common among business and tech people, but Catholics seem to have lost the ability to discuss the Faith using the language, or the jargon of Faith.

Lacking language is a symptom of the lack of knowledge. When we love a subject and want to know as much as possible about that subject, we learn the jargon, or the vocabulary to express the ideas in that subject.

Relativism also has destroyed common definitions. One cannot have a discussion when people are defensive or hurt over the use of an objective word. Some young people do not know how to think in any way but personally or subjectively. This creates hindrances to conversation.

I find this disturbing. There have been too many excuses for the lack of knowledge and vocabulary which mark our Faith. We need to preserve religious definitions. To think and to speak like a Catholic are primary skills allowing for growth in the Faith in this hostile environment. And, how can we evangelize without using words?

Why should Catholics be upset if I or another person uses Catholic words, such as doctrine or dogma or rite or sacrament? Could it be that people avoid definitions because they are so relativistic? Definitions pin down ideas which could become muddied in vagueness. Is it because definitions force us to decide? Definitions create commitment. For example, the word "marriage" means something to a Catholic.

I remember a college discussion on Aristotle years ago when the students were discussing a point from the Nicomachean Ethics. Half way through the discussion, which was getting bogged down, I pointed out that the students had not defined the terms, either in their view or as Aristotle meant the word to be used.

The discussion basically started over again with an agreed upon definition and immediately the entire level of sharing became elevated and clear.

The Popes have done much in the past 100 years to define so many words which we Catholics can use today.

We must use these common definitions. Otherwise, conversation cannot lead to new knowledge and new understanding but stays at the level of individual opinions, rather than a sharing of the Faith.

St. John calls Christ the Logos, the Word of God. This Word comes forth from the Father bringing clarity and life to all who listen. We do not make up the truth. Truth is a Person.

I wish I could communicate this to those much younger than myself. So many Millennials want only the language which they create from their own experiences. As valid as those experiences are, the understanding and communication of those is limited by the vocabulary of the speakers. We are losing the art of conversation as Catholics. 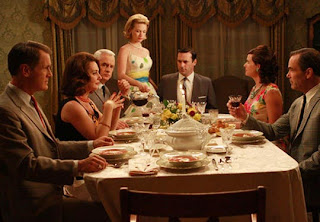 When I was growing up, we kids sat around and listened to our parents and grandparents talk about many things. They talked about politics, the Church, religion, the news. We listened and learned the rules of conversing. This happened all the time. This happened at barbecues, and birthday parties. It happened after dinner on Sunday at Grandma's. It happened in the evening, when adult guests came and we were allowed to be quiet in the adjacent rooms. We listened. One young person told me recently that his parents never invited any one over for dinner or parties with adults. I was surprised.

Now, kids go to their rooms and watch television or play computer games. There is no discussion over the dinner table as everyone is grazing.

These scenarios make me sad. My family was alive with discussion. I wish I could communicate what fun we had talking and listening and learning. I wish I had the words.

Posted by Supertradmum
I have been trying to star gaze in London, which is a challenge. However, yesterday morning at 4 am, Venus was the brightest I have ever seen in any place I have been. The planet rises about that time here, and stays brilliant for hours.

Please try and get up to look at this glorious creation of God.

I cannot see the Summer Triangle, as there has been too much "haze". However, I did see Spica and Sirius.

The crescent moon was surrounded by a corona. Hmm, rain coming? 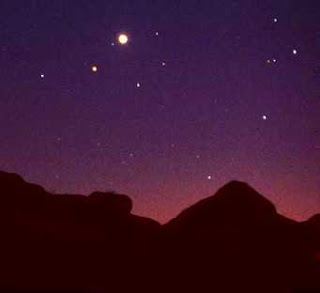