Visit this blog, Ars Orandi, for beauty and meditation

Posted by Supertradmum
If you have never checked out this beautiful blog, which I think is the most gorgeous one online, do so today, on the Feast of the Sacred Heart.

Eye Candy from the Feast of St. Barnabas in Dublin 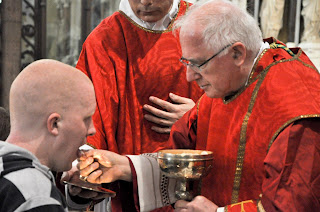 Posted by Supertradmum
from the Great Spencer  "German police raid Islamist group," from Wexford People, June 14 (thanks to Twostellas):


German police have raided properties linked to an ultra-conservative Islamic organisation (Millatu Ibrahim) after the interior minister banned the group.

Interior Minister Hans-Peter Friedrich said the Salafist organisation Millatu Ibrahim, had been calling on Muslims to fight against Germany's "constitutional order".
He said the group's goal was to see Germany ruled by Islamic Sharia law.
Some 1,000 police raided buildings including homes and mosques in seven of Germany's 16 states....

A Canadian Problem of Feeding the People of the Land 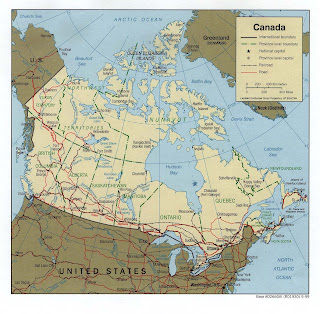 The land of Nunavut is huge. The indigenous people there are related to some of the tribes in Alaska. I lived in northern Alberta, Canada and Anchorage, Alaska for several years. When there, I was aware of the poverty and extremely fragile conditions of many of the Indigenous Peoples. There are several tribes in Alaska and some are in Nunavut,  Inupiaq, Yupik, Aleut, Eyak, Tlingit, Haida, Tsimshian, and  Athabaskan. I got to know some Athabaskans, Inuits, and Tlingits, as well as Aleuts, as I was teaching. The people I knew had migrated to the cities, but the conditions in which their ancestors and relatives lived and live in are extreme. One wonders at the natural ability of humans to adapt.

However, in light of the changing lifestyles, the hunter-gatherer tradition is dying. In some cases, villages have had to move away from the sea, where the people had fished for centuries, because of erosion. In some cases, in my opinion, the ridiculous rulings of the fisheries and meat departments in the Canadian government and American government have ruined the peoples' normal way of preparing and selling meat and fish. Stupid rules ruin lifestyles of the Inuits. Part of the problem is the ban on seal products. 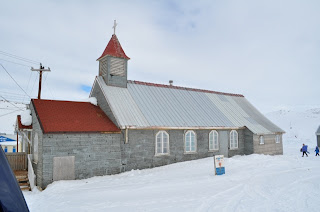 The result is that the Inuit people have to import food stuffs thousands of miles and pay for the petrol costs on top of the produce. As the BBC reported yesterday, a head of cabbage costs 28 CD and this is just one example of exorbitant prices for necessities. In addition, the health of the children of the people has been determined as dire. Here is one report:

The Nunavut Inuit Child Health Survey conducted in 2007-2008 found that nearly 70% of Inuit children aged three to five years in 16 Nunavut communities resided in food-insecure households, meaning they did not have sufficient access to appropriate foods for a nutritious diet.

Overall, 31% of Inuit children lived in homes with moderate child food insecurity; many were fed less expensive food or did not eat enough because there was no money for food. Another 25.1% lived in homes with severe child food insecurity; many skipped meals, went hungry, or did not eat for a whole day.
The UN's Special Rapporteur on the right to food, Olivier De Schutter, recently travelled to Canada, where he said 2-3m people couldn't afford the diets they needed to lead healthy lives. He said one million First Nations people and 55,000 Inuit were in a "desperate situation".

I love the Inuits and Athabaskan peoples. I wanted to homestead, that is, buy the government lottery ticket for land, but my family members were against it.  I would stand in line at the grocery shop and meet men who only came in twice a year for stuff. They would talk and talk about their lives, their dogs, the weather, and then say goodbye, "maybe see you next year". Cool and hard work, but I have never been afraid of hard work. The North is God's country and gorgeous. I have never seen such beauty as I did in the far north by the sea. 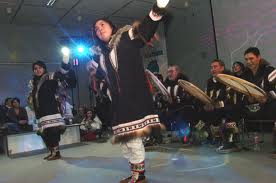 At a gathering in Alaska, I was invited to dance with one of the tribes. The women asked me to dance with them. They taught me the hand and feet movements. The entire experience was one I shall never forget. I was greatly honored, but they told me they were honored and bowed to me. I was touched by their kindness and hospitality.

I love Alaska, and northern Alberta is very, very big. Nunavut is gigantic.

I pray that a solution to the problem of feeding the people is solved. They should be allowed to return to their natural, old ways.  This is an unpopular position, as the save the seal groups disapprove of the way the seals are killed. Who is more important-a child or an animal? This problem is man-made.