Posted by Supertradmum
Why is the Net easier to access and faster in Europe? Just wondering.... 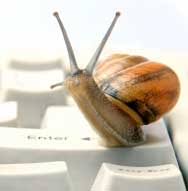 Posted by Supertradmum
Any people involved in airlines, who would like to comment on the missing plane? Some of my friends doubt all the information from the news. I have been listening to a Viet Nam vet, who was ruminating on the possibilities.

Posted by Supertradmum
I have had only two recommendations on reading material for arguments against classical liberalism. I shall take time and read these once in hand.

We need to realize that the GOP is no longer a real force in American politics. What America needs are new parties, to challenge the old guards, which have let us down.

Are there any brave people who can start new parties, which have no truck with socialism and which actually defend the Constitution of the United States?

and why does RT have the news before the US earthquake site?

The Growing Catholic Arguments For And Against Libertarianism Part One

“My political opinions lean more and more to Anarchy (philosophically understood, meaning the abolition of control not whiskered men with bombs) — or to ‘unconstitutional’ Monarchy. I would arrest anybody who uses the word State ... and after a chance of recantation, execute them if they remained obstinate! If we could go back to personal names, it would do a lot of good.
Government is an abstract noun meaning the art and process of governing and it should be an offence to write it with a capital G or so to refer to people … The most improper job of any many, even saints (who at any rate were at least unwilling to take it on), is bossing other men. Not one in a million is fit for it, and least of all those who seek the opportunity …
There is only one bright spot and that is the growing habit of disgruntled men of dynamiting factories and power-stations; I hope that, encouraged now as ‘patriotism’, may remain a habit! But it won’t do any good, if it is not universal.”
- J.R.R. Tolkien, letter to his son, 1943 (from The Letters of J.R.R. Tolkien).

Now, a disclaimer-I am not one of these super-democrats who believes in the absolute power of the people. Just read de Tocqueville for my point of view in that regard.
Nor am I one of these neo-trads who believes that God created monarchies as the best government for all posterity.
I believe in subsidiarity and in small, very, very small government, like the cantons and the city state polis of the Greeks.
I believe in local government, not in large, international, global governments. The smaller government is the best, in my opinion.
Many Catholics in the Midwest who are conservative, especially the young conservatives, have been tending towards libertarianism. Now, this phrase covers a huge range of definitions. I suppose I am a Greek, pre-enlightenment classical libertarian, not quite as naive as Hayek, but more inclined to Christianize the older, enlightenment ideals. Hayek would be a Whig, and of course, I would never be a Whig. Also, the Church has rightly condemned socialism and that is not part of this argument.

I am a passionate believer in American states' rights. Except for the evil of slavery, I would have followed Lee and Jackson into battle for the sake of state independence from big Washington government. I totally support the idea of cessation of states, believing it to be legal and, perhaps, necessary.

If Texas or Alaska would declare independence, I would reconsider moving to those states.

My first political awakening as a young teen was the campaign of Barry Goldwater. My son has all my Goldwater badges. I was a fierce campaigner and could debate the best in the high school or in the dining room.
In our times, with the decay of the GOP, acting like Dems, I hardly can cast my vote for the neo-cons. Note, as a historical anecdote, I was THE representative for Alan Keyes in the 2000 Iowa caucus in my area. I like that man and he would have made a great first Black president.

As to the trads who glorify monarchists, I can only quote Scripture, Samuel 8:
10 Then Samuel told all the words of the Lord to the people that had desired a king of him,
11 And said: This will be the right of the king, that shall reign over you: He will take your sons, and put them in his chariots, and will make them his horsemen, and his running footmen to run before his chariots,
12 And he will appoint of them to be his tribunes, and centurions, and to plough his fields, and to reap his corn, and to make him arms and chariots.
13 Your daughters also he will take to make him ointments, and to be his cooks, and bakers.
14 And he will take your fields, and your vineyards, and your best oliveyards, and give them to his servants.
15 Moreover he will take the tenth of your corn, and of the revenues of your vineyards, to give his eunuchs and servants.
16 Your servants also and handmaids, and your goodliest young men, and your asses he will take away, and put them to his work.
17 Your flocks also he will tithe, and you shall be his servants.
18 And you shall cry out in that day from the face of the king, whom you have chosen to yourselves. and the Lord will not hear you in that day, because you desired unto yourselves a king.

Have there been saintly kings? Yes, and the list is impressive. But, these men form a small list compared to horrible kings and queens.
I think the Catholic can look to Christ the King as the real Ruler of Heaven and Earth. As to libertarianism, let the debate begin.....is Catholicism compatible with some form of libertarianism? And, I am not referring to Ayn Rand and the evil objectivism. Again, there are many definitions of libertarianism.

Prayers for those in our families

Last week, I sent Catholic books to my three brothers who are practical atheists. I have tried to convert them in small ways and in rational argument for years. Two ignore me and one, once in a while, encounters me and asks questions.

However, they all have been far way from the Church for decades. Praying daily, I hope that God hears my prayers to give them tremendous graces of repentance and  for returning back to the Church into which they were baptized, the one, true, holy, apostolic and Catholic Church.

Many of us have fallen away Catholics in our families. Let us pause today and pray earnestly for them, not pretending that their lives have departed from grace, but begging Christ on the Cross for mercy.

I believe that God will hear our prayers. Pray that the wills of those who have fallen away may again be open to God's grace, as all conversion is in the will.

Let us pray together for our lapsed Catholic siblings and children.