Guess where these photos were taken game?

Posted by Supertradmum
There photos were taken in the 1950s and 1960s. Play the game and win three Hail Marys. 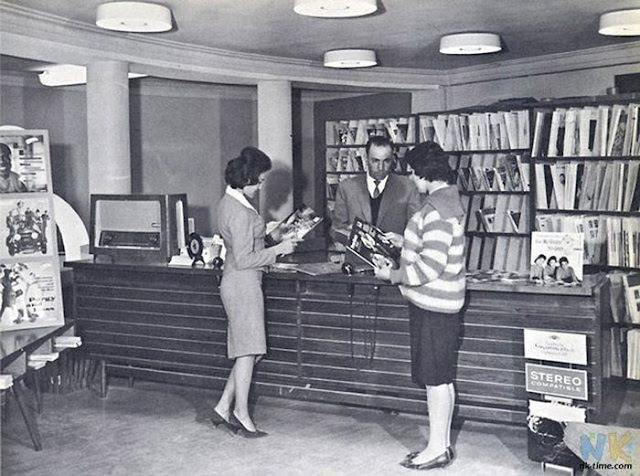 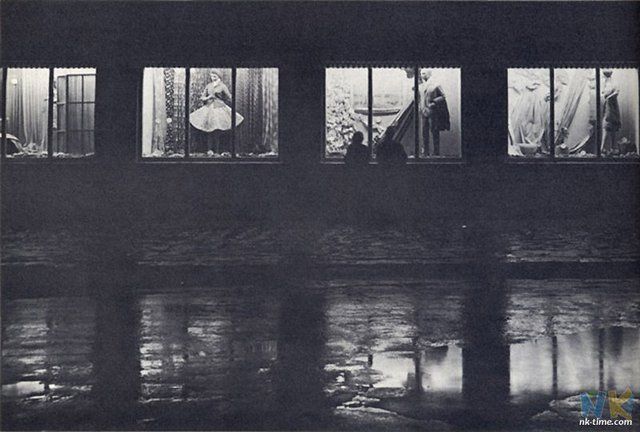 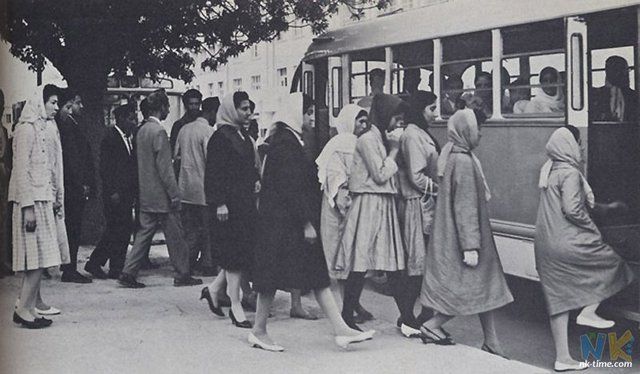 The Missing Element of Prayer-Silence 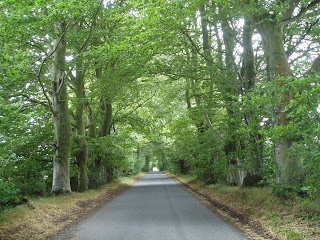 I do wish the culture would revert back to the days when silence in Church was the rule.  If one is not silent, one cannot listen. May I quote Mother Theresa for back-up:


“It was not until 1973, when we began our daily Holy Hour that our community started to grow and blossom... In our congregation, we used to have adoration once a week for one hour, and then in 1973, we decided to have adoration one hour every day.  We have much work to do.  Our homes for the sick and dying destitute are full everywhere.  And from the time we started having adoration every day, our love for Jesus became more intimate, our love for each other more understanding, our love for the poor more compassionate, and we have double the number of vocations.  God has blessed us with many wonderful vocations. The time we spend in having our daily audience with God is the most precious part of the whole day.” 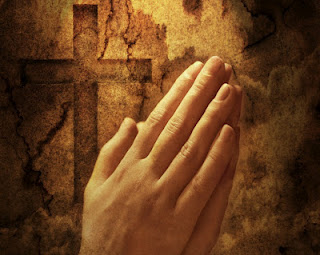 Audience means listening. And, I quote her again:

Posted by Supertradmum
One of the things I do is pray for seminarians and priests. Seminarians talk to me, because they know I take their lives and discernment process seriously and that I shall pray for them.

One of the things I have noticed about seminarians is that the one's who succeed in following their vocation undergo not only a spiritual formation, and an academic formation, but also an intellectual formation. What do I mean by this?

The young men who end up ordained undergo a "head change". They slowly but surely stop "thinking" like a lay person and start thinking like a cleric. I have never read anyone define or describe this before, so I am all alone, I think, in my observation. Let me explain.

Spiritual formation we understand as moving away from bad habits, learning the discipline of prayer, and developing a close, love relationship with Christ, His Mother and the Church. Academic formation involves getting the necessary training in philosophy, theology, and liturgy, as well as developing pastoral skills.

Thinking like a priest is another thing altogether. What do I mean?

A layman relates to the world as "in" the world. A lay person is concerned with a job, a profession, most likely looking for a wife and being open to marriage and children. A lay person views the world as his place of work, play and spirituality. Lay spirituality is not that of the Benedictine, Dominican or even that of the secular priest, except in a limited manner. So, these various approaches to life create a world view, a "thinking" process which involve engaging in the world as a lay person. The world is our "stage". It is where we live out our salvation. It is the rough material for our souls wherein we grow in virtue and holiness.

Our entertainment, goals, friends, joys and sorrows are in the world, within families and lay gatherings of friends.

If I see a seminarian spending most of his time with his lay friends and not as much time with his fellow seminarians or with priests, I am concerned. That young man IS NOT IDENTIFYING with the priesthood.

This is a thinking process, of self-identification.

When I see a seminarian involved with other seminarians, socializing with priests and sems, I know that he is identifying with the clerical lifestyle. He identifies with his fellow clerics and this is good.

There is a huge difference in the way we think about ourselves and the world in which we live.

Unless a sem begins to really like all the trappings and manifestations, as well as the work of a cleric, he may not follow through with his vocation. He may not even have one. It is not about the work, merely, it is about who he is and how he thinks. How we act follows how we see ourselves.
.
It is not about the work for a an active sister, for example,  but about her relationship with Christ, as He is her Lover, she His Bride. For the priest is it about his work to a certain extent, as he is persona Christi, and he is what he does. But that is the key, being a priest is about being, and thinking is part of being. More than most vocations, the priest is Christ. That he is a professor, or canon lawyer, or counselor is secondary. 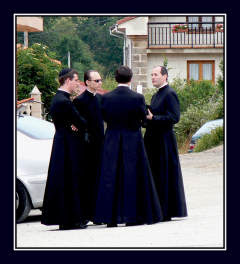 The priest is set apart, as a sign of contradiction in the world. His vocation is not merely a career. He is not "one of us", nor should he think he is.

Several years ago, some sisters with whom I was having lunch expressed that they could not understand why their order had no vocations. They talked for one hour about careers, flying here and there, including to Washington, doing this good thing in the ghetto and doing that good thing as a principal, but never once, in their discussion on their vocations did they refer to the Perfect Man Who loved them each individually enough to call each one to Himself, for Himself. They had forgotten their first Love and they were not thinking like sisters but like lay people. That is why they did not and still do not have new vocations.

For a seminarian to love God and His Church as his bride, to think like a priest, is a sign of a vocation which will flourish. For some, this is a quick transition, but for others, this may take a few years.

To put on the mind of Christ for a young man is to become Christ, to think like Christ, the High Priest and this means thinking like a priest and having his primary community that of his fellow priests.

Thinking and being indicate who we are.

I would ask a seminarian these questions?

Does the young man love Mary as his Mother and Lady? Does He love Christ above all and want to be like Christ? Does he love the Church, the Bride of Christ? Does He love God's people as a father loves his children? Does he like being with other priests and other seminarians? Does he know what it means to think like a cleric and not a layman? Does he know that a vocation is not simply a career?  Does he desire to say the Mass?

9th Day of the Novena for the SSPX