Look at the fantastic, but chilling article from another blog by a Mr. Badeaux, sent to me by an electronic friend, on whether some of the bishops should be excommunicated. I said before here that this time in America is like the time of Arianism, which split the Church, and when some bishops, as well as laity and rulers, professed that heresy. Here is the link, and we need to stop being nice!!! By the way, remember, as told us in A Man for All Seasons by Thomas More, silence is complicity. Silence is consent. If a bishop does not come out against either this present administration's attack on religious freedom or excommunicates pro-choice Catholic politicians in his diocese, he is responsible for those crimes by consent. 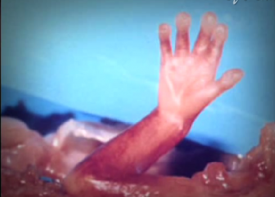 To make it all more real, do we want politically correct bishops, or this? This is a first trimester murdered baby. And, Google removes photos like this all the time, as does YouTube. Why?

OK, honesty time. I have always been a bit geeky. Most of my friends in philosophy and theology class were a bit geeky. All the cool kids were in drama and art. Sociologist and engineers were not on the radar, off at opposite ends of the spectrum. In 1968-1969, I saw 2001: A Space Odyssey at least twelve times and no, I did not do drugs. Part of it was that I was dating a lots of guys who said, "Hey, do you want to see Space Odyssey?" Of course, unless the guys were really geeky, I went again and again. (I saw Dr. Zhivago four times in a month because of this pattern. And, I hate that movie now, although the scenery is great!)

The movie does not exactly fit into Catholic ideas of God or humans. In fact, it is a clarion call of the Modernist heresy of "progressivism", condemned by the Church, which states that humans will evolve into some type of superior spiritual and physical creatures. Star Trek is full of this heresy.

In the past few days, the BBC magazine has had an interesting article on whether there are more people living than dead. The author, and here is the link, notes that Kubrick in his book, which I read only once, puts this statistic in his story. "Behind every man now alive stand 30 ghosts, for that is the ratio by which the dead outnumber the living."


Wesley Stephenson, the author of the article writes that now, in 2012, there are 19 dead people, or  "ghosts" for every living person. This is astounding. As one who daily prays for the souls in Purgatory, this was a shocker. I assumed the opposite. 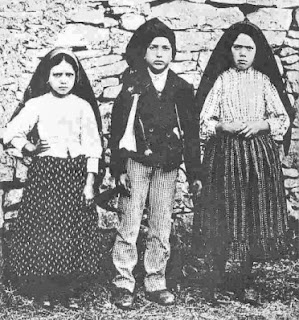 We do not have to believe in private revelations, but here are the three children, two on their way to canonization, who saw Hell.


This statistic might not mean much to some who read this blog, but it does for me, I need to pray more for the dead. How many souls are in Purgatory? How many in Heaven? How many in Hell? And, yes, contrary to some theologians and priests in America, in seminaries, and elsewhere, there is a Hell and there are souls there, forever. Pray, fast, pray.