Does anyone care about women in Egypt?

Read this article from the Financial Times. Here is a snippet:

Over the recent Eid al-Fitr holidays, about two dozen volunteers gathered for the first time at subway stations to try to give a bit of relief to women shopping and travelling during days off. Without nearly enough resources to stop the sometimes wanton public tormenting of women, they concentrate on the most egregious violation: men storming the subway cars meant to shelter women from the groping hands, ogling eyes and foul-mouthed catcalls of males.
“The problem is that 50 per cent of the population is scared of the other 50 per cent, so that women can’t go out or work,” said Nihal Saad Zaghloul, an activist with the group Basma, a civil society group that emerged from the revolution, which initiated the harassment patrols. “The men feel they can do it. They know they will not be punished, so they do it.”

...the vast majority of victims were dressed like Wafa Abdel Fattah, a 23-year-old employee of a call centre, wearing a loose-fitting gown and a beige headscarf over her hair, an outfit covering all but her face and hands.
“I have been harassed so many times it’s like a routine,” she says, after getting off the subway. “The young men come into the women’s compartment and they give us dirty looks or say nasty things. Once, a man slapped a woman in the face.”

Posted by Supertradmum
Ladies, I found some great sites for patterns for dresses from different eras. The sites also refer to classes and other tips for sewing. For the modest Catholic girl and woman, these can be helpful and intriguing places on-line. This first one has a "show and tell" as well.

Also, one can still find older patterns from the 1960s and 1970s for weddings and formal wear. I think the Jane Austen look could become the new trend for Catholic weddings. An elegant, elderly friend of mine invented one time, when I was complaining years ago that I did not have anything "trendy", a wonderful phrase.

"My dear, YOU set the trend." For some of these below, I would use a little "lace". 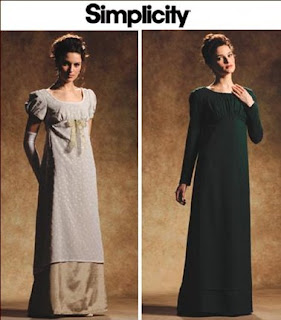 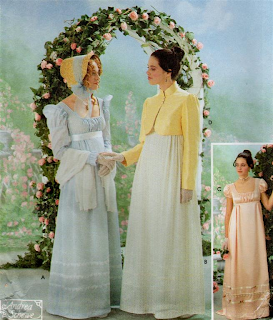 A mother-of-the bride could wear something like the first photos, or anyone for evening wear. Here is another site.

Posted by Supertradmum
This weekend, JonathanCatholic is helping me out with posts so that I can have a real retreat. Thank you, Jonathan, for being so considerate and kind. 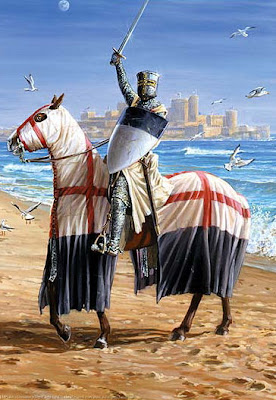 Here is one of three.


Saint Paul, Grace, and the Body of Christ

“Often have I tried to force them into blaspheming, by inflicting punishment on them in one synagogue after another; nay, so unmeasured was my rage against them that I used to go to foreign cities to persecute them. It was on such an errand that I was making my way to Damascus, with powers delegated to me by the chief priests, when, journeying at midday, I saw, my lord king, a light from heaven, surpassing the brightness of the sun, which shone about me and my companions. We all fell to the ground, and I heard a voice which said to me, in Hebrew, Saul, Saul, why do you persecute me? This is a thankless task of yours, kicking against the goad. Who are you, Lord? I asked. And the Lord said, I am Jesus, whom Saul persecutes. Rise up, and stand on your feet; I have shewn myself to you, that I may single you out to serve me, as the witness of this vision you have had, and other visions you will have of me. I will be your deliverer from the hands of your people, and of the Gentiles, to whom I am now sending you. You shall open their eyes, and turn them from darkness to light, from the power of Satan to God, so that they may receive, through faith in me, remission of their sins and an inheritance among the saints. Whereupon, king Agrippa, I did not show myself disobedient to the heavenly vision.”- Acts of the Apostles 26:11-19 Knox Bible

Thanks be to God for giving us the great gift, by His grace, of St. Paul to guide us and teach us in the excellency of Jesus Christ our Lord. St. Paul, we pray thee, intercede for us in the presence of Christ, He who you so dearly loved in this life. Guide us all and be with us all, in the unity of the Body of Christ, which unity is so strong that death has no power to break it. Glory be to the Father, and to the Son, and to the Holy Ghost; as it was in the beginning, is now, and ever shall be, world without end. Amen!