On Munds, Part Two of Three 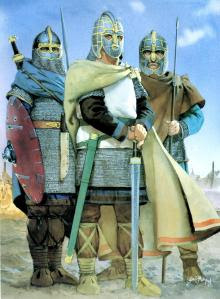 Tacitus in his work on the Germans, writes about munds. In one place, Tacitus writes that a mund is equal to five cows. Here is Iowa, that would amount to 4,000 USD for a prime Black Angus, but up to 100,000 USD for a show cow. Not a bad mund...

,...marriage in Germany is austere, and there is no feature in their morality that deserves higher praise. They are almost unique among barbarians in being satisfied with one wife each. The exceptions, which are exceedingly rare, are of men who receive offers of many wives because of their rank; there is no question of sexual passion. The dowry is brought by husband to wife, not by wife to husband. Parents and kinsmen attend and approve of the gifts, gifts not chosen to please a woman's whim or gaily deck a young bride, but oxen, horse with reins, shield, spear and sword. For such gifts a man gets his wife, and she in her turn brings some present of arms to her husband. In this interchange of gifts they recognize the supreme bond, the holy mysteries, the presiding deities of marriage. A woman must not imagine herself free to neglect the manly virtues or immune from the hazards of war. That is why she is reminded, in the very ceremonies which bless her marriage at its outset, that she is coming to share a man's toils and dangers, that she is to be his partner in all his sufferings and adventures, whether in peace or war. That is the meaning of the team of oxen, of the horse ready for its rider, of the gift of arms. On these terms she must live her life and bear her children. She is receiving something that she must hand over unspoilt and treasured to her children, for her son's wives to receive in their turn and pass on to the grandchildren.

Cows or land seem like good munds to me.

And, the ladies had the right to pass on their munds to their children or grandchildren.

Hmmm, I missed out on something here.  I could have bought a comfortable house in Spain for four Black Angus show cows!

Email ThisBlogThis!Share to TwitterShare to FacebookShare to Pinterest
Labels: munds

On Munds, Part One

The tradition of dowry has changed and in been in flux for centuries. The exchanging of swords became a sign of trust between a past enemy and the new friend. In the Icelandic annals, a new sword became a symbol of this old one of trust. The new sword could have been purchased by the new husband who would give it to his new wife. He could have been returning her father's sword, given to him, or he and she would have exchange swords.

By the time these customs were written down, the original customs had faded.

Why I am writing about this is that this type of thing is called a mund. The mund was a security for the woman, who was given land for her own posterity, so in case the man died, the widow would have something to live on. The mund is found in Beowulf, where it is called a "spear dowry", which would have been a cache of weapons. Weapons had a stable value. One could always sell these off, if needed. Would not a widow keep the weapons and pass these on to her son. The sons inherited stuff from the father, but so did the woman, for her upkeep and security.

The woman would not have to rely on brothers or uncles, which was a good thing. My saint, Etheldreda, had her own land ownership. As one betrothed, she had that security.specifically the male dowry. It's a Scandinavian concept, one made a promise of land, and if one broke the engagement or popped off that becomes the property of the woman betrothed and her family

The betrothal ceremony was extremely important, and legally binding. Christianity became controversial in some cultures, as it changed the emphasis from the engagement to the marriage. But, in England and in Germany, both stayed important.

The mund of the woman was usually money and that of the man, land. See an example, below.

What a great idea. The word mund is found in many Anglo-Saxon names, such as Edmund, Osmund, Garmund, Sigmund and others which include mund.

Any prefix makes sense with mund. Edmund means goodly or cute guardian. Ed is short from Edel, which means princely, or great. Etheldreda is from the same root, Ed being the diminutive.

Osmund means godly guardian, like the wonderful wizard of....as Os was a pagan god of the Anglo-Saxons. 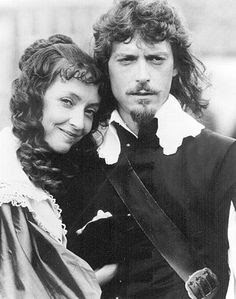 In the first episode of By the Sword Divided, one sees played out in the series the old Anglo-Saxon idea of mund in the betrothal of Anne Lacey and John Fletcher, wherein, the fathers set the terms: Sir Martin Lacey gives money and Austin Fletcher gives lots of land, ships, and stuff from the New World.

Unless there were invasions, civil war, or pigginess from such monarchs as Henry VIII, who stole many a woman's mund, a woman could expect to have her mund until she died.

(Notes from Edmund. To be continued...)

Email ThisBlogThis!Share to TwitterShare to FacebookShare to Pinterest
Labels: munds

Happy Mum's Day to All Brit and EU Mums

Posted by Supertradmum
To all mums in Britain and the EU, have a great day.

Thanks be to God for children.  And, thank you, Mother Mary, for saying "Yes" to God.

Mother's Day comes from the Medieval "Lady's Day" which was the celebration of The Annunciation extended to all mums on the nearest Sunday after March 25th.

It is NOT a Hallmark invention.

Be good to your mums today.

I wish a happy day to the mums I know and love in England, Ireland, the EU. Carole, Jenna, Ursula, Elizabeth, Lynda and many others.

It is an honor to be a mum. 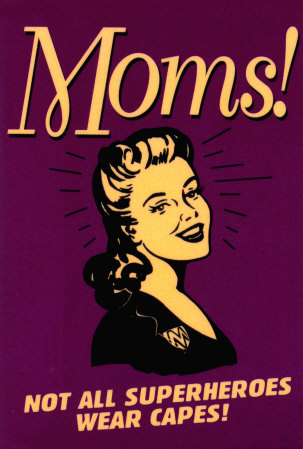 Wow and thanks to Peter for the heads-up 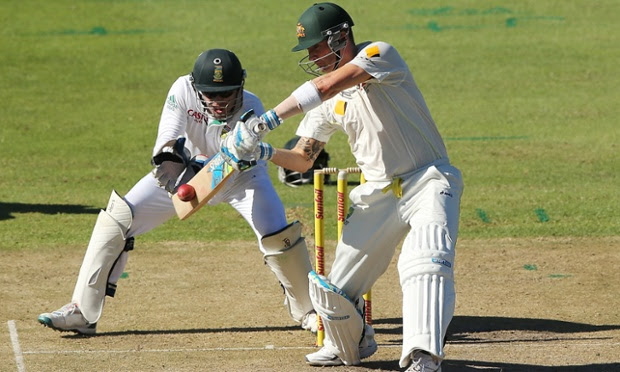 Hey, I want one of these...on a little patch of English soil

Good one for the BBC

While the American media is silent. Thanks to Spencer for the heads-up on this report. 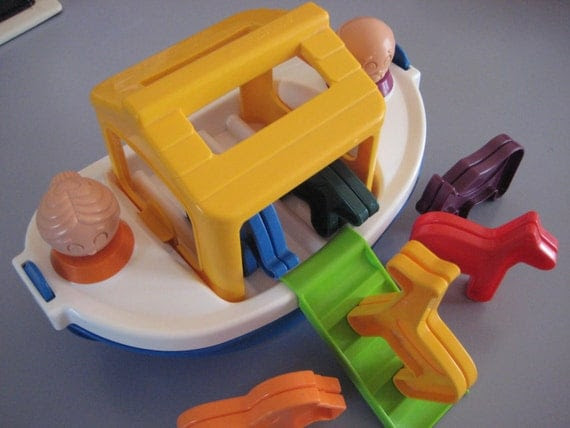 Looks like a missed opportunity....Aronofsky may be trying to exorcise his own Jewish roots--too bad.

Only twice in my long life have I had such a horrible time with asthma.

The first time I "got" asthma was in 2010, living in Missouri. That bout lasted from January to March first.

The second horrible bout has come this year, from January, up to and including, this very day.

I have no idea what triggers this asthma. All I know is that I am severely impacted by certain conditions in rural Missouri and Iowa. What these triggers are, I do not know.

I have never had asthma in Ireland, Great Britain, or Malta. Go figure.

One of my nurse friends tells me that the sea water is good for people with lung and bronchial problems.

Could be. But, God in His Wisdom has me plunked down in rural Iowa, surrounded by fields and in sight of a misty river.

Hmmm. Perhaps, someday, I may be able to afford allergy tests, but not this day.

I pray for all those who have asthma and allergies. I ask God to have mercy on us all and heal us.

One of the worst aspects of this disease is sleep deprivation. One cannot sleep when one is coughing or wheezing.

I have some friends with asthma and today, I think and pray for you. Please pray for me.

I would much rather be by that sea and salt air.

In the past two months, I have been tutoring off and on in English Lit, Composition, the Novel, Poetry and Greek Drama.

Yesterday, I asked my student to watch the fantastic version of Oedipus Rex, from Toronto, directed by Tyrone Guthrie and featuring a famous Treker in the chorus, William Shatner.

One can watch it here. https://www.youtube.com/watch?v=ZZUCgq8LfhY

I had forgotten, having shown this version to my students in 1980, that the Toronto version opened with someone referring to the "symbolic" actions of the Mass. How Catholic Canada was in 1957, or how Anglican, to use the Mass and the re-enactment of Calvary as a starting place for a Greek play. Of course, for centuries, Catholics have seen this play as moral enough to teach virtues, those same virtues praised by Aristotle and held by the Greeks to be necessary for the peace of the polis.

Ironically, both Canada and the States reveal a deeper aspect of paganism than the Greeks ever experience.

The fullness of Revelation had not been given to the Greeks, but to the Hebrews. That the Greeks knew so much about salvation, suffering, morality, and the reparation for sin was a knowledge given to them via both natural law and reason. Reason, the great gift to humans, provided the Greeks with insights into the soul, the mind, the intellect, the imagination.

In our day and age, we see a huge falling off of both the belief in natural law and the belief that reason, one way in which we are made in the Image and Likeness of God, can lead one to moral norms.

The present generations prove to be more pagan than the pagans of ancient Greece. Would today's pagans howl like Oedipus, when he discovered his sins, or rationalize these sins, or worse, accept these sins, patricide and incest, as normal?

The terrible truth of the generations which live today centers on the fact that, unlike Sophocles, these people have been shown the Truth and rejected the Truth.

God has been mocked. Oedipus took on himself his own sins and went into exile. Christ has taken our sins upon Himself and we have made Him go into exile, but marginalizing Christianity from our cultures, our politics, our homes.