An Open Letter to My Readers...

I have been so humbled by comments on this blog, and in my e-mail, as there are so many great "supertradmums"  and supertrad-dads out there, as well as supertradsingles. I have heard from married women with tons of kids, home schooling and living the virtuous life at home; single women, some of whom are professionals, or struggling to find work, and some who are in third orders. I have heard from traditional dads and retired men, who are so fantastically Catholic, that I know there is a strong remnant out there, carrying on the Faith to the next generation.

I have heard from students, in law, in medicine, in the seminary, who want to follow Christ in perfect obedience to the Gospel and the Teaching Magisterium of the Church. That we all belong to the one, true, holy, Catholic and apostolic Church is too wonderful to even contemplate without joy.

Thank you, all my readers, as you keep me humble and in my place...You are the shock troops. I am merely the correspondent behind the lines.

Perfection Series Continued: "Such as a man is, such does the end seem to him"

I have lost track of how many posts I have written in my series on Perfection, and I apologize to those who wanted me to put them in one, neat section. I have not had time to do this, however excellent the idea is.

I am adding to this series today, working again in Garrigou-Lagrange's magnificent work The Three Ages of the Interior Life, from where the quotation in title is taken, as he quotes the ancient Greeks.


Today, I have been thinking about the virtue of Prudence and politics. a combination of thoughts which goes back to Aristotle and Aquinas. A footnote in Garrigou-Lagrange caught my attention. He states that "the politics of states rarely rise above the economic or material interests of the people, above the tangible, useful good; they give little consideration to the rules of true morality or the honest good, the object of virtue. Then morality disappears in the relations of nations; states sometimes permit enormous collective crimes which they could and should hinder by defending the oppressed and the persecuted. Thereafter, the nation must bear the punishment tor the terrible results of these unpardonable impudences and cowardly acts, which negate the moral law and right in order to maintain the primacy of power or of gold. To compensate for these faults there must be an intense interior life in certain souls who may the "the ten just" of whom the Scriptures speak and because of whom God show mercy."


To unpack this little footnote, one can see that all the nations of the world have fallen under the idolatry of gold, the preoccupation with money and finances to the point where there is little active prudence with regard to morality.

The "honest good", the object of virtue, which Garrigou-Lagrange notes here, and which is discussed in both Aristotle and Aquinas, has been set aside, or ignored, or worse, undermined by the powers that be, mainly because they themselves do not belong to the small group of "ten just men".

What has happened is the complete marginalization of morality in the political sphere. Those who are ambitious, who desire power and glory on earth, have exchanged their end, that is, eternal life, for material goods, such as wealth, popularity, power, influence, etc.

We have seen a lack of temperance in temperament in leaders in the last two centuries, as most have moved away from following the moral, natural law and merely followed what seems best to them. The list is long-Napoleon, Lenin, Stalin, Hitler and even some in our own day.


Infused prudence, more than acquired prudence, given to us, as we all know and reiterated by Garrigou-Lagrange, in baptism, "grows with charity, through merit, the sacraments, Communion".


There are NO other ways to grow in infused prudence. Right reason follows grace. This movement of the Spirit of God is connected to one of my favorite themes on this blog, thinking like a Catholic. Just start in January and keep reading...


Infused prudence should be manifested somehow-it must be seen, observed, followed. Garrigou-Lagrange has an excellent small section on mediocrity as the following of negative prudence. Have we not seen that in our leaderships crises is both the Church and in nations?


Infused prudence is am impossible virtue without humility, chastity, patience, as the great priest tells us. One learns to be inclined, to follow a life of virtue, but with training...Parents, pay attention, please.

Prudence, according to the theologian, as one of the Cardinal Virtues, lies just beneath the Theological Virtues necessary for salvation. Quoting both Aquinas and Augustine, Garrigou-Lagrange notes that "The lower reason judges everything from the temporal point of view; the higher reason from the point of view of eternity."

What I find really interesting is what the author does with the explanation of false prudence, a communal prudence, merely gained by living in certain communities, merely conforming.

He states, "At certain times, for instance, during persecutions, the inadequacy of such a way of acting becomes evident." Garrigoug-Lagrange here infers  that only those who remember "the one thing necessary", like Mary at the feet of Christ, can managed to live a life of virtue under persecution.

I have been accused of even "good Catholics" of being to scrupulous regarding certain, so-called "little" things, things such as tithing, being absolutely strict on fasting, abstinence, taxes, "little" white lies, and so on. I am taught by the Holy Spirit that Luke 16:10 is the only way to Eternal Life-we can cooperate with grace, or not do so. We can choose the harder, narrower road to perfection, or not do so. Infused prudence helps us make these good decisions, which seem daft to those who have not conformed their minds to that of Christ. May I add that there are many Ordinariate families of priests, who are suffering from a loss of life-style, pensions, and other perks, because they chose to come into the Church rather than wait with a worldly prudence. For such people is Eternal Life. 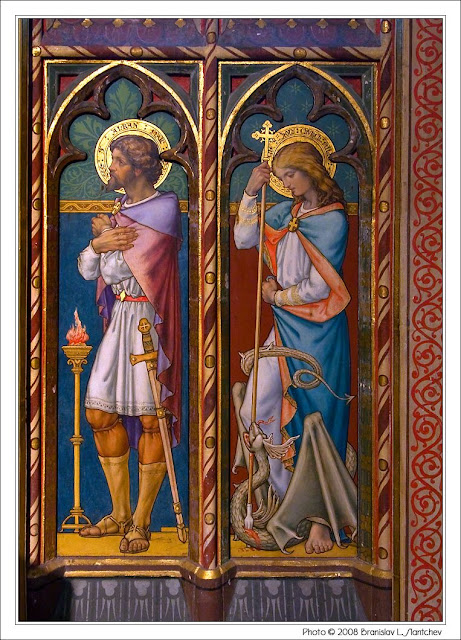 Please take part in the poll

Posted by Supertradmum
I have a poll for a post today, so please take part in it.

I am interested in the demographics of my readers, if you do not mind.

The poll is on the right side-bar.

Live in the Present Moment

Posted by Supertradmum
Tell someone you love them today. If you love, show it, even in a little way.

Never regret passing up an opportunity for loving in Christ, through His Mother Mary. 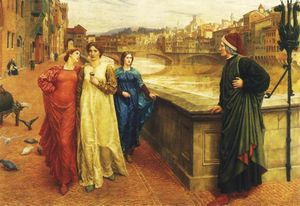 Show respect, listen, do something small, love. Never let your heart grow so old that you cannot love freely.