Three people have been allowed to enter into a civil union in the Brazilian state of Sao Paulo, the Telegraph reported earlier this week. Claudia do Nascimento Domingues, a public notary, granted the request for a civil union of one man and two women, saying there is nothing in law that prevents such an arrangement. The union was estabished formally three months ago but only became public this week.
“We are only recognising what has always existed. We are not inventing anything,” said Ms Domingues. “For better or worse, it doesn’t matter, but what we considered a family before isn’t necessarily what we would consider a family today.”
You can say that again. Dr Patricia Morgan, the most important sociologist specialising in family policy today, told Simon Caldwell on this site’s homepage that she was not surprised by the ruling, and pointed out that similar attempts have been made in the Netherlands. She said that the proliferation of a range of relationships that will be legally considered equalvalent to marriage was inevitable once the institution had been redefined.

We are entering a new era of spreading anti-Semitism 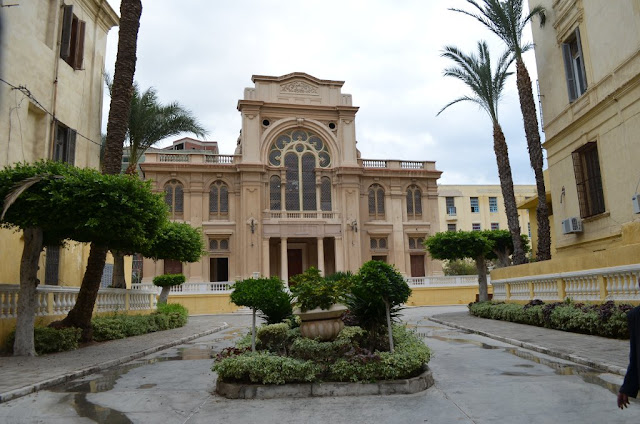 Tolerance and pluralism in full flower in the new Muslim Brotherhood Egypt. "Egypt Shuts Down Last Jewish Synagogue," from the Jewish Press, September 1 (thanks to David):

For the first time in 2,000 years, there will be no Rosh Hashana and Yom Kippur services at the Eliyahu Hanavi Synagogue in Alexandria in 5773, reports Daniel Greenfield in “In The Point.”

This was the last active synagogue in Egypt. The Egyptian authorities’ excuse for the shut-down, effectively outlawing High Holiday services in the country, were “security” reasons.
Levana Zamir, head of the International Association of Egyptian Jews in Israel, said: “It seems this is really the end of Jewish life in Egypt. The authorities have found a way to take over the last Jewish bastion, since all the remaining synagogues are already archaeological and tourist sites. It is very sad.”
This is yet another example of the fact that Jewish life is becoming extinct in the Muslim world.


O God, who didst bestow upon the soul of Thy servant Gregory the rewards of eternal happiness; mercifully grant, that we who are oppressed by the weight of our sins, may be relieved through his intercession. Amen.

Last, but not least, the Daughter in Rome

Posted by Supertradmum
Here is a link to all the houses. Rome is the newest foundation. And, if you want to see that house, you will have to buy this DVD either from Tyburn in London, or from CTS. 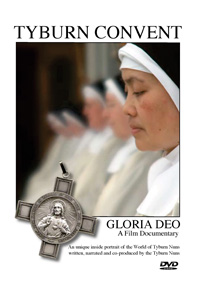 And, Another Daughter House of Tyburn 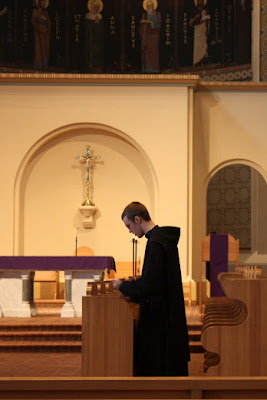 On obedience from the Rule:


The first degree of humility is obedience without delay. This becometh those who, on account of the holy subjection which they have promised, or of the fear of hell, or the glory of life everlasting, hold nothing dearer than Christ. As soon as anything hath been commanded by the Superior they permit no delay in the execution, as if the matter had been commanded by God Himself. Of these the Lord saith: "At the hearing of the ear he hath obeyed Me" (Ps 17[18]:45). And again He saith to the teachers: "He that heareth you heareth Me" (Lk 10:16).
Such as these, therefore, instantly quitting their own work and giving up their own will, with hands disengaged, and leaving unfinished what they were doing, follow up, with the ready step of obedience, the work of command with deeds; and thus, as if in the same moment, both matters -- the master's command and the disciple's finished work -- are, in the swiftness of the fear of God, speedily finished together, whereunto the desire of advancing to eternal life urgeth them. They, therefore, seize upon the narrow way whereof the Lord saith: "Narrow is the way which leadeth to life" (Mt 7:14), so that, not living according to their own desires and pleasures but walking according to the judgment and will of another, they live in monasteries, and desire an Abbot to be over them. Such as these truly live up to the maxim of the Lord in which He saith: "I came not to do My own will, but the will of Him that sent Me" (Jn 6:38).
This obedience, however, will be acceptable to God and agreeable to men then only, if what is commanded is done without hesitation, delay, lukewarmness, grumbling or complaint, because the obedience which is rendered to Superiors is rendered to God. For He Himself hath said: "He that heareth you heareth Me" (Lk 10:16). And it must be rendered by the disciples with a good will, "for the Lord loveth a cheerful giver (2 Cor 9:7). " For if the disciple obeyeth with an ill will, and murmureth, not only with lips but also in his heart, even though he fulfil the command, yet it will not be acceptable to God, who regardeth the heart of the murmurer. And for such an action he acquireth no reward; rather he incurreth the penalty of murmurers, unless he maketh satisfactory amendment.