Posted by Supertradmum
Sad, the House of Lords voted for SSM. A pagan nation...

A warning on the latter stages of spiritual growth

Posted by Supertradmum
The danger of reading too much on the latter stages of union and great holiness, is that people imagine that they are holy than they are. Great evils have happened with those who think they are hearing God or having experiences of God when these are from other, evil spirits.

So many people imagine they are in high states, without the long process of passive purgation.

Here are some warnings from Garrigou-Lagrange:

Well, some of my students found these errors years ago, as I did


When I studied the documents, these errors were obvious. Surprise, surprise, Protestants were invited to be part of the committees.

Oh well. And today is the SSM vote; also, religious people seen by some as crazy

I cannot watch the Queen's Coronation, which is on now. The falsity of the increasing protestantizing of old so-called Catholic positions in the Anglican Church is so sad.

More and more, the Anglican Church has separated itself with Catholic teaching, while moving more and more into radical secular positions.

Years ago, I was the Catholic lay representative to read Scripture at a celebration with the Royal Princess in attendance. There were two ceremonies.

I am not sure I could take part today.

The Internet was down for over 14 hours in Kent and the London area. It is working now, obviously.

A reader sent me this important link.

This is the idea that Soviet Government had towards religious people. Pay attention to this, folks. 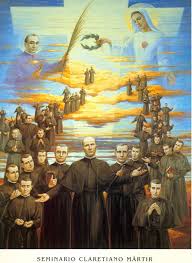