Answering A Question Related to The Dark Night

Posted by Supertradmum
The Dark Night seriously involves the purification of the emotions.

That is one of the main points of the Dark Night. 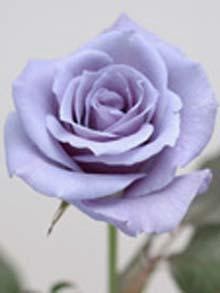 One no longer desires to be religious, or holy.

One no longer "feels" the Presence of God or "feels" like one loves God.

These false feelings must be struck dead.

Feelings belie faith and in the Dark Night, one lives in faith only.

That is the point.

To live by faith and in the will is to really love God.

No desires, no consolations, not a moment of "fun"....

But, if one perseveres in faith, one will encounter God.

The ego has to die.

Why am I not surprised?

The Vatican, however, issued a statement after the meeting saying the president’s discussions with Francis and two other top Vatican officials focused “on questions of particular relevance for the [Catholic] Church in [the United States], such as the exercise of the rights to religious freedom, life and conscientious objection” — issues that have fueled divisions between Mr. Obama and the church.

I blame the parents for ignoring religion

Posted by Supertradmum
Can you guess why a pig day?

On Mis-Information and What To Do

A friend of mine and I had a fascinating discussion last week on the growing use of false information in most, if not all, the main stream media.

Many of us have seen this, including myself, as I taught media control in a college class in 2010. The manipulation of news has been known since the hay-day of yellow journalism, a la Citizen Kane.

Also, I have been involved in newspaper writing in the past, so I know of some of this first-hand. Journalism demands honesty, but too often is taken over by agendas and propagandists.

However, what my friend stressed, was the purposeful feeding of mis-information to even so-called independent news sources, including radio and television.

I have been suspicious of some news and wondered about this second, and even third level, of false news, false reporting, false statistics and so on.

The UN is one of the main sources of falsified information, as the Malthusian philosophy holds sway in that organization. Other big groups, such as "charities" funded by Bill Gates, also take part in mis-information for the sake of population control in the Third World.

In the past year, those of us who are "Vatican Watchers" have seen the continual misuse of information from such sources as La Stampa and L'Osservatore Romano.

Check this out for mis-information. The headline makes me sick. This is manipulation loud and clear.

So, what is a good Catholic to do?

One, be holy and hone one's discernment. See my blogs on this. Here is one link.

Four, be cautious and wise. Pray daily for the gifts of the Holy Spirit to be operative in your life

Five, do not, I repeat, do not watch television. All the news is manipulated on that media.

Six, follow reliable sources by looking at the author's philosophies.

More on this later...

I thought the Air Force was the best branch?


By attacking the rights of homeschoolers, this Administration has succeeded in undermining, for its own future benefit, the legal status of homeschooling. According to this Administration, homeschooling isn’t worth defending in the international context. Indeed, the Administration now is “on record” (and victorious, thanks to a short-sighted Supreme Court) claiming that governments have the right to use compulsive public schooling as a tool of “socialization” in the ways of secular society. It seems, then, that whenever the foes of homeschooling decide they have the time and support to move against it, they will have precedent on their side.
Homeschoolers and their organizations were understandably up in arms when the Supreme Court refused to hear the Romeikes’ appeal of the decision revoking their asylum. Some even threatened legislative and other public action. We should be thankful for the Romeikes’ sake that such action was not necessary. But the decision to hold off deporting them seems much more a declaration of victory on the part of the Obama Administration than any meaningful compromise.
More on link...

and what about other animals?

The Lord Is Nigh to Those Who Call upon Him

Posted by Supertradmum
Part Two from Garrigou-Lagrange on prayer....http://www.christianperfection.info/tta45.php


THE PARTICULAR PETITIONS WE SHOULD MAKE
We have just seen the nature of the first principle of the efficacy of prayer. We shall now consider the end to which it is ordained by God, what it can obtain for us.
The end to which Providence has ordained prayer as a means, is the obtaining of the gifts of God necessary to sanctification and salvation; for prayer is a cause which has its place in the life of souls, as heat and electricity have their place in the physical order. Now the end of the life of the soul is eternal life, and the goods which direct us to it are of two kinds: spiritual goods, which lead us to it directly; and temporal goods, which can be indirectly useful to salvation in the measure in which they are subordinated to the first.
Spiritual goods are habitual and actual grace, the virtues, the seven gifts of the Holy Ghost, and merits, the fruits of the virtues and of the gifts. According to what we have just said, humble, trusting, persevering prayer is all-powerful to obtain for the sinner the grace of conversion and for the just man actual grace that he may persevere in the performance of his duties. Prayer, made under the same conditions, is all-powerful to obtain for us also a more lively faith, a firmer hope, a more ardent charity, a greater fidelity to our vocation. The first petition we should make, as the Our Father points out, is that the name of God may be sanctified, glorified by a radiating faith; that His kingdom may come is the object of hope; that His will may be done, fulfilled with love, by an ever purer and stronger charity.
Moreover, prayer can obtain our daily bread for us in the measure in which it is necessary or useful for salvation, the supersubstantial bread of the Eucharist and the suitable dispositions to receive it well. Besides, prayer obtains for us the pardon of our sins and disposes us to pardon our neighbor; it preserves us from temptation or gives us the strength to triumph over it.
To accomplish all this, prayer must have the indicated conditions: it must be sincere, humble (it is a poor man who is asking), trusting in the infinite goodness, which it must not doubt, persevering, in order to be the expression of a profound desire of our hearts. Such was the prayer of the woman of Canaan, whom the Gospel mentions and to whom Christ said: "O woman, great is thy faith. Be it done to thee as thou wilt." (19)

Even if the Lord leaves us contending with great difficulties from which we have prayed Him to deliver us, we must not believe that we are not heard. The simple fact that we continue to pray shows that God is helping us, for without a new actual grace we would not continue to pray. He leaves us to battle with these difficulties in order to inure us to warfare. He wishes to show us that the struggle is profitable for us and that, as He said to St. Paul in similar circumstances, the grace granted us suffices to continue a struggle in which the very strength of the Lord, which is the source of ours, is more clearly shown: "My grace is sufficient for thee: for power is made perfect in infirmity." (20) We see this especially in the passive purifications of the senses and the spirit, which are at times a spiritual tempest, in which we must continually ask for efficacious grace, which alone can prevent us from weakening.
In regard to temporal goods, prayer can obtain for us all those which should, in one way or another, assist us in our journey toward eternity: our daily bread, health, strength, the success of our enterprises. Prayer can obtain everything, on condition that over and above all else we ask God for greater love of Him: "Seek ye therefore first the kingdom of God and His justice, and all these things shall be added unto you." (21) If we do not obtain these temporal goods, it is because they are not useful to our salvation; if our prayer is well made, we obtain a more precious grace in place of them.
"The Lord is nigh unto all them that call upon Him." (22) And the prayer of petition, if it is truly a lifting up of the soul to God, prepares the soul for a more intimate prayer of adoration, reparation, and thanksgiving, and for the prayer of union.

As the seed cause growth, so prayer causes the Mercy of God to open towards us

One of two long quotations from Garrigou-Lagrange on prayer......
http://www.christianperfection.info/tta45.php

Almost From My Window 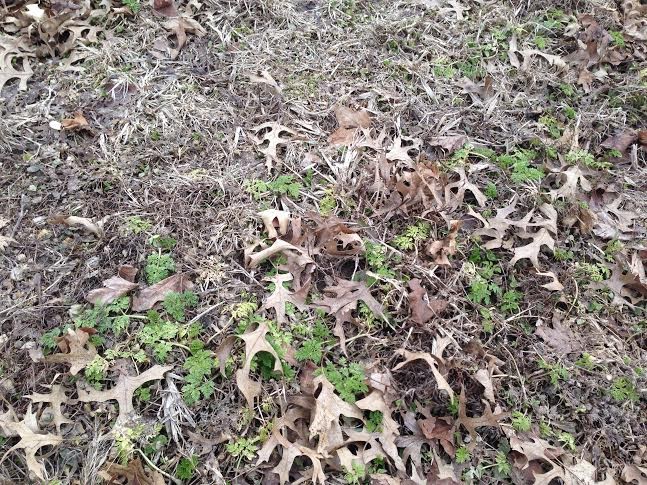 Castor and Pollux are still obvious in the night sky here.

Interesting to me is that SS. Castor and Dorotheus have their feast day today. They were martyrs from St. Paul's home, Tarsus.

Nothing is known of them. But, the twins in the heavens remind me of these stars of Heaven.

Repeats on Marriage and Chaos

Email ThisBlogThis!Share to TwitterShare to FacebookShare to Pinterest
Labels: ssm