On choosing mortification on the road to perfection 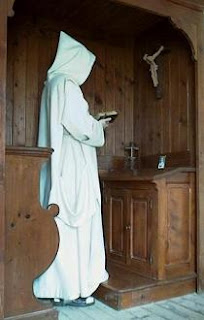 Although spiritual directors are slim on the ground, one should try and ask a priest for advice on mortifications.

Two months ago, in Ireland, I did just that. The answer was interesting.

The holy priest said he did not suggest standing in cold water or extreme fasting. He said for me my life was a penance.

And so it is for many of us.

For those who live alone, loneliness and isolation, as well as the deprivation of love are part of a huge mortification.

For those who lack status in society and are even looked down upon daily and judged, such things are mortifying.

For the ill, whose activities are limited by pain and inconveniences, mortifications happen daily and the illness itself is mortifying. 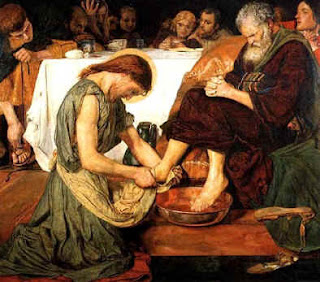 That is the point of such sufferings. If God brings these, rejoice, as you do not have to come up with other mortifications.

That was the priest's point.

For those who have no mortifying circumstances, such sufferings must be sought out.

No pain, no gain.

One of the saddest persons I met years ago, although she did not know she was a sad case, was a woman of moderate wealth, who bragged that God gave her money to decorate her house over and over in order to glorify Him.

I wondered who exactly was her god.

I found it odd that her extravagance was couched in the language of suffering. There was no suffering in her shopping for the best and the latest and the most for her large house. None.

She said it glorified God to have all those those things. 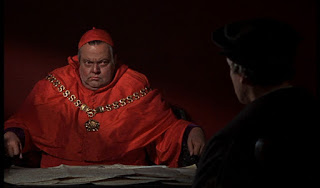 I was amazed. She chose to live in self-deceit.

She was stuck in the fear of suffering. As long as we fear suffering, we cannot advance.

So much better if God permits mortifications. I have a list, which I published last year. Paul had a list. Some have a life of the Cross. They are blessed.

Good. I do not have to run after false crosses, but only accept those which are given to me.

Do not make an own goal. 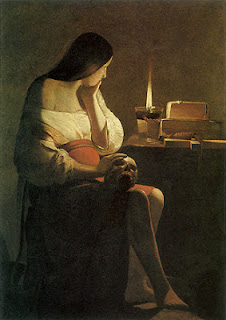 Allow Christ to share the Cross He do desires. And, if you have little or no suffering, you must choose something hard, not easy, but hard.

A must read: from New American--here a snippet, but read the entire excellent article.

The American Founding Fathers, on the other hand, recognized that the armed private citizen is the ultimate check and balance against the centralized monopoly of force which invariably turns tyrannical and deadly. Nagin and People’s World, not surprisingly, side with communist tyrants and deride American commitment to our natural rights enshrined in our Constitution.
“The Second Amendment is obsolete and now has been twisted to threaten the basic safety and security of all Americans,” says Nagin. Nagin, according to the profile provided on Keywiki by Trevor Loudon, has been a member of the CPUSA for several decades and a writer for the People’s World and other communist publications since 1970. He is a member of the Newspaper Guild and the Communications Workers of America as well as a political coordinator for the AFL-CIO in Ohio. In 2012 he was the Democratic Leader in Cleveland Ward 14 and served on the County Democratic Party Executive Committee.
We recognize the totalitarian ideology and objectives of Nagin and other communist propagandists when they advocate disarming of civilians and a total monopoly of force in government. Many of the other people advocating the same gun control policies may not have those totalitarian objectives in mind — but by their support of these policies they would lead us down the same deadly path nonetheless.

Ah, the Socialist Republic of Illinois has credit rating downgraded--duh

Posted by Supertradmum
Hillary's glasses get national attention for days and 500,000 people on a March for Life gets barely a nod.

Birds in a cold climate 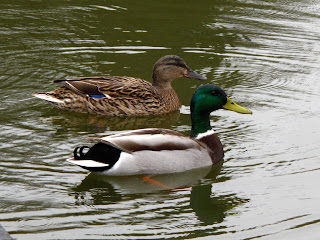 Right now, it is raining.

Saw the ducks on earlier in the week.

Saw these this weekend!

I love the birds in Britain. They were singing on Saturday.

Now, Sunday morning, these must be hiding from the rain and wind.

Are there are readers out there who want to pass on two series of the Great Books, (Adler) to two other families?

Please let me know. Thanks. 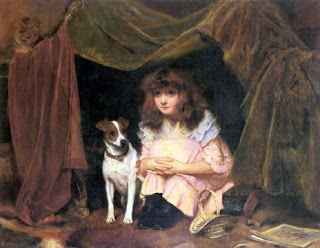 Most of us live relatively unknown lives of ordinariness wherein we work out our salvation in prayers and cooperation with the Holy Spirit of God.

That we are unknown is a great blessing. To be unknown means one has great freedom.

Can your imagine being a celebrity and having to have body guards and agents and secretaries and dog-sitters?

I mean, the famous cannot move around easily in their own home towns.

We unknowns have a great freedom.

There are many, many saints who are unknown-the majority of people who are in heaven are unknown.

This is part of the mystery of the Incarnation.

Christ came almost in disguise. He came to a lowly couple, a young woman and  man of the decrepit
House of David. He entered the world at midnight, in a small, insignificant shelter. He became a carpenter.

Here is Christ in Matthew 11 on St. John the Baptist.


who will prepare the way for you.’ Malachi 3:1 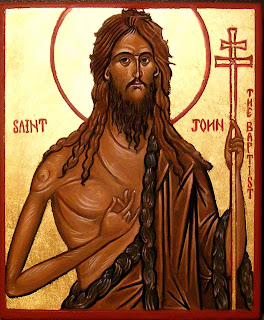 The unknown saints have the advantage of being protected from evil and the evil one particularly does not notice insignificance. He missed Christ.

So, too, we are protected in our littleness and obscurity. For those of you who are known, I pray for your protection. From my hiding place, I can see and pray and not desire ever to be known, except by Christ Alone, the Bridegroom.

You are my hiding place; you shall preserve me from trouble; you shall surround me about with songs of deliverance. Psalm 32:7