Here it is, folks--euro death

Just a reminder, it has only been a little over 20 years since the signing of the Maastricht Treaty, which led to the creation of the euro. Not a long time in history, (extremely short), and proves the entire project was not well-thought out. Understatement.

Why can't the Irish be honest about themselves and stop the blame game? 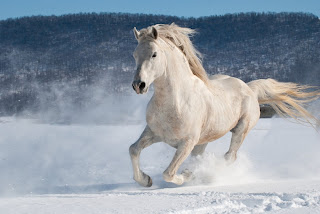 I must be bold, but I disagree with Mary Kenny in The Catholic Herald last week on her take of Rome and the Eucharistic Congress. Why the Irish feel that the problems in the Church should affect their Faith is beyond me. A good priest said years ago that if people blame their falling away from the Church on the sexual abuse cases, they had other reasons for going, such as using contraceptives or irregular marriages. Those who have been following my blog know my personal feelings on this from family members who were abused-one does not lose the Faith because of trauma or sin.

Mary Kenny in her article seems sadly out-of-touch with her own people. When I was in Ireland a few months ago, it was clear to me that the populace was contracepting. I hardly saw any babies. I met couples in cohabitation without marriage, and even in upper middle-class areas, where I visited friends, addictions abounded. Worst of all, the great evil of unforgiveness shrouded the consciousness of even the best of Catholics, (see my posts from January and February).

Kenny and the Irish do not need to place any blame on Rome for the lack of faith. I think the Irish are like my compatriots in Wisconsin-they walk around with a chip on their shoulder, daring someone to knock it off in order to start a row. Sorry, but it is time to grow up. The individual lay person is responsible for his or her faith, period. A child becomes a man or a woman when that person accepts responsibility for life and grace.

The Vatican has been unresponsive because the Irish government would not cooperate with safety procedures needed for a Papal visit. Money was supposed to be the issue, but like spoiled teens, the Irish in government were making a point--we do not need to be seen as Catholic anymore. If only 34% of the Irish are even Sunday Catholics, why should the other 60% plus get excited about the Eucharistic Congress. Indeed, false ecumenism is part of the week, which turned off many good, orthodox Catholics. Also, the Irish only have themselves to blame for a lack of welcome to the entire Church outside of Ireland. Who wants to go to a Mass where afterwards the people go on and on about the past? Our God is a God of the living, not the dead.

I have to get Mr. Thompson's new book, The Fix, which is on addiction in our culture. His last article, June 8th, in The Catholic Herald, mirrors the concerns of the posting below. Thompson refers to the Pope's awareness and addressing of the "destructive and divisive" temptations to addictions of all kinds.

Sexual addictions of all sorts have ruined family life. The most common cause of divorce now in the United States is addiction to pornography, a statistic from 2011. Thompson's article is on all addictions, but he also notes the great evil of pornography.

One item which I did not see in Thompson's article, but glean from statements from the Pope is that the cult of individualism leads to personal addiction, such as those of sex, computer games and drugs, as an isolated individual needs some type of interaction and gets it online or in forums. When I was in Malta last year, I discovered, by accident, an entire network of online homosexual porn, which apparently is legal. One of my Catholic friends was shocked when I explained to her that I found this just by googling and she tried to deny that Malta would allow this. Hmmm. Head in the sand syndrome does not help people with addictions. Souls are lost while the vast majority of Catholics in the pew either tolerate the evil of addictions, or pretend these are not in their families and places of work.

Another American statistic is that 60% of the populace has an addictive personality. How did this happen to a nation once of extroverts and pioneer energies? Catholicism needs to address addictions and it needs to start in the home. However, the gene pool may have something to do with this statistic, as new brain scans reveal that the addictive brain looks different than the healthy, normal brain. What comes first, the habits of addiction or the brain's proclivity to addiction, has not been proven. Siblings seem to show brain addictive tendencies, which is interesting. Are we marrying people who have addictions for some reason? Maybe the contraception culture has something to do with this trend.


Sadly, I know parents who are so tolerant that they allow their children to be involved in addictive behavior. I would not want to be one of those parents in front of God at the particular judgment.

I mourn the loss of real childhood. I have Montessori training and had a Montessori school and know the importance of the stages of childhood uninterrupted by adult concerns. Movies, music, books, toys, and television push children into sexualized thoughts and actions early. The modern child has lost her childhood. The clothes sold for girls for years here and in the States is one aspect of this sexualization of young girls, as well as the push for make-up on young girls and bad role models, such as movie stars. Children are more susceptible to images than adults. I share this excellent article from one of my favorite websites. One of the big problems is that adults, even moms, miss the signs of this push to making their girls into sex objects. (And, I realize the kitty is male, so no comments on girl-boy confusion, please. Same idea-a child needs to be a child.)

BRUSSELS, June 11, 2012 (LifeSiteNews.com) – The sexualisation of children is “nothing more than imposing the sexuality of adults on young children, teenagers and especially girls when they are not ready for it emotionally, mentally or physically,” MEP Joanna Skrzydlewska said at a meeting at the European Parliament last week.
Skrzydlewska, the European Parliament’s rapporteur on the equalization of girls and a member of the Member of the Women’s Rights and Gender Equality Committee, organized the meeting to discuss the problem of childhood sexualisation at the European level with researchers, representatives from production and advertising companies, parents’ groups, MEPs and government representatives.
“In today’s culture, which also addresses children, eroticised images and sexually suggestive content are omnipresent. This affects the development of children and young people, and affects the perception of sexual behaviour in our societies,” said Skrzdlewska. This sexualisation, she said, is “also the case when the value of a person is measured by their physical attractiveness, which leads to the objectification of the individual.”
She distinguished between “sexualisation” and the normal development of healthy biological processes and self-image, saying the former is distinguished inasmuch as it “leads to imposing adult sexual behaviours on children.”
“We should ask ourselves if the direct results of sexualisation, such as the increase of child sexual abuse, the intensification of the phenomenon of child pornography or the increase of sexual violence against women and girls, are the price we want to pay in relation to the commercialisation of life and human relations,”  Skrzydlewska added.
Agata Byczewska, a media spokesman for the group at the European Parliament, said, “Modern societies are neglecting the problem. Adult standards for looks and behaviour targeted at girls are manifest in numerous fields, especially advertising campaigns and TV shows.”
The sexualisation of children, mainly through age-inappropriate imagery in advertising and the instant availability of hard-core pornography on the internet, has come to the attention of British government officials after years of debates in the newspapers. The papers have highlighted the sale of such items as high-heeled shoes for infants and toddlers, “Bratz” dolls dressed in miniskirts, high heels and fishnet stockings, padded bikini tops for seven year-olds, and sports clothes for little girls with provocative “sexy” words and phrases.
Some critics have said that the sexualising of young girls is merely a natural extension of the hyper-sexualisation of the entire culture. While their mothers are enrolling at the local gym in pole-dancing classes, even very young girls are wearing scaled-down versions of brassieres and lingerie modelled on Victoria’s Secret fashions, usually bought for them by mothers seeking to “bond” with their children. The EU group pointed to the recent publication of a fashion spread in Vogue magazine that featured a 10-year-old girl in provocative clothing, make-up and poses that garnered criticism around the world.
Since at least 2006, studies have been conducted around the western world, including the 2007 Australian Senate Report, the 2007 American Psychological Association Report, the Home Office Report in 2010 and the 2011 Bailey Review in the U, which have uniformly found that children are being pushed into adult sexuality at earlier ages through the use of media imagery and products directly marketed to children. The report by the American Psychological Association said highly sexualised marketing to young girls plays upon children’s desire for affection and the need to conform. It can lead to a host of life-long problems, including eating disorders, low self-esteem and depression.

Why does this debris map remind me of the Post-Conciliar Church?

A little bit on the CDF 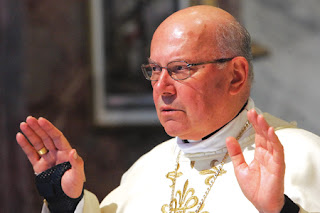 Just thought I would remind my fellow Catholics of what the CDF actually is and what it does. The Congregation for the Doctrine of the Faith used to be the Inquisition. Yes, it was. It is the oldest of nine congregations in the Roman Curia and is in charge of doctrine, as the name notes. It was established in order to protect the Faith,  and was established on  July 21, 1542 by Pope Paul III in an Apostolic Constitution, Licet ab initio. Note the date and the Pope at the time.The now CDF was an important tool in the spread of the Counter-Reformation. The CDF was re-established and re-affirmed by Blessed John Paul II with another Apostolic Constitution, Pastor Bonus,  June 28, 1988 and it was stated therein that  "The proper duty of the Congregation for the Doctrine of the Faith is to promote and safeguard the doctrine on faith and morals in the whole Catholic world; so it has competence in things that touch this matter in any way." The Cardinal Prefect is Cardinal William Levada. There are about 86 people including priests, bishops, archbishops, and cardinals in the CDF. I am glad they are there! It looks like in this photo that the Cardinal has carpel tunnel. I hope not from examining so many documents or heresies. Some of the documents in recent times from this Congregation include, from a longer list on wiki: