Posted by Supertradmum
Well, from my window, I can see the eclipse. But, the clouds keep covering the moon. It is a dark red. I do not know when I shall see a blood moon next. The four year "blood moon" time is almost over. Next year is the last year for such a long series of eclipses.

I hope where you are right now proves to be less cloudy. At least I saw part of this eclipse. Tonight is also the peak for the seasonal meteor shower in Draco. 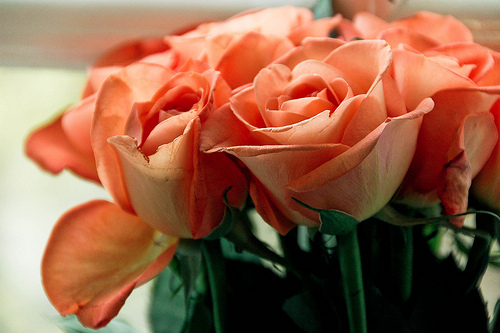 I am taking a day or two off of blogging in order to retreat.

I must say that I am so grateful to all my readers. You keep me going...

Remember to make a cell in your mind in order to find and listen to God. 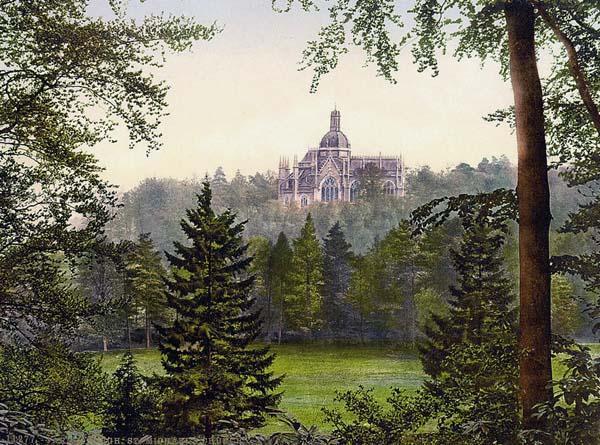 Hello to Readers from France!

Hello Readers from the Isle of Man

Posted by Supertradmum
I wonder if my old friend from London is there?

Yet another re-post because of the Supreme Court

And, read this for your edification again.....
http://supertradmum-etheldredasplace.blogspot.com/2013/12/clarity-of-mind-when-things-fall-apart.html

Another Repost Because of The Supreme Court

A Time-Machine Back to 1581: the Death of an Enlightenment Democratic Monarchy


In this day and age of relativism, camps of opinion arise like midges on a hike in Alaska.
One brushes away one set of  "arguments", only to find dozens flying into one's face.
The media frenzy over the events of the past three weeks is not going to subside. On the contrary,
we Catholics are entering into a new era of Church-bashing which will not go away.

I watched two days of the Parliament hearings of witnesses regarding the civil union or rather
same-sex-marriage act. I usually do not watch television, but I was visiting a friend who wanted
to watch this swarm of opinions based on sola fide, sola scriptura; each man and woman on the
panel proved to be his or her own pope.

The Church of England witnesses, as they were called, had eloquent and keen questions and answers.
So did Archbishop Peter Smith and his legal team. I was impressed by the firm and clear positions given
by these two groups.

What did astound me was the out and out rudeness of some of the questioners, all of them MPs,
not to be named here. One can look at my blog for names. I merely want to point out the lack of
respect towards those representatives of organized religion. At several places in the presentation of
answers by Archbishop Peter Smith, some members laughed out loud in derision for the Catholic
position on marriage, pre-marital sex, and our anti-contraception, anti-abortion positions.

What came to my mind was that I could have been in a time-machine, taken back to the interrogations of
Edmund Campion, Ralph Sherwin, or Robert Southwell et al.

The entire meeting of this Parliament panel on both days was a sham. The smug hypocritical statements of
the members of Parliament shone out like words of old transcripts in a history of Recusant trials.

Parliament in 2013 mirrors Parliament in 1581, or 1585 or 1681, this last the year of the martyrdom of
St. Oliver Plunkett. I have seen his head in St. Peter's Church, Drogheda. His face is peaceful, but reveals pain.

We honour martyrs in the Catholic Church almost daily. We of this Guild honour Titus Brandsma,
who was martyred and is a Blessed. But, do we really want martyrs in 2013? Do we feel uncomfortable
watching Peter Smith being derided? Do we want our leaders to stand firm on the ancient teachings of the
One, Holy, Catholic and Apostolic Church?

I hope we feel proud and strengthened by the witness of Truth.

I hope we stand with our leaders.

I hope we can see clearly that the actions of Parliament will lead to the type of society created under
Henry VIII and Elizabeth I, where those who kept the Faith were fined, suffered financial loss, ruin,
disgrace, if not martyrdom. Catholics will not be able to be registrars or superintendents of registrars.
Catholics may not be able to be teachers in some schools. The Catholic priests may be in a position
of disobedience to certain laws after judicial decisions.

Parliament acts just as it has since the Protestant Revolt. Parliament was given powers over the private
consciences of the people of Britain and it will take those powers and use those again and again and again.
Five hundred years of practice makes this pattern of oppression all too easy. There are precedences.

I hope those who belong to the Guild of the martyr Titus Brandsma know how to stand firm in the storms
that will blow across Great Britain. We have an excellent example. Brandsma upheld the bishops' decisions
and the clarity of teaching that Catholicism and Nazism clashed. Catholicism will always clash with falsehood.

Thoughts for The Day

"Why, this Satan's drink is so delicious," he reputedly exclaimed, "that it would be a pity to let the infidels have exclusive use of it. We shall fool Satan by baptizing it and making it a truly Christian beverage."

Coffee and coffeehouses took London by storm. By 1700 there were more than two thousand London coffeehouses, occupying more premises and paying more rent than any other trade. They came to be known as penny universities, because for that price one could purchase a cup of coffee and sit for hours listening to extraordinary conversations—or as a 1657 newspaper advertisement put it "PUBLICK INTERCOURSE." Each coffeehouse specialized in a different type of clientele. In one, physicians could be consulted. Others served Protestants, Puritans, Catholics, Jews, literati, merchants, traders, fops, Whigs, Tories, army officers, actors, lawyers, clergy, or wits. The coffeehouses provided England's first egalitarian meeting place, where a man was expected to chat with his tablemates whether he knew them or not.
Edward Lloyd's establishment catered primarily to seafarers and merchants, and he regularly prepared "ships' lists" for underwriters who met there to offer insurance. Thus began Lloyd's of London, the famous insurance company. Other coffeehouses spawned the Stock Exchange, the Bankers' Clearing-house, and newspapers such as The Tattler and The Spectator.

both from the book Uncommon Grounds by Mark Pendergrast.

Email ThisBlogThis!Share to TwitterShare to FacebookShare to Pinterest
Labels: fun and games

A very holy priest wrote to me yesterday with a simple reminder I can share with all.

If something or someone brings us closer to God and helps us to grow spiritually in perfection, then we can pursue that thing, or be friends with that someone.

If someone does not help up grow spiritually and if something draws us away from perfection, we need to avoid such a thing, such a person.

Also, one must always be on guard against the wiles of the devil. Something, or some person which may seem good and true may not be so.

When in doubt, go to Mary.

Who Are You Following?

Some people miss Christ in the midst of life. Pilate missed coming over to The Truth. Either he was not listening carefully, or his darkness of mind kept him from seeing God, Who was stood before him in The Flesh.

Why is it that some people have missed all the signs from the 1970s up to the present day regarding God's punishment and justice coming upon the earth?

Why do people lack discernment?

One of the most common sins which interferes with discernment, part of the gift of knowledge we receive in Confirmation is attachment to things or people. The need for human approval or the attachment to status and wealth prove to be high barriers in the spiritual life.

One cannot see over these walls of attachment without repentance.

Another sin is that of heresy. Some Catholics who believe in Liberation Theology, or a false seer, who contracept or are in irregular marriages lack discernment because they refuse to repent.

But, the most common sin which stops people and stopped the Hebrews listening to their prophets is the sin of idolatry.

False gods may be anything, but in America, it is the false pride of Americanism. Too many people see America as the best, when in reality, the entire nation should be fasting and praying to stop the great retribution of God's justice.

One cannot ignore the prophets any longer. It is time now to allow God to make one perfect. Now.

The symbolism of the lit lamps in the parable of the Five Wise and Five Foolish Bridesmaids points to the light of discernment-the readiness of those wise ones who brought enough oil.

Oil in the Old Testament means grace, anointing, being chosen.

The chosen ones paid attention, came prepared to meet the Bridegroom.

The others were left out in the dark, literally.

Only the perfect see God.