Catholics, Pray for the French Elections 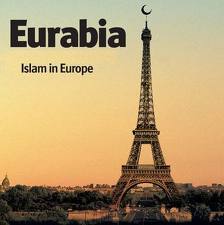 Pray for France today and tomorrow. I am very concerned. Read this, please. These are dangerous and crucial times. There is a strange coalition of socialists and Islamists, who want to forever change the culture and Catholic heritage of France. 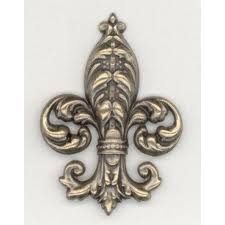 I want France to remain free and return to its Catholic roots. The eldest daughter of the Church may disappear, may be kidnapped, as so many Catholics cannot think in terms of Catholic political realities. Pray to Our Lady, please.

Posted by Supertradmum
Even though we are not close to the Feast of the Beheading of St. John the Baptist, or the Birth of St. John, both unusually feasts, pointing to the importance of this saint, I want to invoke his intercession for all priests today. The role of the prophet in our society is a complex one, with such men as Michael Voris, Father Pavone, and even Rick Santorum, showing us the way of a prophetic vision for the nation. Prophets are, of course, not liked by most people, who are in error, as they have to face their sins. Some priests are called to be prophets, and perhaps, now, all are in some way. Even saying the rosary outside an abortion clinic is a prophetic role. Writing a blog for a priest can be a prophetic action. Living the celibate life is prophecy-the sign of contradiction in the world.

St. John the Baptist provides us with several qualities of the perfect prophet. One, he loves God and God's Law above all else; two, he speaks the Truth without compromise; three, he show passion or zeal for and in his message; four, he lives a simple, austere life, fasting and praying; five, he calls all to repentance and shows them the way to purity of heart and body. But, lastly, he is, in his person, a prophetic word preparing the world for the Word of God.

In Europe, there are few prophets in the media or even in the local churches. Years of both secularism and persecution have resulted in a quieter, perhaps fearful, approach to issues, such as abortion. Very few priests, for example, pray outside clinics, and very few speak of pro-life issues from the pulpit. With regard to civil marriages, this is changing, however, at least in Britain, where the Catholic clergy is taking a lead in the defense of marriage. Looking at history, one does see some prophetic saints, and the martyrs, in the line of St. John, lived and died prophets. 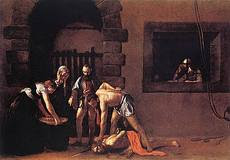 The great cathedral in Valletta, Malta is dedicated to St. John the Baptist. That cathedral is most likely the most beautiful church in the world. The great painting of Caravaggio, The Beheading of St. John, patron of the Knights of Malta, is one of the world's greatest paintings. Let us pray to St. John for our priests, bishops, cardinals, and the Pope himself.

This is an old prayer to St. John the Baptist, especially today for monks, as he is one of the patrons of monastic life.

O God, You raised up St. John the Baptist to prepare a perfect people for Christ.  Fill Your people with the joy of possessing His grace, and direct the minds of all the faithful in the way of peace and salvation.
Grant that as St. John was martyred for truth and justice, so we may energetically profess our Faith in You, and lead others to the Way, the Truth, and Eternal Life.
Amen.