The threat to the Internet and freedom of speech is real. Here is an article from the Guardian online. The link is obviously above.


The principles of openness and universal access that underpinned the creation of the internet three decades ago are under greater threat than ever, according to Google co-founder Sergey Brin.

In an interview with the Guardian, Brin warned there were "very powerful forces that have lined up against the open internet on all sides and around the world". "I am more worried than I have been in the past," he said. "It's scary."
The threat to the freedom of the internet comes, he claims, from a combination of governments increasingly trying to control access and communication by their citizens, the entertainment industry's attempts to crack down on piracy, and the rise of "restrictive" walled gardens such as Facebook and Apple, which tightly control what software can be released on their platforms.

The Enemy is Within the Church...I quote the current Pope on this point, and one only needs to look at seminaries 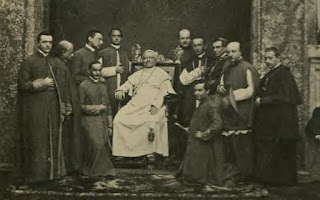 The very first entry in the three volume set of Gramsci's Notebooks is a reference by him to the social encyclicals regarding socialism and Modernism. Obviously, Gramsci had read these, including The Syllabus of Errors, Quanta Cura, and the writings of Pope Leo XIII. The editor of the Notebooks states that Gramsci had copies of the first two and a commentary on the third.  Gramsci wrote in 1929, that the popes taught social theory that, "1)...private property, especially 'landed property' is a 'natural right' which may not be violated, not even through high taxes (the programs of 'Christian democracy" tendency for the redistribution-with indemnity-of land to poor peasants, as well as their financial doctrines are derived from these assertions); 2) the poor must accept their lot, since it would be impious to eliminate them; 3) alms-giving is a Christian duty and implies the existence of poverty; 4) the social question is primarily moral and religious, not economic, and it must be resolved through Christian charity, the dictates of morality, and the decree of religion."  The note on this entry is worth reading as well.

My question is this. If a Marxist in prison could read all of the seminal documents, quoted on this blog almost weekly, when can't seminarians study these? I know they do not in many American seminaries, and most likely, in some European ones. I know one temporary deacon  and one seminarian, from two seminaries, in the Midwest, who have only had to read Rerum Novarum, and none of the Modernists or other encyclicals in six years of study. They do not understand Catholic teaching on socialism and the nature of the individual with regard to economic theories. They are, for all practical purposes, socialists, or at best, ignorant.

The reason for this horrible oversight in education is a twofold problem: one, many of the professors are communists or at least, socialists, and; two, many are Modernist heretics. Sorry, this is true.

The litmus test for such things is not been applied at all seminaries. Blessed John Paul II's Apostolic Letter Motu Proprio Ad Tuendam Fidem; with the Profession of Faith and Oath of Fidelity has been systematically ignored by some seminary administrations. This disobedient mode of working and hiring of instructors continues, to the detriment of the Church. Ignorance is exactly the fertile ground for the Marxist agenda. As the Pope said last winter, the "enemy is within" the Church.


The fact that the Cardinals and bishops in discussion with the media and powers that be in the States do not have a strong background in Catholic political thought does not help the present arguments on religious liberty. One only has to listen to the vocabulary of some church leaders to hear a lack of sophistication absolutely needed at the time. 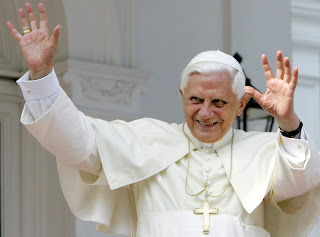