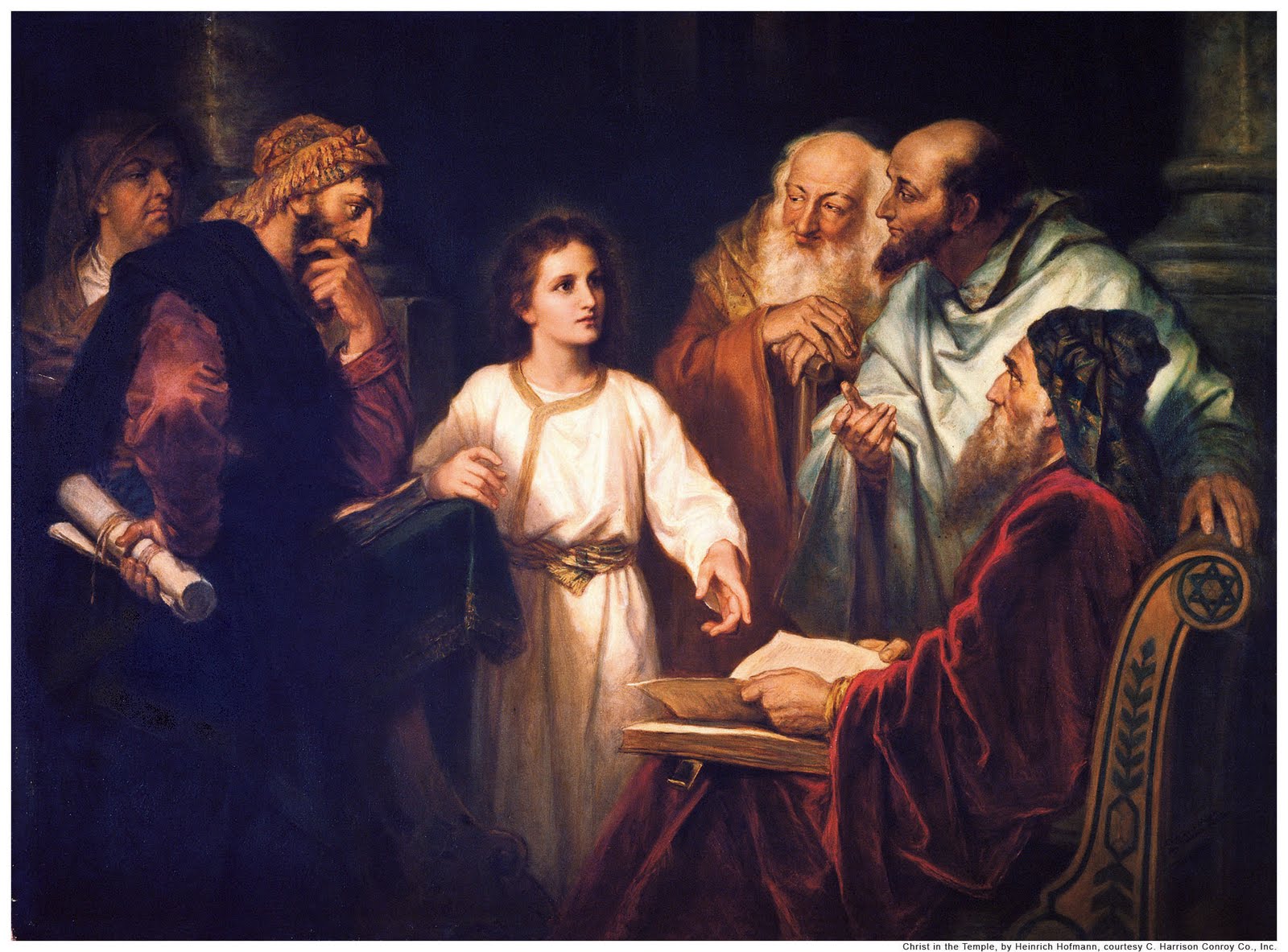 A very smart person told me that St. Luke's emphasis of Christ reaching out to the Gentiles, women, and the outcasts, such as the shepherds in the fields, reminded him of the Mary and Joseph finding Jesus in the Temple.

But, in what court did they find him? This vsp indicated that Christ could have been in the Court of the Gentiles, as Mary was allowed to find him, and she would not have been allowed in the normal court of the Jewish teachers, which was reserved for men only.

Of course, Mary could have, as a distraught mum, "gate-crashed", as I pointed out.

The vsp noted that Christ could have been teaching in the Court of the Women.

Interesting idea, as Mary would have been accepted there, and, as this vsp noted, nowhere does Luke indicate that any men asked Jesus where his parents were, as they would not necessarily do either in the Court of the Gentiles or the Court of the Women.

If Christ was found in either, this would be another poignant passage where God is showing that His Son was being sent to the outcasts, those who were not the "in-crowd", the Sadducees, Pharisees, and scribes.

This is an interesting theory. As I noted earlier on this blog, I believe that the shepherds were outcasts and the fact that the angels came to them was God showing that His plan for salvation went beyond the call of the People of the Promise, the Jews.

The teachers could have been teaching anywhere, but Mary would not have been allowed anywhere.

The finding of the Child Christ in the temple has always intrigued me and is an important event in Scripture, as it proves absolutely without a doubt that Christ always knew He was God, which is the teaching of the Catholic Church.

None of this modernist heresy, that Christ did not know He was God until His, baptism stuff...nope.

From the moment of His Conception, the Incarnate One was aware of Who He Is.

And, He was reminding His Mother in this event in the Temple.

Mothers need to be reminded of the work of their children, which is not their work, but God's.

I now wonder in what court Jesus was found....I wonder if Luke, a Gentile, was telling us that Christ had come for all men...and women.

A most difficult year coming to an end...

Posted by Supertradmum
We all have what we can call the annus horribilis, the worst year, or one of the worst years of our lives.

Perhaps it was the year one lost a spouse to an unwanted divorce or to death,

Perhaps it was the year one lost a child to death. 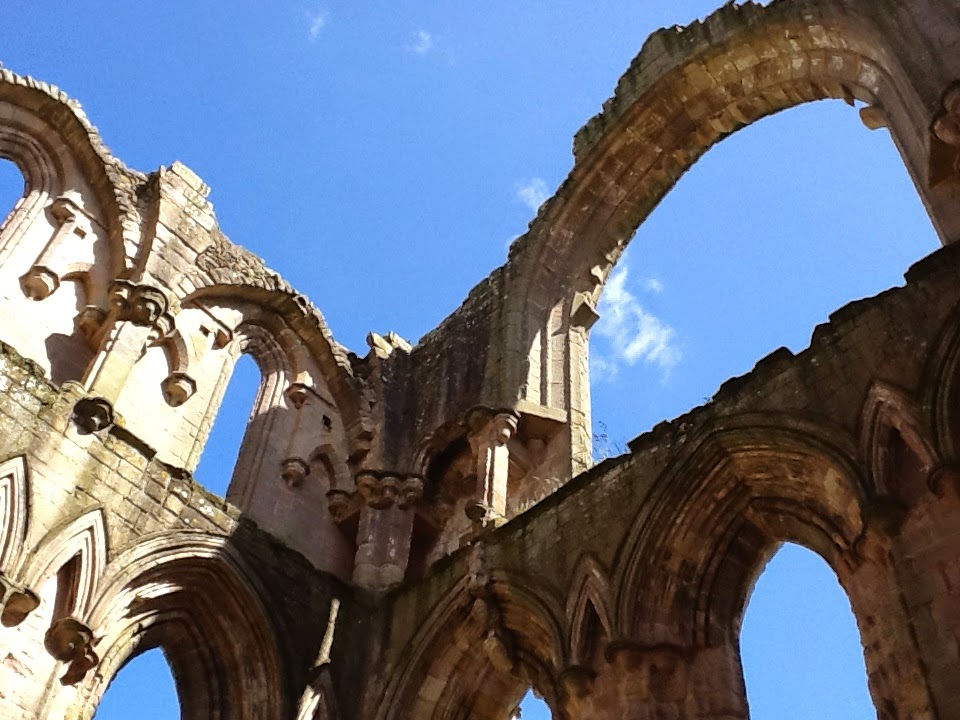 Perhaps it was a year when one lost a job, a home, status.

Perhaps it was a year one had cancer and operations.

This past year has been one of the most difficult in my life as I did not see my son for fifteen months until this past short holiday. Not seeing one's child for any length of time, not knowing when one will see that child again, not being able to share birthdays, or special days must be one of the worst sufferings a mum can experience. One just carries suffering around in one's soul, quietly, until it carves out a place for God to come and stay. But, consolations do not necessarily come with God's Presence.

One gives one's children to God and then lets God take them wherever and whenever He chooses. We raise our children to be virtuous and mature adults and let them go do what God created them to do. 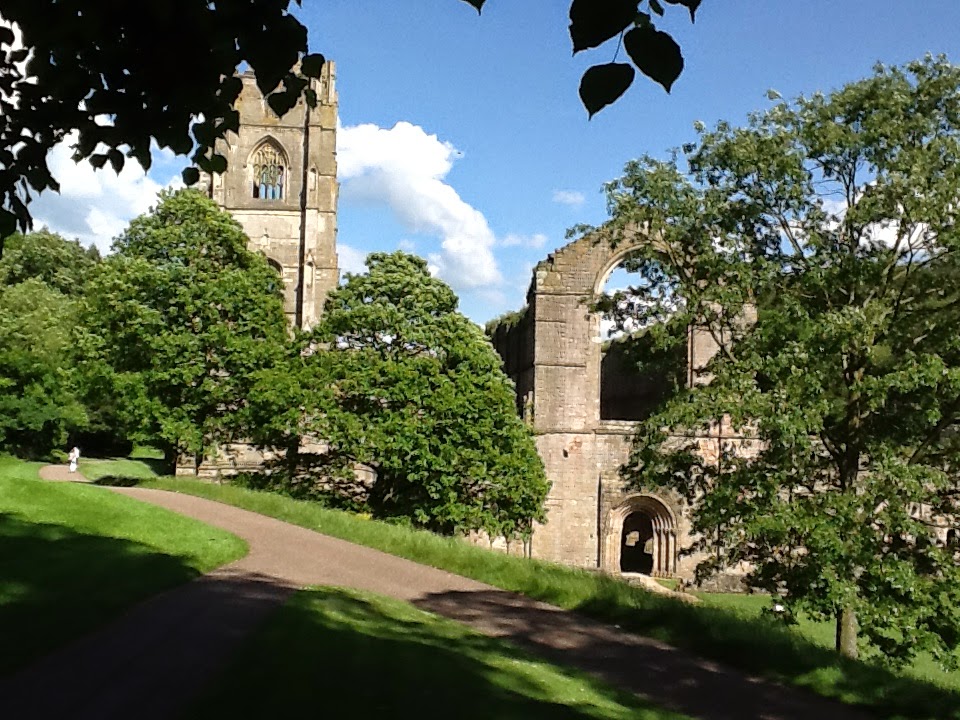 My son belongs to God, Mary and the Church, not me. But, I wish I could live in the same country as he does. Please continue to pray for that miracle, and that I do not lose confidence that God wants me in Auld Blighty. One walks in darkness while faith, hope and charity bring one to the fullness of God's plan.

Email ThisBlogThis!Share to TwitterShare to FacebookShare to Pinterest
Labels: English

Dear Readers, please pray for me as for the past week I have been suffering with increased painful tendinitis in my left foot and leg, and a right knee problem which is growing worse.


As a walker and one who relies on my self to get around, especially to Mass and Adoration, these two afflictions have proved to be serious.

Thanks so much for your prayers. All for the glory of God...

Feast Day of Thomas a Becket 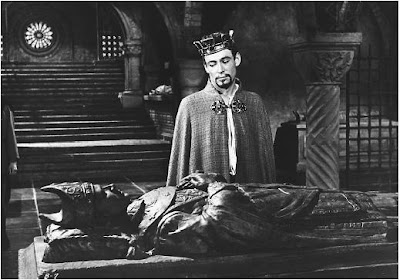 Tomorrow is the feast day of Thomas a Becket. Those of us in the modern world do not appreciate that his shrine was one of the largest and most popular pilgrimage destinations in Europe until Henry VIII ruined it.

The shrine appealed to all those who saw the tensions between Church and State as realities, and that Thomas represented the true hierarchy of Church over State.

The Church has the right and duty to not only educate those who work for the State, but to actually help form the basis for State government.

This simple fact has been lost by the Protestant emphasis on the separation of Church and State, a false teaching meant to diminish the authority of the Church in government, politics, the economy and society in general.

How common but how silly it is to think that man is only material, and without a soul. All laws and customs of a State must be built on this fact-that the goal of life is heaven, not earth.

Becket's life and death remind us that we need to make choices daily which include the realization that we are not dualistic beings, but persons with spiritual and physical needs. Becket reminds us that the Church is first and States are second in the hierarchy of truth, morals, virtues, and organization.

The City of God dwells within the City of Man, but sadly, too many people, including clerics, have wanted the Church to serve the State instead of having the State protect the Church.

That is the duty of a true State-to protect God's one, holy, Catholic, and apostolic Church from Her enemies. Becket points to the sad truth that too often the State persecutes the Church.

It is easy to see why the shrine at Canterbury was one of the first to be destroyed by the very king who took the Church and crushed it in order to make a new one, a false one, totally under the power of the State.

Becket's tomb and shrine would have been a constant reminder of Henry's sins and his taking authority away from the Pope and clergy.

So, the shrine, the tomb, the relics had to go.

Many years ago, I was at the Venerabile in Rome for this feast day. The Anglican cleric in charge of keeping the skull of Becket at the Anglican parish in Rome brought the glass casket to the seminary for all of us to venerate. I remember as if it were yesterday going up to the altar and looking at the skull with the mark of the broad sword, and kissing the glass case.

Honor Becket. His presence in the Church Victorious will be more and more a sign for us in the time to come.

Email ThisBlogThis!Share to TwitterShare to FacebookShare to Pinterest
Labels: English, saints and martyrs, thinking like Catholics, Thomas a Becket 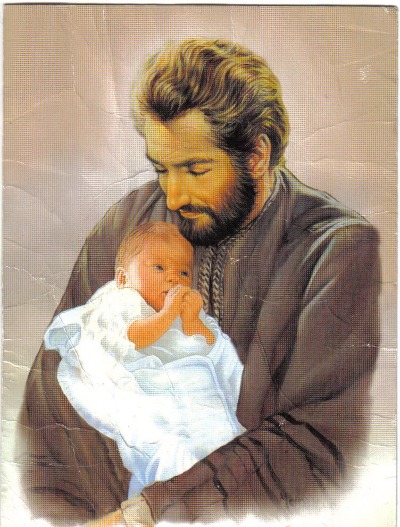 I have been observing families all over America and in some countries of Europe over the past several years. I also have reflected on my own upbringing and on my own small family.

Parenting styles have become more and more inconsistent over the years. I actually blame the fact that parents have wanted to be friends with their children on an misunderstanding or refusal to take God-given authority over one's children.

But, even in years past, pre-Vatican II if we Catholics want to have a point in time in which to place changes in family life, parenting styles were becoming more and more fluid.

Even in the 1950s, one could see patriarchies in the Midwest of American having differences of interpretation. As I grew up among Swedes, Norwegians, Germans, Luxembourgians and Czechs, the families were based on patriarchies.

Ireland, England, and Malta are matriarchies.

But, even within these larger categories, parenting styles vary.

I see that some parents want to be parents always, which is good and bad, but not necessarily respecting their adult children as adults.

I see some parents stopping being parents as soon as the children leave home, living very separate lives on purpose from their children.

I see parents disagreeing on parenting styles in families, causing confusion among the children and causing a disgust with authority based on an unreal, antagonistic view of what and how a couple should act with children.

More and more, I am witnessing a huge problem of parents not training their children to respect adults.

This, sadly, is very obvious in Malta.

But, one thing is clear-that the Catholic ideal of parenting is rarely employed, people falling into ethnic or dysfunctional models learned as children.

A real sign of the decay of the West is the lack of parental, specifically paternal authority. Only when a biological father decides to be a real spiritual and psychological father can there be stability in a family.

I intend to reflect on my large sample of experience, but also to look into what the ideal family should look like, as God has a plan for families. This plan does not mean that we are to live like cookie-cutter parents, but that within a framework of the true religion, there is a way for stability and spirituality within the family.

One thing is very clear--the matriarchal model is not only dangerous but an aberration to be corrected.  I am not sure in some cultures that this is possible until fathers and husbands decide to embrace the authority given to them by God.

Because of rough seas, our ferry this morning crossed over to the far side of Comino. Now, I would love to live on Comino, but there are only four people living there now.  It is a bird sanctuary and I would love that as birds are my favorite animals.

Apparently, when the weather in the past was too awful for the priest to come on Saturday night and Sunday morning for Mass, the residents use to face the Mass being held on the Gozo mainland church of Our Lady of the Rock, and follow the Mass with semaphore like flags...I do not know for sure if this is true, but it makes for a great legend.

Comino is a rock with scrub brushes, but if I could get the wifi there and go to the chapel daily, I think this would be a great place for a semi-contemplative.