"What a funny face! Are you a woman, really? Or an artichoke?”

Posted by Supertradmum
Will blog on Friday, but  late in the day...sorry, but I shall be on the move. Pray for me as I am still ill.

We are fools for Christ's sake, but you are wise in Christ; we are weak, but you are strong; you are honourable, but we without honour.   1Cor: 4:10 DR 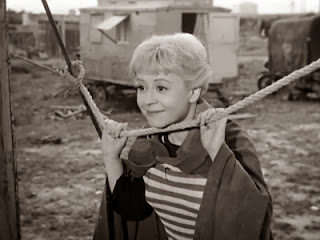 I may change my name to Gelsomina.

Posted by Supertradmum
Gloria TV, thanks for the pick ups. An honor.....

More Dominican Posts for Those Who Missed These

Doctors of the Church Series Reminder

Posted by Supertradmum
I have over 100 posts on the Doctors of the Church, including St. Albert, who has a feast day tomorrow.

Here is one to get you jump started.

Posted by Supertradmum
I shall save the best one until last, the Universal Doctor of the Church, Thomas Aquinas, and as we already looked at St. Catherine of Siena, a Third Order Dominican, I can concentrate on St. Albert the Great today.

Again, I am emphasizing the spirituality of these wonderful saints with a view to the journey to perfection. It would take ten lifetimes to examine all the writings of these great minds and great souls.

St. Albert the Great was the teacher of Thomas Aquinas. We do not know exactly when he was born, but he died in 1280 and was no older than 87.


He has much to say on everything, having written at least 31 volumes. Here is a little selection on perfection. It is interesting that this section, a reading for Ash Wednesday is used. There are no accidents.

On the highest and supreme perfection of man, in so far as it is possible in this life

I have had the idea of writing something for myself on and about the state of complete and full abstraction from everything and of cleaving freely, confidently, nakedly and firmly to God alone, so as to describe it fully (in so far as it is possible in this abode of exile and pilgrimage), especially since the goal of Christian perfection is the love by which we cleave to God. In fact everyone is obligated, to this loving cleaving to God as necessary for salvation, in the form of observing the commandments and conforming to the divine will, and the observation of the commandments excludes everything that is contrary to the nature and habit of love, including mortal sin. Members of religious orders have committed themselves in addition to evangelical perfection, and to the things that constitute a voluntary and counselled perfection by mean s of which one may arrive more quickly to the supreme goal which is God. The observation of these additional commitments excludes as well the things that hinder the working and fervour of love, and without which one can come to God and these include the renunciation of all things, of both body and mind, exactly as one’s vow of profession entails. Since indeed the Lord God is Spirit, and those who worship him must worship in spirit and in truth, in other words, by knowledge and love, that is, understanding and desire, stripped of all images. This is what is referred to in Matthew 6.6, ‘When you pray, enter into your inner chamber,’ that is, your inner heart, ‘and having closed the door,’ that is of your senses, and there with a pure heart and a clear conscience, and with faith unfeigned, ‘pray to your Father,’ in spirit and in truth, ‘in secret.’ This can be done best when a man is disengaged and removed from everything else, and completely recollected within himself. There, in the presence of Jesus Christ, with everything, in general and individually, excluded and wiped out, the mind alone turns in security confidently to the Lord its God with its desire. In this way it pours itself forth into him in full sincerity with its whole heart and the yearning of its love, in the most inward part of all its faculties, and is plunged, enlarged, set on fire and dissolved into him.

Albert is stressing the loneliness and individuality of our walk to perfection. This movement of the Holy Spirit takes intense prayer.

Email ThisBlogThis!Share to TwitterShare to FacebookShare to Pinterest
Labels: St. Catherine of Siena

Thoughts in Autumn in Illinois on The Two Cities

Posted by Supertradmum
Too late have I come to this state. Already winter is taking over. It is really cold.

Chicago is a daunting place, too energetic for me. London is different, as one identifies
with a village, a town, once separated, now part of a larger identity. But, one in London
is still from Bayswater, or West Kensington, not merely London.

Here, the Chicagoans want to identify with this amorphous place. I used to visit
this bustling city as a teen, shopping with my mom after Thanksgiving, when the
cold wind ripped through one's coat. Exciting and optimistic times died in the
grass-roots of Alinsky. This Windy City is about to experience a sea-change.

Now, I am glad to be leaving this place, for all of its energy is focused on the
City of Man and not the City of God. One senses the brain fog, like the grayness
of the Lake, numbing people into thinking the same old same old will continue.

It will not. It is not. I grieve a bit at the lack of understanding I am finding here.
Too many people think America will not become like the broken big brother
of Europe, too many people believe Americans will rise up against tyranny.

That Americans have chosen tyranny for years seem to escape their imaginations.

Where are the leaders and the heroes among the Catholics?

A quiet hush hides the machine of change. It is the complacency of the City of Man.

Do Catholics understand St. Augustine's definitions of the City of God as opposed to the City of Man?

Are they thinking of the differences? The City of God must be built even as the City of Man decays. The City of God is not a millennial-type of utopia, but the spiritual city to which we, as baptized Catholics, all belong.

But, it must be built. It just "does not happen".

As Rome was falling to bits, a new society was being built, with blood, sweat and tears-the blood of the martyrs, the sweat of the bishops and clergy and the tears of prayer.

Seriously, I am concerned about priorities among Catholics here. "We look for the resurrection of the dead and the life of the world to come."

Our priority since baptism is eternal life. But, again, this just does not happen.

I had a lovely student years ago who was not turning in bi-weekly updates on a history project. Finally, after much discussion and follow-up on my part, the term ended. The young lady, when asked, yet again, where her project was, said to me "It just did not happen."

Her passing grade did not just happen, either.

She was given ample opportunities to meet me, work with me, show me her progress.

It just did not happen. Some people do not understand what work actually means.

Work as you have never worked before in the Church Militant to build up the City of God.

Email ThisBlogThis!Share to TwitterShare to FacebookShare to Pinterest
Labels: doctors of the Church, latin doctors, St. Augustine of Hippo

Posted by Supertradmum
Why are some Catholics still arguing about ORDINATIO SACERDOTALIS ?

Do they not get it that this is a final statement, an infallible summary of the long teaching of the Church
on the male priesthood?

I get so bored with women and men bringing up this subject, as if it is open for discussion.

One section of the document as a reminder:

The Declaration recalls and explains the fundamental reasons for this teaching, reasons expounded by Paul VI, and concludes that the Church "does not consider herself authorized to admit women to priestly ordination."(3) To these fundamental reasons the document adds other theological reasons which illustrate the appropriateness of the divine provision, and it also shows clearly that Christ's way of acting did not proceed from sociological or cultural motives peculiar to his time. As Paul VI later explained: "The real reason is that, in giving the Church her fundamental constitution, her theological anthropology-thereafter always followed by the Church's Tradition- Christ established things in this way."(4)
In the Apostolic Letter Mulieris Dignitatem, I myself wrote in this regard: "In calling only men as his Apostles, Christ acted in a completely free and sovereign manner. In doing so, he exercised the same freedom with which, in all his behavior, he emphasized the dignity and the vocation of women, without conforming to the prevailing customs and to the traditions sanctioned by the legislation of the time."(5)
In fact the Gospels and the Acts of the Apostles attest that this call was made in accordance with God's eternal plan; Christ chose those whom he willed (cf. Mk 3:13-14; Jn 6:70), and he did so in union with the Father, "through the Holy Spirit" (Acts 1:2), after having spent the night in prayer (cf. Lk 6:12). Therefore, in granting admission to the ministerial priesthood,(6) the Church has always acknowledged as a perennial norm her Lord's way of acting in choosing the twelve men whom he made the foundation of his Church (cf. Rv 21:14). These men did not in fact receive only a function which could thereafter be exercised by any member of the Church; rather they were specifically and intimately associated in the mission of the Incarnate Word himself (cf. Mt 10:1, 7-8; 28:16-20; Mk 3:13-16; 16:14-15). The Apostles did the same when they chose fellow workers(7) who would succeed them in their ministry.(8) Also included in this choice were those who, throughout the time of the Church, would carry on the Apostles' mission of representing Christ the Lord and Redeemer.(9)