...and I cannot raise money for a house of prayer.

Just a hint for today...

The Responsibility of Christians in The Market Place

Posted by Supertradmum
Recently, I was struck by the types of things sold in religious stores, either Catholic or Christian. Now, I worked as an assistant manager in my early youth in a Catholic store, in charge of all the ordering and selling of the books, as well as curriculum. That particular shop sold religious items, pictures, medals, statues, nativity sets, etc. from Europe.

In those days, nothing "Catholic" was made in China.

In 2010, my son and I discovered faux Benedictine medals in a Catholic shop. The normal Benedictine inscription on the medals had been dropped for nonsensical letters, not the traditional Benedictine abbreviations. We told the owner, who took them off the shelf. She returned them to the company. From that time, I have been extremely careful to buy European, mostly Italian, Benedictine medals and other medals, avoiding those made in China.

Not too long ago, I had a discussion with two shop sellers, in different states, about this problem. The one store salesperson was grateful for the information, but the other, until I began to explain the problem, was defensive. She said that most of the Catholic companies have stopped buying things from Europe, as these items were more expensive.

I told her that to sell Benedictine medals without the proper inscriptions would be deceitful and misleading to the public. She then claimed she was not in charge of buying, and knew that the owner wanted to buy cheap and sell cheap.

At the retreat, almost a month ago, the priest giving the talks, Father Dan, told us that infestations of demons in houses, at least in one case about which he knew, was caused by faux Catholic medals being hidden in a statue depicting the Holy Family, bought at a Catholic shop, The item attracted demonic activity because of this. The statue had been made in China, and, as well, presumably, the faux medals.

Years ago, a daughter of a friend of mine was given a statue of an angel called Uriel for a confirmation present. We are not allowed to honor this angel, who is mentioned in Rabbinic and kabbalistic literature, as well as in some translation of Esdra 2. However, in the Catholic tradition, we only honor three angels, who are called saints, Michael, Raphael, and Gabriel.

Several New Age and cultic "churches" honor Uriel as a modern day messenger giving gnostic knowledge to their congregations. I wrote about such a cult years ago here on this blog and warned people of one such group.

The family took the statue outside, as it was not blessed, and smashed it, throwing it away.

This summer, I have seen occultic items in Christian bookstores which are not Catholic. I have seen a Catholic bookstore which only sells statues from China, and when I discussed this with the seller, she told me some of the big companies, which use to supply religious items from Europe, now only supply Chinese items.

China hates America and Christianity, and especially Catholicism. Why should China make things for the Catholics, who buy religious items, which are good and true?

Only scholars should have Protestant Bibles in their homes for study as well. The Church in the past has been clear about the use of proper translations both in the Liturgy and in prayer meetings. Falsity comes in many forms.

We open ourselves up to demonic activity in homes by using false or heretical items. Father Dan described the exorcist destroying the false statue and medals, then exorcising the house, and the poltergeist went away. A priest is trying to help a friend of mine, who is experiencing poltergeist. He suggested the members of the family to try and find a thing which is attracting the demonic activity. Objects, as well as events, cause infestations.

Suppliers and sellers of Christian and Catholic religious items owe us not only quality products, but real products, which are truly, for example, Benedictine, or truly a saint or angel, and not false products depicting false words or images.

However, too many people who buy and sell seem ignorant or, as one shop keeper told me, the suppliers have abandoned European products.

Not me. If I need to buy a religious object, it must be made in Italy or Spain.

Spiritual warfare came occur by stealth, as well as by the obvious.

Posted by Supertradmum
I am still worn out from the histamine reaction and from another issue. I shall try and post later, but I may choose to have an unusual "down day".

Even supertradmums get tired once and a while..... 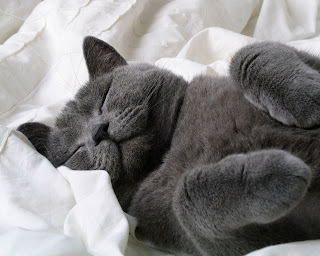