To stand up against the tyranny of the majority

Posted by Supertradmum
This photo and the following translation are taken from this site. http://www.senrinomichi.com/

Go to the site for the fantastic photo.

This site started as an earthquake support site mostly. But, the photo and translation speak for themselves. I put these on as reminders that we all must face consequences for standing up to tyrannies.

The photo was taken in Hamburg in 1936, during the celebrations for the launch of a ship. In the crowed, one person refuses to raise his arm to give the Nazi salute. The man was August Landmesser. He had already been in trouble with the authorities, having been sentenced to two years hard labour for marrying a Jewish woman.
We know little else about August Landmesser, except that he had two children. By pure chance, one of his children recognized her father in this photo when it was published in a German newspaper in 1991. How proud she must have been in that moment.

Email ThisBlogThis!Share to TwitterShare to FacebookShare to Pinterest
Labels: decline of the West

Pro-lifers go to this link and vote. We are in the minority at the moment.

Posted by Supertradmum
Michael Voris and his team are travelling into the Muslim part of Nigeria this week to spread Catholic Teaching and make videos for us back "home". 40 Catholics were killed in that area on Christmas Day. Please pray for his and his team's safety. Remember, that area suffers under violence from the Boko Haram, whose work in seen in a Telegraph article of this week.

Email ThisBlogThis!Share to TwitterShare to FacebookShare to Pinterest
Labels: Voris

Are Priests Afraid of Hell? Do Some Bishops Not Believe in Excommunication?

Posted by Supertradmum
The current events in America and the lack of Faith in Europe point to a common omission in the past forty years on the part of catechesis of children and adults in the Catholic Church. I have not heard but three sermons on Hell in forty years. I have a steel trap memory for such things. I have known hundreds of priests, working in Catholic institutions most of my life, going to daily Mass when my work permitted.

Three sermons in forty years shows me that priests are afraid of Hell and damnation. Some excellent priests teach online and in the media. One of those priests teaches off and on at seminary. Now, before I go further, I want to stress that I daily pray for priests, and by name. I pray for seminarians. I am critical because I want priests to get to Heaven and I want their flocks to get to Heaven. Simple. But, today, I must be Daniel and walk into the courts to write a truth, which is always unpopular.

The concepts of Heaven, Hell and Purgatory are teachings of the Catholic Church and many other Christian denominations and the Orthodox Church, our siblings in the Faith, all.

The Catechism of the Catholic Church refers to Heaven and Hell: in Part One, one can find the teachings on Heaven, Hell and Purgatory, as well as on the particular and final judgments. Here is part of that part:

1033 We cannot be united with God unless we freely choose to love him. But we cannot love God if we sin gravely against him, against our neighbor or against ourselves: "He who does not love remains in death. Anyone who hates his brother is a murderer, and you know that no murderer has eternal life abiding in him."612 Our Lord warns us that we shall be separated from him if we fail to meet the serious needs of the poor and the little ones who are his brethren.613 To die in mortal sin without repenting and accepting God's merciful love means remaining separated from him for ever by our own free choice. This state of definitive self-exclusion from communion with God and the blessed is called "hell."
1034 Jesus often speaks of "Gehenna" of "the unquenchable fire" reserved for those who to the end of their lives refuse to believe and be converted, where both soul and body can be lost.614 Jesus solemnly proclaims that he "will send his angels, and they will gather . . . all evil doers, and throw them into the furnace of fire,"615 and that he will pronounce the condemnation: "Depart from me, you cursed, into the eternal fire!"616
1035 The teaching of the Church affirms the existence of hell and its eternity. Immediately after death the souls of those who die in a state of mortal sin descend into hell, where they suffer the punishments of hell, "eternal fire."617 The chief punishment of hell is eternal separation from God, in whom alone man can possess the life and happiness for which he was created and for which he longs.
1036 The affirmations of Sacred Scripture and the teachings of the Church on the subject of hell are a call to the responsibility incumbent upon man to make use of his freedom in view of his eternal destiny. They are at the same time an urgent call to conversion: "Enter by the narrow gate; for the gate is wide and the way is easy, that leads to destruction, and those who enter by it are many. For the gate is narrow and the way is hard, that leads to life, and those who find it are few."618

Since we know neither the day nor the hour, we should follow the advice of the Lord and watch constantly so that, when the single course of our earthly life is completed, we may merit to enter with him into the marriage feast and be numbered among the blessed, and not, like the wicked and slothful servants, be ordered to depart into the eternal fire, into the outer darkness where "men will weep and gnash their teeth."619

1037 God predestines no one to go to hell;620 for this, a willful turning away from God (a mortal sin) is necessary, and persistence in it until the end. In the Eucharistic liturgy and in the daily prayers of her faithful, the Church implores the mercy of God, who does not want "any to perish, but all to come to repentance":621

Father, accept this offering from your whole family. Grant us your peace in this life, save us from final damnation, and count us among those you have chosen.622


The message is clear, and if one wants backup, read the New Testament, the Fathers of the Church, Aquinas, and many others. The list is long.

So, why do priests not speak of Hell? I am convinced that the loss of Faith in America and Europe can be attributed to the denial of consequences for sin. No Hell, why not sin?

Adult Catholics have the duty to learn the teachings of the Church on their own, using all the massive amount of information, including the Net, which is available to them. One cannot use the excuse that "Father never told us there was a Hell."

But, there is a whirlwind of evil in seminary training. I know this. Some seminarians are being taught either that there is not a Hell, or a Purgatory, or that no one is in those "places". I do not want to get into the nature of the afterlife, but point out one very influential priest who is making a television series in Chicago on Catholicism. He is a priest who has been on EWTN and in the press and has a gift of teaching. However, he does not believe that anyone is in Hell, which denies the age-old teaching of the Church on punishment and consequences for sin. Christ is God and He referred to fire. Our bodies are part of who we are. We shall have our bodies in Eternity. 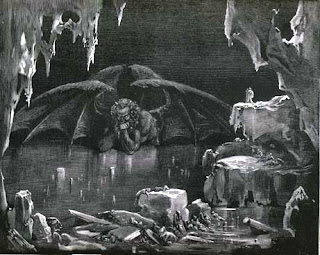 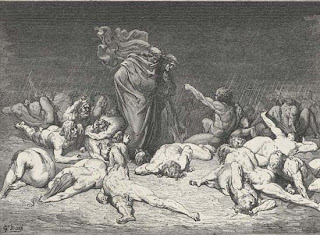 Denying that there are people is Hell is denying Hell. Why would Holy Mother Church give us teaching on an empty state or place? Here are two of the videos, and the priest is Father Barron. If he wants to remove this from the Net, he may do so. He uses the word "hope" in reference to no one in Hell, but he has watered down the real message. He has taught the same thing in his seminary classes. There are two videos. There and here. The first one is much better than the second. He uses references such as Augustine and Aquinas, which is good. But, he also quotes Barth and von Balthasar, the second who I gave up as a heretic after studying him for years as a doctoral student. And, here is one of the huge problems with today's seminary training. The students have skipped the basics and moved on to discussions of theology, some topics outside the doctrines and dogmas of the Church. These young men do not know the Catechism, or Trent, or the Encyclicals, or the Syllabus of Errors, yet they are studying Barth and von Balthasar. How short-sighted, and plainly, as a teacher at the college level for years, how stupid. There are no core classes in some seminaries, but only what the instructors want to teach from their own private studies. Many young men coming into Fr. Barron's classes would be confused and misled. These students are lacking in a solid background in the core ideas of the Faith. Some have never read Aquinas or Augustine, or if they have, only snippets. No dubious discussions of theological questions should be discussed without firm foundations of the Tradition and Revelation of the Faith, the Church.


However, a reminder, theologians do not determine what is given through the Teaching Magisterium of the Church-the Holy Spirit does. Now, some might say that the hope that there are no people in a state of desolation is allowed.  I do not think any approved teaching of the Catholic Church has ever defined that Hell is empty. 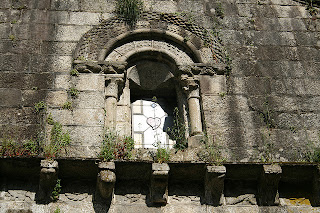 By the way, C.S. Lewis, quoted twice by the above priest, was not a Catholic and had a distinctly Protestant approach to revealed Truth. He stayed outside the True Church. His works are good, but limited, and he cannot be compared to Augustine or Aquinas. We can pick and chose our private reading, but the Teachings of the Church stand like rocks. This is one reason why I am a Catholic. The Truth sets one free and does not confuse.