In the French countryside

Posted by Supertradmum
Oh my goodness, but the French countryside is beautiful. I kept hearing about how green Ireland was and is, but here, in the Diocese of Lucon, the grass is just as green and the birds as plentiful. A monastery was established in this area of the Vendee as early as the seventh century, but the diocese dates to the fourteenth.  The present Bishop is Alain Castet and he has an excellent reputation. The Vendee is a lovely, agricultural area, as well as vacation spot. One has a sense of history here, but as in other places in France, the Catholic history has been marked with terrible persecution. That the State is in control even of some areas which Americans would demand a separation of Church and State is here obvious. 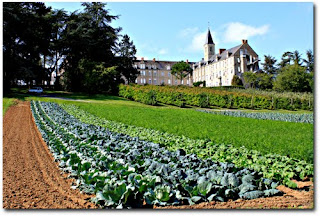 Where are the European Conservative Catholics?

Posted by Supertradmum
For those who want more political postings, I would like to mention that there is a lot of self-deceit in the in Catholic populations of at least three islands, Ireland, England and Malta, as to the lack of true conservationism among even traditional Catholics. I find this odd, but have met it in the United States, albeit not recently, as the lines are being drawn in the sand, as it were, concerning morality vs. immorality and religious rights vs. tyranny in the States. In the small but significantly important Catholic communities of the islands mentioned, the truly conservative and "right" side of the aisle. Why the conservatives in Great Britain, for example, are pro-civil union for gays and also pro-abortion proves the lack of a grass-roots Catholic movement. That so many of the traditional Catholics I met at two Latin Masses express support for the socialist agenda in Ireland and Malta was an amazing contradiction of positions.

The schizophrenia of morals, religious practice and politics highlights the successful infiltration of Marxist ideals in Europe at a whole. Although, technically, the Communist party is outlawed in some nations, the agendas have been adopted by the so-called conservative Catholics. The recent discussions, first in Ireland, about the dissolution of Catholic public education, and the push for the "right-to die" by the conservative government in Great Britain indicate a capitulation of conservative values. Why this has happened is partly these following reasons:

One, the lack of education, especially classical education, has led to a few generations of political "sheep", that is, Catholics who cannot and do not think through the issues. The lack of logic in the curriculum, for example, means that Catholics cannot see beyond the propaganda or the popular message to the roots of political posturing.

Second, the lack of catechesis for at least three generations in Ireland, Great Britain and Malta, means that Catholic adults simply do not know their faith. None I have met had ever heard of the Popes' long battle in encyclicals and other teachings against socialism. One wonders what they have been taught until one meets the teachers, who themselves, are not teaching Catholic social doctrine, but the doctrine of Marx.

Third, Catholics are lazy. No offense, but until one decides to BE a Catholic adult and take responsibility for one's faith, (see my earlier blog in January), and stop blaming bad priests or the lack of homilies, one remains childish and sheep-like, easily led by those who are more clever and more persistent in their agendas.

Four, and this is the sad truth, too much socialism has come out of Rome, not at the level of the Papacy, but through other documents, as we saw last Autumn. This infiltration of socialist, even communist ideals, pollutes the untrained mind and undermines the authority of the Papacy.

Five, there is a lack of lay leadership in the Catholic Church, Catholic politicians who stand up for Catholic, that is natural law and universal values. 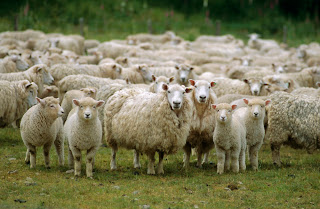 The grass-roots movements in the States,and the happy coalition of the Evangelicals and Catholics can possibly change even the presidency. That Catholics are involved in the pro-life political movements and the anti-homosexual agendas in the States points to adult understanding of the Faith. Sadly, that is missing here.