I have been thinking of several strains of history and political science, as well as the heresy of Americanism.

Now, my thoughts have led me to some questions.

Can a New World Pope understand, really, the Old World hierarchical structure of the Church?

Can a New World Pope realize that the Faith is Europe and Europe is the Faith?

Can a New World Pope know the importance of culture, the culture of music, art, drama, education which was established by the West?

Can a New World Pope appreciate his role as a monarch, the leader not only of the Vatican State and a Bishop of Rome, but also a world leader on the world stage?

Can a New World Pope control a curia which has its roots in Medieval order and Renaissance governance?

Can a post-Vatican II Pope from the New World convince our world increasingly utilitarian and evil to embrace the Beauty Who is God and all the splendour of the Creator?

Can a man from the New World have the wisdom of the European experience of faith, disruption of faith, loss of faith, communism, anarchy and the real need for order?

Is the New World too new? Pray for Pope Francis.

Is anyone else concerned about this?

Posted by Supertradmum
Read this and comment...it is great to get an example of something I have just alluded to in a text.

In this day of "yellow journalism", (and if you are an American and do not know what that means, you are part of the generation who did not have to study the history of your own country), the vast majority of readers miss two things in reading journalism which is superior to editorializing and commentary.

These two interpretations in reading are caused by the dire state of education which has been taken over in the States in the past 40 years by ideologies.

The same can be said of the English school curriculum, part of which I have taught as recently as last year.

The problems stem from several problems with modern education since the 1960s.

Here are the problems.

One, students do not recognize total objectivity in writing. That is, when a writer reports exactly from an objective viewpoint, the ordinary reader cannot distinguish between what the interviewer is reporting and the stand of the interviewee.

Let me give you an example.  If I report on a talk by Mahmoud Ahmadinejad wherein he denies the Holocaust, I am reporting on his interpretation of history. If I make NO comment on that talk, or editorial slant, which should be stated outright by the writer, then the article is about Mahmoud Ahmadinejad's false idea of history and not my own.

Some readers cannot see objectivity because they have not learned to think and read objectively. They are primed to interpret everything in life subjectively and therefore assume everyone is like themselves; that is, subjective.

One can write in an objective manner. One can be taught to think objectively. Part of the problems in communication today between persons stem from the fact that people assume subject reality.

Seriously, this is not the stand of the saint, who is able to stand back and be objective not only about themselves but other people.

For example, a person is talking too much and making errors in a pub. I can step back and think, "This person is under stress and if I am kind, this will defuse the situation."

A subjective person thinks, "This person is a mess and is making my life difficult." And, so on.

Not judging another person's actions means stepping back and examining all the possibilities  This is called prudence and is connected to discernment.

The second problem is that some readers cannot read nuance. Nuance is found in non-objective, subtle writing which appeals to the intellect. 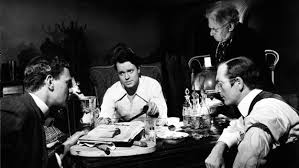 Nuance should be picked up by the discerning readers.

I have had comments from some readers who are not reading what is in the text on the blog but only what they think is in the text. These readers have not been taught how to read.

Nuance is a necessity is one does not want to create a strong editorial stand, but incline a reader to a certain viewpoint. It is perfectly valid.

For example, if I write, "The speaker was nervous", I am making a judgment from body language or speech and this is editorializing.

If I write, "The speaker played with the cuff of his shirt and dropped his notebook twice" one can interpret the nervousness of the speaker by merely looking at the facts. This is objective writing

If I write, "The speaker played with the cuff of his shirt, dropping his notebook twice, actions which caught the attention of some observers", I have created a shade of meaning which the reader can interpret.

I write mostly from an objective point of view, especially when I am reporting some talk or discussion.

That readers think I agree with the discussion or talk if I publish the notes is absurd. To report is not to agree. To interpret is to create nuance or, more strongly, an editorialized piece of writing.

If someone objects to a topic, this reader only has to step back and look at the way in which the post is written.

If someone thinks I agree with everything I post, this reader is not reading carefully.

Readers who cannot read insult writers who are not propagandizing.

To show Catholic teaching as it is in a post is objective writing.

I usually put my comments either in parentheses or in colored text.

Those who cannot read cannot learn or judge correctly.

Those comments go into "delete" if I have tried to explain to a reader how to read but they persist in her own interpretations.

The trouble is compounded by those who already have a preconceived idea of what an article actually states.

Posted by Supertradmum
I have not made any comments here on the landslide victory of the Labour Party on March 9th because I do not know the party stand on abortion or civil unions for people of the same sex.

Ah, the game of summer in America is beginning...

On not wanting to be middle-class....

a snippet from Christina Odone's great article today...
Britons are as class-obsessed as ever. The only difference is that inverse snobbery is so widespread – especially at the BBC – that no one wants to be middle-class anymore. So Twitter has been spluttering all morning with Lefties who want more than anything to be "working-class", but fail miserably because they have a mortgage and hang out with university profs. Damn it, they're thinking: there goes my chance to be on the Today programme or Newsnight.
It's perverse, isn't it? I'm deep in Servants, Lucy Lethbridge's excellent book about Britons on the bottom rung of society. The parlour maids spent their entire lives trying to scrape a bit of money together to afford to leave service and work in a position that would allow them to climb the social ladder. Their common dream was to make it into the middle classes.
Little did they know that a time would come when being middle-class would prevent them from having a voice. I blame the BBC. It has been playing at social engineering for years now. Its regionalist agenda has been exposed as costly and ineffective.

Remember what Solzhenitsyn said about detente?

Kuwait’s parliament approved a law imposing the death penalty on any Muslim who insults God, his prophets, messengers, Prophet Mohammad’s wives or the Koran, in any form of expression, if they don’t repent.
The bill, which adds articles to Kuwait’s penal code, was passed today by 40 lawmakers, including all Cabinet ministers present, and rejected by five Shiite Muslims as well as one liberal lawmaker.
“Islam is a religion of tolerance, peace and acceptance, but that doesn’t mean it should be stepped on,” lawmaker Ali al-Deqbasi told the house before the vote. AbdulHamid Dashti, who voted against the bill, said the law “should be broadened to criminalize those who insult all beliefs and faiths.”
According to the law, judges must give defendants the option of repenting, which, if taken, reduces the sentence to at least five years in prison and a fine of 10,000 dinars ($36,000). Non-Muslims will be sentenced to 10 years in prison if convicted of violating the law, which will take effect after signed by the emir and then published in the Official Gazette within a month of parliamentary approval.

Posted by Supertradmum
A veteran of WWII and a great Catholic dad...

happy birthday to you! Here he is with one of his grandchildren. 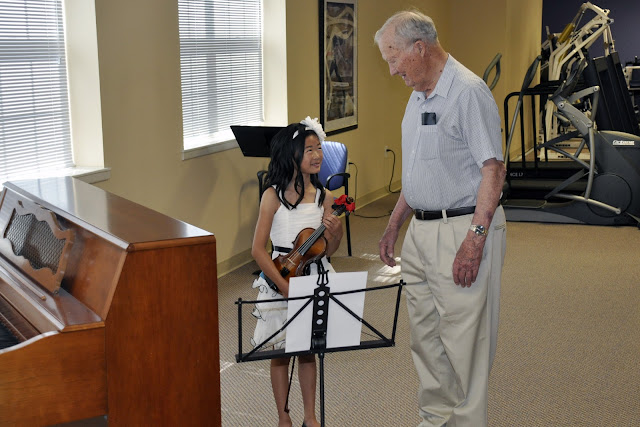 The Marker for the Gallows-the Tyburn Tree

Posted by Supertradmum
This marker has been cracked for some time. It is in a traffic island across Marble Arch. It needs a facelift.

We said a prayer there yesterday. 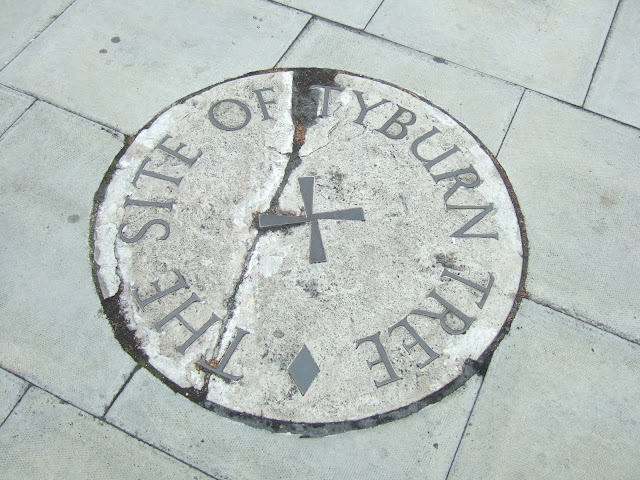 The Martyrs of London 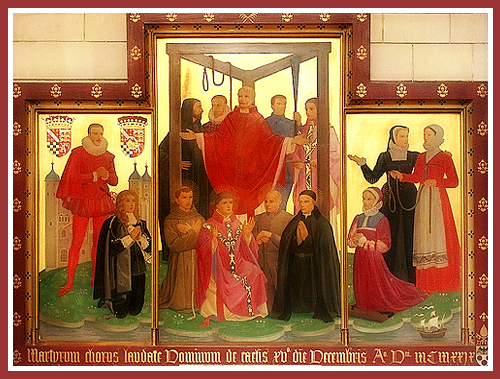 May the great English martyrs pray for us today and always. These brave priests, nuns, lay men and women, brothers, monks and nobility paid a high price for their faith.

Are we ready to do likewise?

Blogging in London and Tyburn

It is so cold here, people are rightly wearing winter gear.

Horrid. My blogging will go back to normal tomorrow night or Friday morning.

As some of you know, I have been in and out of enclosure for ten days. It has been a wonderful experience.

However, I can only get online once a day.

Tomorrow, I leave London and life will resume a lay flavor again.

If there are any girls out there considering a vocation, take a look at this site. http://www.tyburnconvent.org.uk/index2.html

Yesterday, I had the second tour of the Martyrs' Shrine. There are many relics there. If you are near London, make a appointment with the Tyburn nuns to have a tour.

My commentators had great additions to the list yesterday. I suggest a look at the comments.

Great people, out there in blog land.