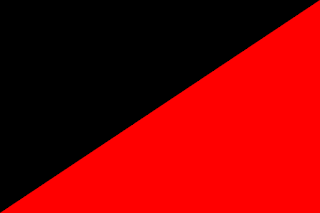 Reason 23,976 why I am a Christian. Joy is a sign of Christian belief. You won't believe this unless you read it. http://www.jihadwatch.org/2012/05/pakistan-muslim-clerics-sentence-4-women-and-2-men-to-death-for-singing-and-dancing-at-wedding.html

British Government Attack on Freedom of Conscience Heats Up 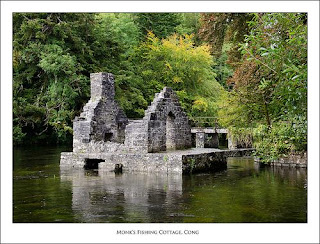 There are many ways to try to destroy the Catholic Church. None have worked. Many have caused pain and misery for Christians through-out the ages. We are heading for a remnant Church.

Things are heating up in Great Britain and in Ireland as to persecution of the Catholic Church. There are three areas of attack with endanger religious freedom in these two countries.

The first is the push for civil marriages for homosexual and lesbian couples.
The second is the increased interference in so-called Catholic schools regarding the curriculum.
The third is the restriction of conscience protection for doctors and nurses.

Here is a complete article from LifeSiteNews on the latest and on-going attack. To use the word attack is not to exaggerate. Those who can should act now, especially voters. Do not ignore this period of consultation. Make your views known, please.

LONDON, May 29, 2012 (LifeSiteNews.com) - A draft of new guidelines titled “Personal beliefs and medical practice” issued by the UK’s General Medical Council warns doctors that exercising their conscience rights to not prescribe contraceptives, including the abortifacient morning after pill, as well as not referring for abortion or performing “gender reassignment surgery,” could endanger their license to practice.
“Serious or persistent failure to follow this guidance will put your registration at risk,” the document forewarns.
Under the guidelines, some circumstances allow a doctor “to opt out of providing a particular procedure because of your personal beliefs and values.” However, this provision is set aside in the case of gender reassignment surgery because, say the guidelines, refusal would amount to discrimination against an identifiable group of patients.
“The exception to this [opt out] is gender reassignment since this procedure is only sought by a particular group of patients and cannot therefore be subject to a conscientious objection. This position is supported by the Equality Act 2010 which prohibits discrimination on the grounds of gender reassignment,” the draft states.
While physicians can refuse to participate in abortions under Section 4(1) of the Abortion Act 1967, the new guidelines state patients seeking “a procedure you have a conscientious objection to” must be referred to another doctor who will carry out the procedure.
The draft guidelines also state that doctors “may have a conscientious objection to providing contraception.” However, they “cannot be willing to provide married women with contraception but unwilling to prescribe it for unmarried women. This would be a breach of our guidance as you would be refusing to treat a particular group of patients.”
Paragraph 54 of the guidelines sums up the restrictions on doctors acting on their personal beliefs with the statement, “You must not express your personal beliefs (including political, religious and moral beliefs) to patients in ways that exploit their vulnerability or that are likely to cause them distress.”
Chief Executive of the General Medical Council, Niall Dickson, said in a statement, “We know that personal beliefs are central to the lives of many doctors and patients.
“Our draft guidance seeks to balance doctors desire to practise medicine in line with their own personal beliefs, whilst ensuring that they are providing patients access to appropriate medical treatment and services.
“We do want to hear what doctors and patients think about the draft guidance and we hope as many people as possible will respond to our consultation by 13 June.”
Bishop Tom Williams, Chairman of the Bishops’ Conference Healthcare Reference Group, criticized the draft guidelines and urged Catholic healthcare professionals to respond to the General Medical Council consultation.
Bishop Williams said in a statement that the GMC guidance “does not have a balanced or positive appreciation of the value of religion,” and that, “Both religion and conscientious objection seem to be treated as problems to be minimised and circumscribed as much as possible.”
He said the guidelines fall far short of achieving their stated purpose and instead have the possibility of creating “an atmosphere of fear in which doctors are prohibited from ever expressing their own religion,” with the result that they “would directly discriminate against certain categories of doctor and indirectly discriminate against patients who may be deprived of a healthcare professional from their community who understands their concerns.” 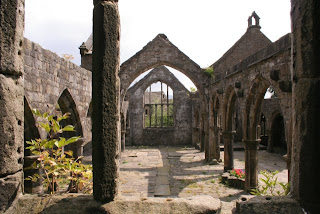 “It is important that the voice of Catholic doctors and patients is heard in this consultation, which ends in mid June,” Bishop Williams concluded.
Dr David Albert Jones of the Anscombe Bioethics Centre, a Roman Catholic academic institute that engages with the moral questions arising in clinical practice and biomedical research, has produceda document outlining key issues of concern in the GMC’s Personal Beliefs guidelines in order to assist healthcare professionals and patients to understand the issues and to respond to the General Medical Council consultation.
“The Anscombe Bioethics Centre echoes this encouragement [of Bishop Tom Williams] to respond to the GMC consultation, as the Personal Beliefs document will be of great and lasting significance for doctors and for patients. The more people who are able to respond, the more evidence this will provide to the GMC of the serious concerns of doctors and patients on these issues,” Dr Jones said.
The Anscombe Bioethics Centre’s “Notes and Key Points on Personal Beliefs and Medical Practice” is available here.
The link to the General Medical Council (GMC) Consultation on Personal Beliefs and Medical Practice explanation page is available here.
The link to take part in the Consultation is available here.
The General Medical Council’s document titled “Personal beliefs and medical practice” is available here. 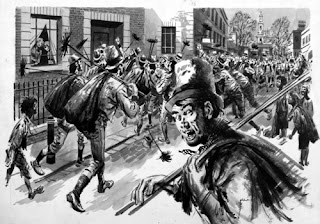